Turkish interior minister Suleyman Soylu had said he would quit after a short-notice curfew caught millions by surprise. 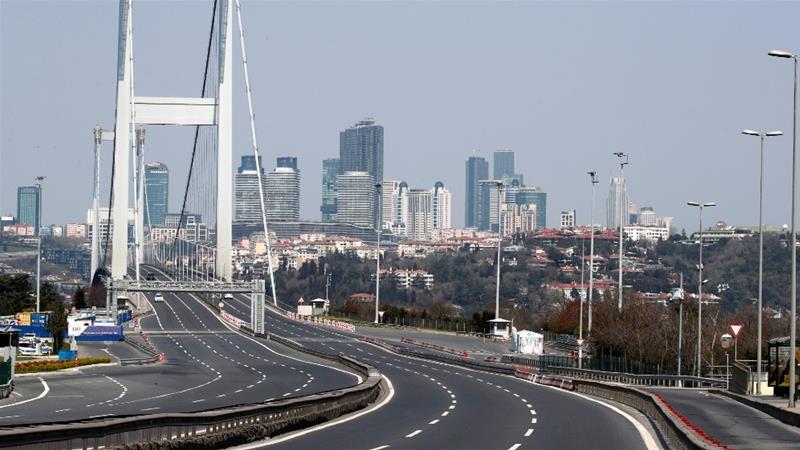 Turkey’s President Recep Tayyip Erdogan has rejected the resignation of his interior minister, who had said he would quit after a much-criticised weekend curfew to tackle the coronavirus outbreak which caught millions of people by surprise.

“In a process carried out diligently and meticulously, the responsibility for all implementation of the weekend curfew to stem the pandemic falls on me in every respect,” Interior Minister Suleyman Soylu said on Twitter on Sunday evening.

Later on Sunday, the Turkish presidency said that Erdogan had not accepted the resignation.

Turkey announced the weekend lockdown late on Friday, but in the brief time before it went into effect, many people rushed out to buy food and drink in the country’s commercial hub Istanbul, a city of 16 million people, and other cities.

“Although in a limited period of time, the incidents that occurred ahead of the implementation of the curfew was not befitting with the perfect management of the outbreak process,” Soylu said.

Soylu, who has held the post since August 2016, said the scenes that took place just following the declaration of the curfew on Friday night did not reflect a smooth implementation of policy.

Soylu added that he had been proud to serve as interior minister and would remain loyal to Erdogan.

If his resignation had been accepted by President Erdogan, Soylu would have been the second Turkish minister to leave his post since the coronavirus pandemic was declared.

Transport Minister Mehmet Cahit Turhan was removed two weeks ago after the ministry drew criticism for holding a tender amid the outbreak to prepare to build a huge canal on the edge of Istanbul.

On Sunday, Turkey reported 97 more deaths related to the novel coronavirus, bringing the death toll to 1,198. The country also has nearly 57,000 confirmed cases since the first patient was diagnosed a little more than a month ago.

As Jordan Seeks to Quell Royal Feud, Allies of Prince Remain in Detention