Home » Middle East » Fight Against Last Vestige of ISIS in Syria Stalls, to Dismay of U.S.

AMMAN, Jordan — An American-backed military offensive has stalled against the Islamic State’s last vestige in eastern Syria — in part because of the enemy that the allied fighting force had expected, and other threats that it very much had not.

Booby traps, land mines and a militant counterstrike during a fierce sandstorm after the campaign began in September have knocked the coalition back on its heels.

And last week, the Syrian Democratic Forces, the Kurdish-led militia that is fighting the Islamic State with American help, suspended operations after Kurdish positions farther north were shelled by Turkey — not far from United States advisers.

American diplomats and generals rushed to ease tensions with the Turks, who consider Kurdish fighters terrorists despite their partnership with the United States.

But the episode underscores the shifting nature of the fight against the Islamic State, also known as ISIS, a still-potent threat as it pivots from its battlefield losses in Iraq and Syria to directing guerrilla insurgencies in the Middle East and beyond.

“Although ISIS’s safe haven in Iraq and Syria has largely collapsed, its global enterprise of almost two dozen branches and networks, each numbering in the hundreds to thousands of members, remains robust,” Russell Travers, the acting head of the National Counterterrorism Center, told senators in Washington last month.

Last week, the Islamic State claimed responsibility for an attack on a bus carrying Coptic Christians to a monastery in Egypt, which killed seven people and wounded 19 others. Dutch officials said in late September said they foiled a large, multisite terrorist Islamic State attack there.

In Jordan, state intelligence officials said they had worked closely with the C.I.A. to thwart more than a dozen terrorist plots in the past several months in the Middle East and Europe.

A classified American military program in Jordan, called Operation Gallant Phoenix, is scooping up data collected in commando raids in Syria and Iraq and funneling it to law enforcement agencies in Europe and Southeast Asia, according to United States military and intelligence officials who described details of the initiative on condition of anonymity because of its secretive nature.

In Afghanistan, the Islamic State’s local branch has conducted a spate of high-profile attacks against civilian and government targets in Kabul while carving out a sanctuary in the country’s east, Mr. Travers said. Other Islamic State affiliates in Egypt’s Sinai Peninsula, Libya, Yemen and western Africa continue to mobilize fighters and execute attacks against local governments and group rivals, fomenting and leveraging instability in these already beleaguered areas.

“ISIS remains an adaptive and dangerous adversary, and is already tailoring its strategy to sustain operations amid mounting losses,” he said. 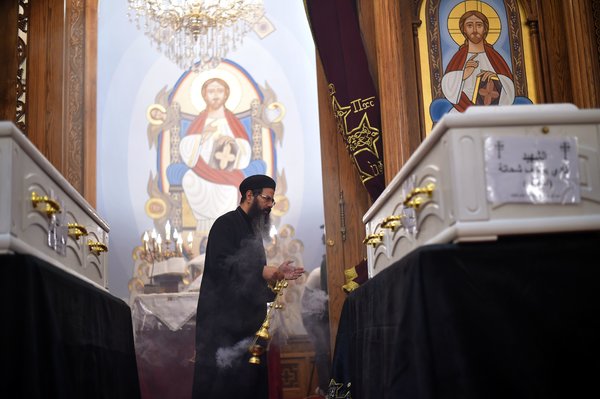 Other networks that are less formally aligned with the Islamic State, including extremists in other parts of Africa, Southeast Asia and the Philippines, continue to conduct attacks that showcase the group’s reach.

To be sure, thousands of Islamic State members — including senior leaders, veteran field commanders and foreign fighters — have been killed in United States airstrikes and partner actions. The extremist group now holds less than 1 percent of the territory it seized in Iraq and Syria in 2014, or about half the area of Manhattan.

But ISIS has reverted to its insurgent roots — an atomized, clandestine network of cells with a decentralized chain of command, Western and Middle Eastern counterterrorism officials said.

The move follows plans that the extremist network drew up in the months before its main strongholds in Mosul, Iraq, and Raqqa, Syria, fell to coalition forces last year.

“We’ve expected that as the physical caliphate went away, the remnants of this would attempt to revive themselves and revive their networks, and take on these insurgent, guerrilla-like tactics,” Gen. Joseph L. Votel, the head of the military’s Central Command, said in an interview in Bahrain last week.

“We’re well prepared for that,” said General Votel, who oversees the American military in the Middle East and Southwest Asia. “These organizations never go away in one fell swoop.”

The number of foreign terrorist fighters, once pouring into Iraq and Syria at about 1,500 a month, has dropped sharply. But the Islamic State still attracts about 100 new foreign fighters to the region each month, Gen. Joseph F. Dunford Jr., the chairman of the Joint Chiefs of Staff, told a meeting of military chiefs in October.

“On its current trajectory, ISIS could regain sufficient strength to mount a renewed insurgency that once again threatens to overmatch local security forces in both Iraq and Syria,” the Institute for the Study of War in Washington concluded in a recent analysis.

In Iraq, Islamic State sleeper cells in recent months have carried out raids and ambushes against Iraqi security forces and civilians, particularly in Anbar, Kirkuk and Salahuddin provinces.

And as the Islamic State hunkers down in Syria, including in caves and fortified tunnels in Hajin and a few surrounding villages in the Euphrates River Valley, it wields a diminished but still formidable social media prowess to rally its followers on the ground and on the internet.

“It is displaying its wins on its official online channels, including the alleged capture of enemy fighters and the killing and wounding of many others,” said Laith Alkhouri, a senior director at Flashpoint, a business risk intelligence company in New York that assesses the global terrorist threat.

“Its propaganda fronts still produce a range of high-quality content, including foreign language products that promote its evolving narrative of enduring resistance and vitality,” he said.

The fighting in Hajin and nearby villages, where militants hide amid some 60,000 residents, is some of the most intense since the coalition pushed the Islamic State out of Raqqa and Mosul, allied officials said.

The Kurdish-led Syrian Democratic Forces has lost 327 fighters since the beginning of the military operation in September, according to the Syrian Observatory for Human Rights, a group based in Britain that monitors the war through contacts on the ground.

The Islamic State “has been avoiding direct clashes with our forces, relying on targeting with artillery and heavy weapons the obvious routes our fighters are forced to take in order to advance,” said Mustafa Bali, a militia spokesman.

In the last several days, hardened Islamic State fighters using small arms and mortars, and relying on a sandstorm as cover, counterattacked. They killed several militia troops and regained territory the extremist group had lost to the American-backed coalition a few days earlier.

The storm had grounded American and allied warplanes that support the militia on the battlefield — a vulnerability United States officials said ISIS fighters were keenly aware of and exploited. The militia rushed 1,000 more troops from northern Syria to the combat zone, joining the several thousand already there, a senior American official said.

Now, American and coalition officials said, the military offensive that was planned to be wrapped up by December looks like it will drag into early next year. And that was before Turkey, a NATO ally, attacked Kurdish positions in northern Syria, prompting Kurdish commanders to suspend its offensive against the Islamic State.

Mr. Bali said the pause would continue until the United States and its allies “stop the Turkish hostility and remove its threat.”

The offensive against the Islamic State in Syria has sputtered before.

Earlier this year, thousands of Kurdish fighters and commanders who make up the backbone of the Syrian Democratic Forces diverted to defend Afrin, in Syria’s northwest, where other Kurdish militia forces were facing sharp attacks from Turkish troops.

Last Friday, top Pentagon and State Department officials spoke to Turkish officials to defuse the latest tensions. After meeting with his Turkish counterpart in Washington, David Hale, the under secretary of state for political affairs, “called for a halt of exchanges of fire in the area, and underscored the need for stability in northeast Syria to ensure the enduring defeat of ISIS,” according to a State Department statement.

Allied warplanes, using a break in the weather over the weekend and noting that “ISIS let their guard down,” carried out a flurry of airstrikes against militant command centers over the weekend, Col. Sean Ryan, a spokesman for the American-led command in Iraq, said in an email.

American officials said they were taking the long view of the fight against the Islamic State.

“We still are putting great pressure on them,” General Dunford said last month. “We’re denying them sanctuary from which to plan attacks.”

Those responsible for Beirut 'catastrophe' will 'pay price': PM