JERUSALEM — The U.S. decision to allow Jonathan J. Pollard, the American convicted of spying for Israel in the 1980s, to complete his parole on Friday freed him to move to Israel and ended one of the most rancorous and long-running disputes between the two allies.

It also capped what has been an extraordinary four-year stretch in the two countries’ relationship, during which President Trump’s treatment of Prime Minister Benjamin Netanyahu has been nothing short of lavish.

Mr. Trump broke sharply with his predecessors’ approaches to the Israeli-Palestinian conflict, taking Israel’s side on the status of Jerusalem, West Bank settlements and other occupied territory. His Middle East team applied enormous pressure on the Palestinians in a failed attempt to get them to consider a lopsided peace proposal, then brokered historic normalization accords for Israel with the United Arab Emirates, Bahrain and Sudan — deals that shattered a half-century of Arab solidarity behind the Palestinian cause. 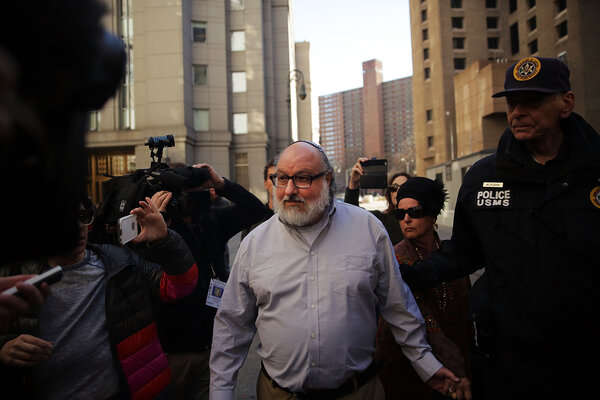 The U.S. and Israel teamed up in confronting Iran and against global diplomatic bodies they considered biased against Israel. And Mr. Trump bestowed other political prizes upon Mr. Netanyahu, some of which helped him in three straight re-election campaigns — most vividly in March 2019, when the American president recognized Israeli sovereignty over the long-disputed Golan Heights.

Here are some of the most noteworthy gifts Mr. Netanyahu has received.

After buoying Palestinian hopes with early talk of striking “the ultimate deal” to resolve the Israeli-Palestinian conflict, Mr. Trump dashed them when he recognized Jerusalem as Israel’s capital and moved the American embassy to Jerusalem from Tel Aviv. That fulfilled a campaign promise of great importance to evangelical Christians, and to many Jews.

Israel claims all of Jerusalem as its capital but the Palestinians consider East Jerusalem, which Israel seized in the 1967 war, the capital of their own future state.

American policy before Mr. Trump had been that the status of Jerusalem should be resolved in peace talks. Congress had repeatedly urged the embassy move, but prior administrations kept it as a bargaining chip to induce Israel to make concessions to the Palestinians.

There was more to come in Jerusalem, much of it provocative, as when the U.S. ambassador to Israel, David M. Friedman, swung a sledgehammer to open an archaeological tunnel under a Palestinian neighborhood of East Jerusalem that was dug by a group leading efforts to bolster Israeli claims of sovereignty there.

Secretary of State Mike Pompeo added a stroke of his own last month, changing passport rules to allow Americans born in Jerusalem to list “Israel,” rather than “Jerusalem,” as their place of birth. Longstanding policy had avoided identifying the city as part of Israel.

The Palestinian response to the embassy move was to boycott the White House. The White House answered with a series of punitive measures.

Seeking to compel the Palestinians to drop their demand for millions of their refugees to be able to return to what is now Israel — a demand Israel has always rejected — the Trump administration cut all funding to the United Nations Relief and Works Agency, which provides aid to Palestinian refugees across the Middle East.

Next, the State Department ordered the closing of the Palestine Liberation Organization’s diplomatic mission in Washington. A month later, it abolished the U.S. consulate in Jerusalem, which oversaw relations with the Palestinians, and folded those operations into the new embassy.

Led by Mr. Friedman, a longtime supporter of the settlements, the administration has repeatedly cheered those who envision the entire West Bank permanently in Israel’s hands.

Annexation was eventually suspended in exchange for normalization of ties with the United Arab Emirates — with the Trump administration offering to sell the Emiratis coveted F-35 fighters as a deal sweetener. Similarly, the administration wooed Sudan by removing it from a list of states that sponsor terrorism.

But many other administration steps helped normalize Israel’s designs on land that the Palestinians want for a future state.

Mr. Friedman pushed to drop the term “occupied” from official State Department references to the West Bank and to adopt the Israeli name for the territory, Judea and Samaria, which underscores the Jewish people’s Biblical roots there. In 2018, he broke precedent and attended an event in the industrial settlement of Ariel.

Last year, Mr. Pompeo, saying the United States “recognized the reality on the ground,” and using the phrase “Judea and Samaria,” rescinded a 1978 State Department memo saying the settlements were inconsistent with international law.

In late October, Mr. Friedman and Mr. Netanyahu signed agreements allowing U.S. government grants to go to Israeli research institutions in occupied territory. The only such institution is Ariel University, funded by Sheldon Adelson, the casino billionaire who is a backer of both Mr. Trump and Mr. Netanyahu.

On Thursday, Mr. Pompeo visited a Jewish settlement near Ramallah, becoming the first secretary of state to do so. He also issued new guidelines for imports from the West Bank, requiring that products made in areas under Israel’s full control be labeled products of Israel. The move could require dates or olives grown by Palestinian farmers to be labeled “Made in Israel” to reach American consumers.

After clashing with President Obama over the 2015 Iran nuclear deal, Mr. Netanyahu found Mr. Trump an approving audience for his denunciations of the agreement as too lenient: Mr. Trump pulled out of the deal in March 2018.

Mr. Pompeo articulated a strategy of “maximum pressure” against Tehran through severe economic sanctions, and laid down a 12-point set of demands of its leaders that could have been drafted by Mr. Netanyahu.

Seeking to repulse Iran’s expansionist moves in the Middle East, Israel mounted a campaign of airstrikes against Iranian forces and their proxies in Syria, Lebanon and Iraq while, with the Trump administration’s encouragement, making common cause with Saudi Arabia, the Emiratis and other Gulf states against Iran.

Mr. Trump’s ordering of the killing in January of Gen. Qassim Suleimani eliminated one of Israel’s most feared adversaries. And an explosion in July that destroyed Iran’s center for advanced nuclear centrifuges, in Natanz, was described by some officials as a sign that a joint American-Israeli strategy was evolving into a campaign of short-of-war secret strikes against Iran.

The Trump administration has repeatedly stood by Israel in its diplomatic fights, as when the United States withdrew from the United Nations Human Rights Council in protest of its frequent criticism of Israel’s treatment of the Palestinians.

The two countries also have assailed the International Criminal Court, of which neither is a member, for looking into potential crimes by American forces in Afghanistan and by Israel in its treatment of the Palestinians. In September, Mr. Pompeo called the I.C.C. a “thoroughly broken and corrupted institution” and announced sanctions on two of its officials.

And the Trump administration has increasingly equated anti-Zionism with anti-Semitism, both domestically and internationally. Building on that, Mr. Pompeo this week announced that the Boycott, Divestment and Sanctions movement against Israel would be deemed anti-Semitic, and that its adherents would no longer be eligible for federal government support.

What is the West's end game in Syria?

U.S. Struggles to Keep Allies in Fight Against ISIS in Syria

Turkish FM: Operation to resume if Kurdish forces do not withdraw