Judiciary says overall figure of those briefly released is 85,000, has taken measures in jails to protect against virus. 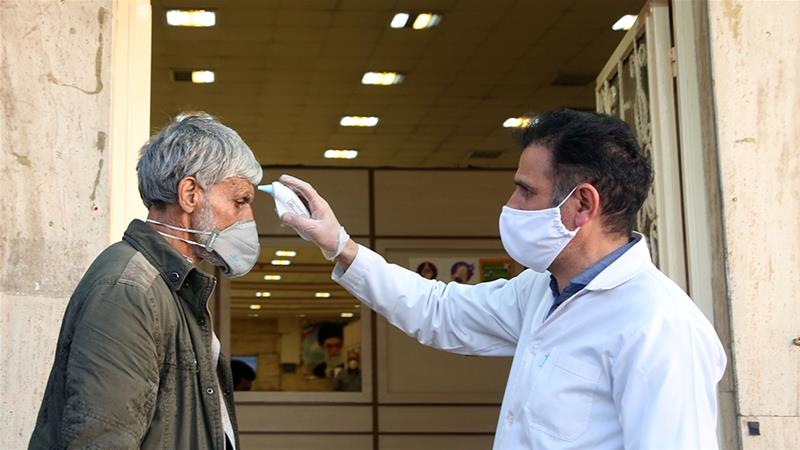 Iran has temporarily freed thousands of additional prisoners, including political prisoners, in an attempt to reduce pressure on its prisons system as the country struggles to contain the spread of coronavirus.

“So far, some 85,000 prisoners have been released,” judiciary spokesman Gholamhossein Esmaili said on Tuesday. “Also in the jails, we have taken precautionary measures to confront the outbreak.”

Reporting from Tehran, Al Jazeera’s Zein Basravi said many of the prisoners who were released most recently, “are likely to be protesters who were arrested during anti-government demonstrations in November”, adding that all prisoners are expected to be taken back into custody on April 3.

The death toll in Iran from the new coronavirus has reached 988 out of total 16,169 infections, one of the worst national outbreaks outside China, where the new virus was first detected late last year.

‘Too little, too late’

Last week, on March 10, Javaid Rehman, the United Nations special rapporteur on human rights in Iran, called on Tehran to free all political prisoners and prisoners of conscience to help stem the spread of the novel virus.

In a February report, Rehman had described how the overcrowded and unhygienic conditions were causing the spread of infectious diseases such as tuberculosis and hepatitis C. Quoting inmates, he said prisoners even had to provide their own soap.

Rehman said Iran’s efforts to contain the coronavirus had been inadequate. “In my estimation, the state has done too little and too late,” he said last week, citing the decision to go ahead with a February 21 parliamentary election involving mass rallies in the holy city of Qom, despite the emergence of coronavirus cases.

“Across the country, we have heard, and we have information, that little action was taken initially and as yet there is still inadequate action,” he said.

Many Iranians have ignored calls by the health authorities to stay at home, but the establishment has closed the country’s holy Shia Muslim sites and shrines in Tehran and Qom, the epicentre of Iran’s coronavirus outbreak.

Iran has struggled so far to reduce the number of infections and has blamed US sanctions for hampering its capacity in the fight against the virus.

Tehran has called on other countries to back its call for a lifting of US sanctions.

Still no date set for reopening of hairdressers
Asia