Israel is holding a parliamentary election on Tuesday, bringing an end to a neck-and-neck campaign in which Prime Minister Benjamin Netanyahu, the veteran politician of the Israeli right and one of the country’s longest-serving leaders, faced the strongest challenge in years.

Mr. Netanyahu’s tenure has been marked by a collapse of peace talks with the Palestinians, confrontation with Iran, armed conflict with Hamas, and hostility toward what he views as plots to isolate and delegitimize the Jewish state.

At the same time, Mr. Netanyahu has overseen an era of healthy economic growth and stability, thawed relations with Sunni Arab leaders and expanded Israeli trade ties in Africa, Latin America and Asia.

The prime minister is entangled in corruption scandals that could lead to his indictment. And he faces stiff competition from a new rival, Benny Gantz, the leader of a trio of former generals who could end Mr. Netanyahu’s 10 uninterrupted years as prime minister.

But Israeli elections are complicated and unpredictable, with many parties vying for votes and at times forming opportunistic alliances to secure a parliamentary majority.

Who are the main contenders?

Final pre-election polls showed Mr. Gantz’s centrist Blue and White alliance, a coalition named for the colors of the Israeli flag, slightly ahead of Mr. Netanyahu’s Likud party, a dominant force on the Israeli right for decades.

Their policy stances are similar, a reflection of how Israeli politics have moved increasingly to the right under Mr. Netanyahu. But while Mr. Gantz has sought allies from across the spectrum, Mr. Netanyahu has reached out to the far right to strengthen his prospects for a parliamentary majority. He even has promised to begin extending sovereignty over the occupied West Bank, which the Palestinians want for a future state, if he is re-elected.

The Blue and White leaders are drawing on their military backgrounds to counter Mr. Netanyahu's contention that only he can protect Israel. Mr. Gantz and his colleagues have also focused on the corruption accusations against Mr. Netanyahu, his biggest vulnerability, to press their case that new leadership is needed.

They have attracted backing from smaller centrist parties. And what remains of the left-leaning opposition has thrown its support behind Mr. Gantz for prime minister. The Labor Party would be likely to recommend Mr. Gantz for the premiership after the election. 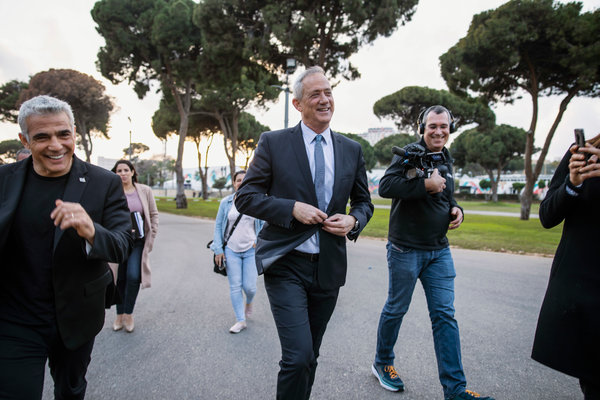 What makes this election different?

Mr. Netanyahu could be indicted. Israel’s attorney general announced last month that he planned to bring charges of bribery, fraud and breach of trust.

A final decision on charges is likely by year’s end. Under the current law, Mr. Netanyahu, if re-elected, would not have to resign until a final conviction, although new legislation or public pressure could force him to step down. Mr. Netanyahu has described the charges as a baseless partisan witch hunt. But with a first sitting prime minister to be charged, Israel would be entering uncharted legal and political terrain.

The uncertainty has worked against Mr. Netanyahu in the prelude to the vote.

“The attorney general’s report has done something that has never happened in Israel’s 70-year history, and that is that a prime minister is under a legal cloud,” said David Makovsky, an expert at the Washington Institute for Near East Policy.

The election also is the first time that three former heads of the army, the Israel Defense Forces, have united to run for office. The Blue and White alliance is led by Mr. Gantz and two other veteran generals, Gabi Ashkenazi and Moshe Yaalon.

They have teamed up with a well-known centrist party, Yesh Atid, led by Yair Lapid, a former journalist, television host and finance minister. Mr. Gantz has agreed to hand off the prime minister position to Mr. Lapid after two and a half years if their parties win.

While Mr. Netanyahu has a strong record of defending Israel, the Blue and White alliance’s military credentials have made it more difficult for him to attack Mr. Gantz and his colleagues as weak on security.

“The question is, will it neutralize the advantage that Netanyahu has accrued over his previous four terms of being ‘Mr. Security,’” Mr. Makovsky said. “He’s said the words Israelis want to hear: ‘I’ll keep you safe.’’’

How does the voting work?

Voters cast ballots for parties, not individual candidates, to fill seats in the 120-member Knesset, or Parliament. The seats are divided proportionally based on the percentage of the vote each party receives.

Any party that wins 3.25 percent or more of the vote gets at least one seat. If parties don’t pass that threshold — and many smaller parties do not — their votes won’t be counted. That will raise the share of seats given to the other parties.

If one party were to win at least 61 seats, it would be entitled to form a government. But this has never happened in Israeli politics. So once the seats have been apportioned, parties try to cobble together coalitions that control a majority of seats.

Polls have suggested that Likud and Blue and White will each get about 30 seats — and means both will be seeking alliances with smaller parties.

Likud is expected to align with a right-wing party known as the New Right, and with an extreme-right alliance known as the Union of Right-Wing Parties, which includes Jewish Power, widely criticized as an extremist, anti-Arab racist party.

Potential Blue and White coalition partners include the Labor Party and the leftist Meretz Party, among others.

Will the outcome of the vote be clear immediately?

The president, Reuven Rivlin, has the discretion to give the party leader with the best chance of forming a majority coalition the first opportunity. Typically, but not always, that opportunity goes to the leader of the party with the most votes, who then has 42 days to try.

If that party leader fails, the president turns to another to attempt to create a coalition. So it could take a few months.

It also is possible that the Likud and the Blue and White coalition would join forces and create a national unity government. In theory, Mr. Rivlin could offer both Mr. Gantz and Mr. Netanyahu this opportunity and they could take turns as prime minister.

Mr. Gantz has rejected that idea, vowing that he will not sit on a government with Mr. Netanyahu, though a leaked recording suggested that he might.

What about the Arab citizens of Israel?

They represent nearly a fifth of the country’s 5.8 million eligible voters, which could give the four Israeli Arab parties a potential kingmaker role. But these parties have never joined a governing coalition in Israel.

And some Israeli Arab voters have vowed to boycott the election, partly in protest of a new law pushed by Mr. Netanyahu declaring Israel as the “nation state of the Jewish people.” Critics have called the law racist and undemocratic.

What about Palestinians in occupied territory?

They are not Israeli citizens and cannot vote in the election. About 4.75 million Palestinians fall into this category, according to the Institute for Middle East Understanding, a Palestinian group in the United States.

Could the election affect a potential peace plan?

Still steeped in secrecy, President Trump’s long-anticipated plan to resolve the decades-old conflict between Israel and the Palestinians is not much of an issue in the election. Nevertheless, it could be affected.

Jared Kushner, Mr. Trump’s son-in-law, who has been leading the administration’s efforts to draft the plan, said it would not be made public until after the election.

Many Palestinians already have dismissed the plan — whatever it may contain — because they see Mr. Trump as siding with Israel. But the plan also faces a threat from the parties of the Israeli extreme right, which see any concessions to the Palestinians as unacceptable. If Mr. Netanyahu needs those parties form a coalition, Mr. Trump’s peace plan may be doomed.

However, if Blue and White wins or forms a national unity government with Likud, that could make way for possible cooperation with the Trump administration on a plan. 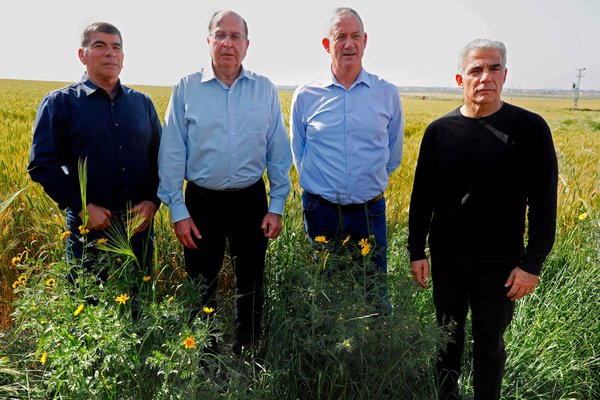 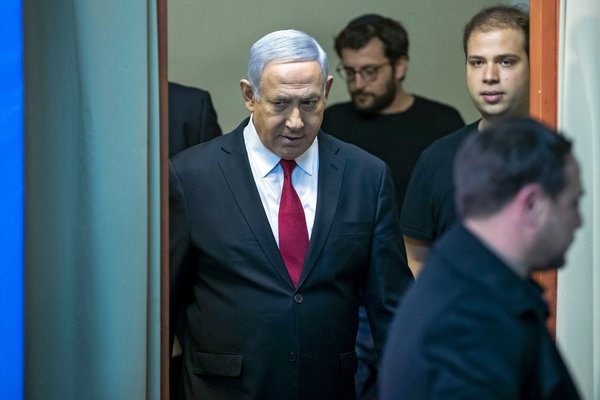 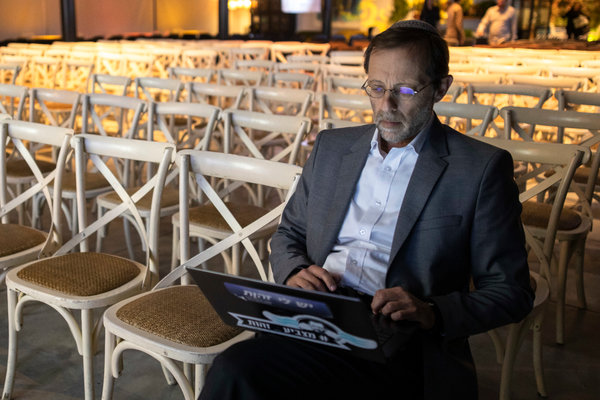 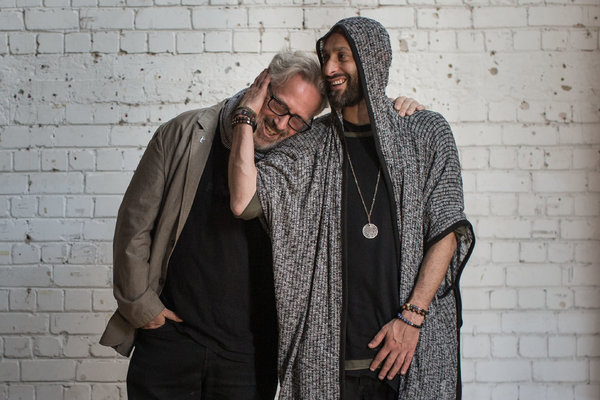 Rick Gladstone is an editor and writer on the International Desk, based in New York. He has worked at The Times since 1997, starting as an editor in the Business section. @rickgladstone

Kashmiri families in Pakistan fear for relatives across border