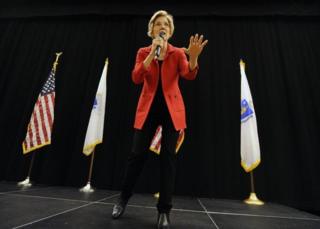 The American mid-term elections are over. The 2020 US presidential campaign begins now. Former US Assistant Secretary of State PJ Crowley has some advice for contenders on how to plan an Iran strategy.

It may be good politics to campaign on Anything But Trump, which is precisely what Donald Trump did with Barack Obama, but it’s the wrong policy approach, particularly regarding Iran.

On the campaign trail in 2016, Donald Trump called the Iran nuclear deal “the worst ever.”

Even though key members of his national security team preferred to both remain in the deal and work to improve its terms, he withdrew the US from it anyway, in no small measure because it was Obama’s signature foreign policy achievement.

This week the Trump administration fully implemented its back to the future strategy on Iran. Engagement is out. Political and economic isolation is back in. Comprehensive sanctions have been restored, focused significantly on the Iranian energy, banking, shipping and shipbuilding sectors.

The US objective is to deny Tehran the resources to carry out its unhelpful role across the Middle East, particularly in conflict countries such as Syria and Yemen, and force a renegotiation of the nuclear deal. 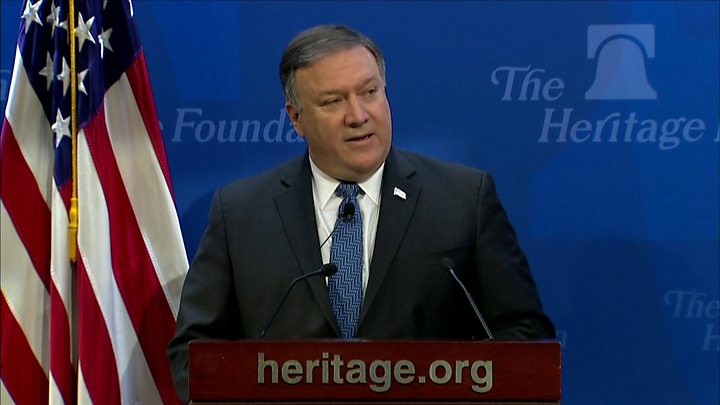 Sanctions haven’t achieved that over the past four decades. They are unlikely to do so this time either.

European governments, supported by China and Russia, may attempt to cushion the impact of sanctions, although enthusiasm for that course has been dampened by news of an Iranian assassination plot in Denmark.

But Trump has read the private sector correctly. International corporations have already broadly retreated. Given the stark choice that the Trump administration presents — do business in Iran or do business in America – that retreat surely will continue.

Strangely, Trump already claims that Iran is a different country. It isn’t. The wars in Syria and Yemen grind on – Iran can make a reasonable case it is winning both of them.

Despite the US withdrawal, Iran continues to respect the terms of the nuclear deal, thanks in large part to effective diplomacy by European leaders.

Even if there is no discernible change in Iran’s foreign policy, will Trump’s revised strategy produce a better nuclear deal? It’s unlikely during Trump’s tenure.

The president craves “wins”. Iran’s Supreme Leader Ayatollah Khamenei won’t give him one.

Why Iran won’t bend – yet

Remember 1980. The hostage crisis over 444 days defined the presidency of Jimmy Carter and certainly contributed to his election defeat.

Iran delayed the release of 52 diplomats and citizens until Ronald Reagan assumed office.

In 2010, the Obama administration instituted a new round of sanctions against Iran in the aftermath of the so-called Green Revolution. It did create a diplomatic opening but it still took months to arrange secret talks, and years to reach an agreement.

Barack Obama stressed in public that he was prepared to engage Iran on the basis of mutual interest and mutual respect.

While Donald Trump has taken a similar approach in his dealings with North Korean leader Kim Jong-un, his rhetoric towards Iran has been much sharper.

While sanctions will take a bite out of the Iranian economy and curtail its ability to sell oil, Tehran will wait out Trump and see what happens in the 2020 presidential election.

That list of presidential candidates is certain to grow. So where should Democrats position themselves?

For starters, recognise the American foreign policy that is, not the one they would construct in the abstract.

Democrats can criticise Trump’s decision to withdraw from the Iran nuclear deal and the strains it created in relations with America’s key allies, although notably not Israel.

But simply returning to the existing Iran deal is a political non-starter.

There’s politics in Iran, too

The conservative critique of the nuclear accord, that it was a bad deal because it didn’t solve every problem the international community has with Iran, is flawed, but it remains politically potent.

Critics who want nothing short of regime change would claim yet again that removing sanctions provided the failing clerical regime with a political and economic lifeline. 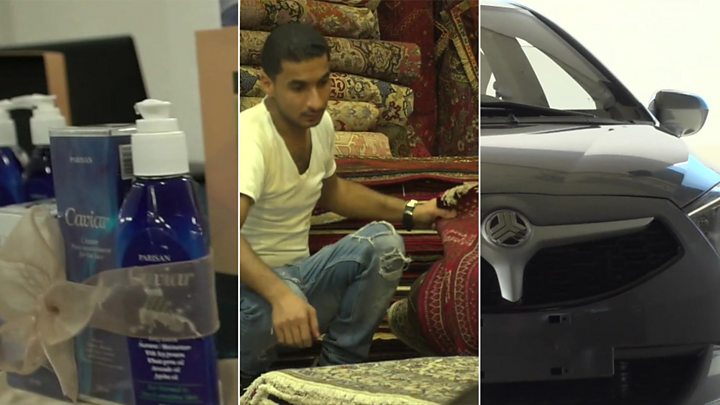 It’s not true, but facts are under assault in this age of Trump.

But even though Trump has taken the wrong approach for the wrong reasons, Democratic candidates should not ignore the leverage his strategy has created.

Politics in America is only part of the equation. Politics in Iran matters as well.

There will be a new president in Iran in 2021. After three years of renewed sanctions, Tehran will be anxious to create new economic possibilities for its restive population.

Not unlike American political sentiment, Iranians want their government to focus more attention on problems at home, not abroad.

Thus, there should be potential incentives for Tehran to re-engage someone not named Trump.

This could put the next president in a good position to renegotiate a more comprehensive agreement that extends the terms of the existing nuclear agreement and addresses a broader set of issues, including Iran’s missile capability.

Although the politics surrounding Iran is complicated on all sides, a strategy that avoids a complete reinvention and starts where Trump ends should gain traction at home and abroad.

The bottom line: A better deal is possible, but only a new president can deliver it.

PJ Crowley is a former U.S. Assistant Secretary of State and author of Red Line: American Foreign Policy in a Time of Fractured Politics and Failing States.

Is a new Arab Spring unfolding in the Middle East?