Officials criticise US policy on Iran and reinforce their position on 2015 nuclear deal, in apparent coordinated effort. 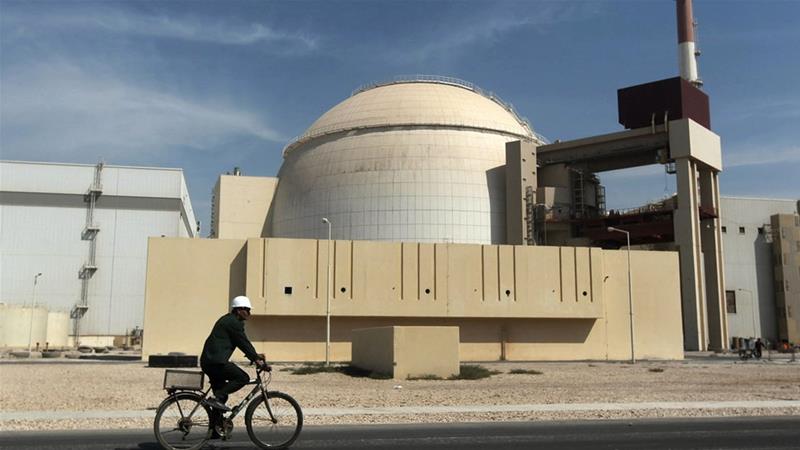 Tehran – Iranian officials have made various public appearances to criticise United States’ policies towards Iran and reinforce their position on the 2015 nuclear deal, in what appeared to be a coordinated effort.

After days of protests and counter-protests in several cities in Iran, the country’s top leaders on Monday shifted their focus back to US’ plans to cancel the nuclear agreement and the looming threat of new US sanctions.

Known as the Joint Comprehensive Plan of Action (JCPOA), the hard-won agreement was signed in 2015 under the Obama administration between Iran and the P5+1 countries – the US, Russia, China, France, the UK and Germany.

In exchange for the easing of sanctions, Iran agreed to halt uranium enrichment.

In October, President Donald Trump began fulfilling his campaign promise of dismantling what he considers a “bad deal” by decertifying it to Congress.

This opened the door for the resumption of US sanctions against Iran. That could happen this week.

For Iranian leaders, it would be a red line; any change to the deal in its original form, they say, would oblige them to pull out of the agreement and restart uranium enrichment as a matter of principle.

At a weekly briefing, foreign ministry spokesman Bahram Qassemi warned the US not to do anything it might regret.

“We have to wait for their decision; as far as Iran’s stance, we have made the necessary predictions about any scenario and all options for different situations are on the table, depending on what the United States decides to do,” Qassemi said.

During meetings with his some of his senior leaders from the economy ministry, President Hassan Rouhani reminded people that whenever the Trump administration has tried to confront Iran, it has failed.

And at a security conference in Tehran, the defence minister addressed a large crowd foreign dignitaries as well as allies in the region, saying American leaders are orchestrating artificial conflicts in the Middle East to create perpetual war as a way to sell weapons.

“We understand well that why the West, especially the US, are pursuing Iranophobia,” Iranian defence minister Amir Hatami said, adding: “This is a total American story that says for the progress of America’s economy, staging wars is inevitable. So, from their perspective, it’s necessary to produce permanent war and tension to sell weapons.”

Federica Mogherini has been a vocal champion of the nuclear deal and talks are expected to focus on how to save it in the face of US threats to scuttle the existing agreement. Or, as a worst case scenario, on encouraging Iran to stay the course, even if the US pulls out of the deal.

According to a report on the agency’s website, in a phone call to Yukiya Amano, Salehi said: “If the United States does not meet its commitments in the JCPOA, the Islamic Republic of Iran would take decisions that might affect its current cooperation with the International Atomic Energy Agency.”

There is broad international support for all signatories to the JCPOA to remain committed to keeping Iran from restarting nuclear enrichment. But Iran has always taken pride in reminding the world it can restart its nuclear programme in a matter of days.

It’s a fact that will be on the minds of Iran’s enemies as well as its allies this week.

US urges India, Pakistan to 'avoid escalation at any cost'

She’s 14, Disabled From a Bomb Blast and One of Iraq’s Top Table Tennis Players