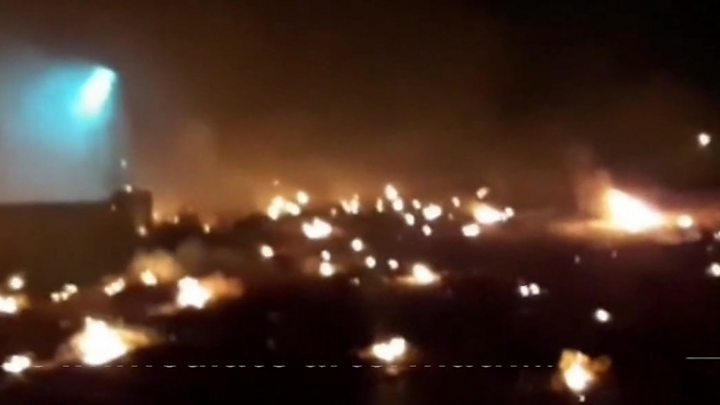 Iran has said it will not hand over black box flight recorders recovered from a plane that crashed with 176 people on board to manufacturer Boeing or to the US.

The Ukrainian Boeing 737-800 went down just minutes after taking off from Tehran’s airport, leaving no survivors.

Under global aviation rules, Iran has the right to lead the investigation.

But manufacturers are typically involved and experts say few countries are capable of analysing black boxes.

The crash came at a time of high tensions between Iran and the US and just hours after Iran carried out missile strikes on two air bases housing US forces in Iraq. There is no evidence the two events are linked.

Normally, the US National Transportation Safety Board would have a role to play in any international investigations involving US-made Boeings. But the board must act with permission and in accordance with legislation of the foreign country concerned.

In comments published by Iran’s conservative Mehr news agency, the head of Iran’s Civil Aviation Organisation (CAO), Ali Abedzadeh, said: “We will not give the black box to the manufacturer and the Americans.”

“This accident will be investigated by Iran’s aviation organisation but the Ukrainians can also be present,” he added.

Mr Abedzadeh said it was not yet clear which country would analyse the black boxes – a cockpit voice recorder and flight data recorder.

Boeing said it was “ready to assist in any way needed”, while Canadian Prime Minister Justin Trudeau said his country expected to have a role in the investigation and had offered technical assistance.

The Ukraine International Airlines flight PS752 to Kyiv had 176 people on board when it crashed in Iran on Wednesday.

The majority of passengers were from Iran and Canada.

Ukraine’s Tehran embassy initially blamed engine failure but later removed the statement, saying any comment regarding the cause of the accident prior to a commission’s inquiry was not official.

There was good visibility when the plane went down near Iran’s capital, according to the Flightradar24 aviation website. Officials from the airline said the crew were experienced.

Ukrainian President Volodymyr Zelensky warned against “speculation or unchecked theories regarding the catastrophe” until official reports were ready.

Iranian media blamed technical problems and quoted an aviation official who said no emergency had been declared.

Mr Abedzadeh said “terrorism” had played no role in the crash, according to Mehr.

Who was on board?

But the German government later said “we currently have no knowledge that German citizens are among the victims of the plane crash in Iran”.

Iran’s head of emergency operations said 147 of the victims were Iranian. That would suggest that 65 of the foreign nationals had dual nationalities. The Ukrainian airline gave a helpline number for further information about passengers: +38-044-581-50-19.

Mr Trudeau said 138 passengers on the flight were en route to Canada via Kyiv.

“All people who won’t be coming home to their parents, their friends, their colleagues or their family,” he said. “All had so much potential, so much life ahead of them”.

Flight data from the Ukrainian Airlines Boeing 737-800 is openly available online. It shows that the plane climbed normally after taking-off from Tehran.

This is unusual and would suggest some type of catastrophic incident on board the plane. We have no evidence at this stage to tell us what caused the incident.

According to a former air crash investigator, any suggestion of engine failure feels premature. This possibility can’t be ruled out at this early stage but an airliner such as the Boeing 737-800 is designed to keep flying if there is an engine failure.

Plus, if there was a failure then we would normally expect the flight data to show the plane’s climb becoming less steep.

Have you been personally affected by this story? Please get in touch with us by emailing [email protected].