BAGHDAD — The United States is grappling with a rapidly evolving threat from Iranian proxies in Iraq after militia forces specialized in operating more sophisticated weaponry, including armed drones, have hit some of the most sensitive American targets in attacks that evaded U.S. defenses.

At least three times in the past two months, those militias have used small, explosive-laden drones that divebomb and crash into their targets in late-night attacks on Iraqi bases — including those used by the C.I.A. and U.S. Special Operations units, according to American officials.

Gen. Kenneth F. McKenzie Jr., the top American commander in the Middle East, said last month that the drones pose a serious threat and that the military was rushing to devise ways to combat them.

Iran — weakened by years of harsh economic sanctions — is using its proxy militias in Iraq to step up pressure on the United States and other world powers to negotiate an easing of those sanctions as part of a revival of the 2015 nuclear deal. Iraqi and American officials say Iran has designed the drone attacks to minimize casualties that could prompt U.S. retaliation.

“The drones are a big deal, one of the most significant threats our troops there face,” he said.

A senior Iraqi national security official said the drones posed a challenge, but were tools, not the heart of the problem.

“This is a means of pressure,” said the official, who asked not to be identified so he could speak freely about Iran. “Iran is suffocating economically. The more it suffers the more these attacks increase,” he added. “The problem is the conflict between the U.S. and Iran.”

Iran has used proxy militias in Iraq since 2003 to influence Iraqi politics and threaten the United States outside its borders.

Since late 2019, Iran-backed Iraqi Shiite militias have conducted more than 300 attacks against U.S. interests, killing four Americans and about 25 others, mostly Iraqis, according to a Defense Intelligence Agency assessment published in April. In the last year, a proliferation of previously unknown armed groups have emerged, some claiming responsibility for rocket attacks on U.S. targets.

The increased precision of the drone strikes this year marks an escalation from the more common Katyusha rocket attacks that U.S. officials have viewed more as harassment. Those attacks, launched from mobile launchers, have been aimed at the U.S. Embassy in Baghdad’s Green Zone and military bases where some 2,500 U.S. forces and thousands of American military contractors operate. 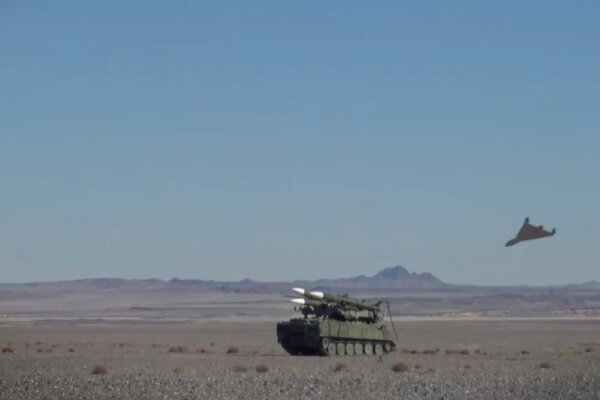 In contrast, some American analysts say that the militants are now targeting sites, even specific aircraft hangars, where sophisticated armed MQ-9 Reaper drones and contractor-operated turboprop surveillance aircraft are stationed in an attempt to disrupt or cripple the U.S. reconnaissance capability critical to monitoring threats in Iraq.

The United States has used Reapers for its most sensitive strikes, including the killing of Iran’s top security and intelligence commander, Maj. Gen. Qassim Suleimani, and Abu Mahdi al-Muhandis, a senior Iraqi government official and a leader of Iraq’s militia groups, in Baghdad in January 2020.

While the United States has installed defenses to counter rocket, artillery and mortar systems at installations in Iraq, the armed drones fly too low to be detected by those defenses, officials said.

Shortly before midnight on April 14, a drone strike targeted a C.I.A. hangar inside the airport complex in the northern Iraqi city of Erbil, according to three American officials familiar with the matter.

No one was reported hurt in the attack, but it alarmed Pentagon and White House officials because of the covert nature of the facility and the sophistication of the strike, details of which were previously reported by The Washington Post.

A similar drone attack in the early morning hours of May 8 on the sprawling Ayn al-Asad air base in western Anbar Province — where the United States also operates Reaper drones — also raised concerns among American commanders about militias’ shifting tactics. The attack caused no injuries but damaged an aircraft hangar, according to Col. Wayne Marotto, a spokesman for the U.S.-led coalition in Iraq.

Three days later, another drone struck just after midnight at an airfield in Harir, north of Erbil, that is used by the military’s highly secretive Joint Special Operations Command. The explosive-laden drone crashed, causing no injuries or damage, coalition officials said, but fueled the growing worries.

While many attacks against U.S. targets almost immediately generate claims of responsibility from militias, the more complex and longer-range drone strikes have not, a further indication that Iran is behind them, according to the American officials and independent analysts.

“There is increasing evidence that Iran is trying to have or has created some special groups, new ones that are able to conduct very sophisticated attacks against the U.S. interests,” said Hamdi Malik, an associate fellow with the Washington Institute for Near East Policy who focuses on Shiite militias.

U.S. forces in Iraq operate under strict Iraqi guidelines focused on fighting the Islamic State or ISIS. Iraq requires the U.S.-led coalition obtain approval to run surveillance drones, which are focused on parts of Iraq where there are still ISIS pockets and generally puts the entire south of the country, a militia stronghold, off limits.

There have been no U.S. forces or diplomats based south of Baghdad since the U.S. closed its consulate in the city of Basra three years ago, citing Iranian threats.

“It’s a very successful way to attack,” said Michael Pregent, a senior fellow at Hudson Institute and a former U.S. intelligence officer deployed in Iraq. “It allows these attacks to be launched from areas outside of the U.S. military presence in Iraq.”

Mr. Pregent said satellite surveillance, by its nature, could be used to cover other parts of Iraq only for limited times and could not track moving targets.

In addition to the attacks on American targets in Iraq, an armed drone believed to have been launched from the south of Iraq hit the Saudi royal palace in Riyadh in January. Saudi Arabia and Iran are longtime archrivals for regional power and influence and at groundbreaking talks between them in Baghdad in April, the Saudis demanded that Iran stop those attacks, according to Iraqi officials.

While visiting northeastern Syria last month, General McKenzie, the top American commander for the region, said military officials were developing ways to disrupt or disable communications between the drones and their operators, bolster radar sensors to identify approaching threats more rapidly, and find effective ways to down the aircraft.

In each of the known attacks in Iraq, at least some of the drones’ remnants have been partially recovered, and preliminary analyses indicated they were made in Iran or used technology provided by Iran, according to the three American officials familiar with the incidents.

These drones are larger than the commercially available quadcopters — small helicopters with four rotors — that the Islamic State used in the battle of Mosul, but smaller than the MQ-9 Reapers, which have a 66-foot wingspan. Military analysts say they carry between 10 and 60 pounds of explosives.

Analysts say the technology is very similar to what U.S. intelligence analysts have accused Iran of transferring to Houthi rebels in Yemen for attacks against Saudi Arabia and the U.A.E. in the long-running war there.

Iraqi officials and U.S. analysts say that while cash-strapped Iran has reduced funding for major Iraqi militias, it has invested in splitting off smaller, more specialized proxies still operating within the larger militias but not under their direct command.

American officials say that these specialized units are likely to have been entrusted with the politically delicate mission of carrying out the new drone strikes.

Iraqi security commanders say groups with new names are fronts for the traditional, powerful Iran-backed militias in Iraq such as Kataib Hezbollah and Asaib Ahl al-Haq. Iraqi officials say Iran has used the new groups to try to camouflage, in discussions with the Iraqi government, its responsibility for strikes targeting U.S. interests, which often end up killing Iraqis.

The Iraqi security official said members of the smaller, specialized groups were being trained at Iraqi bases and in Lebanon as well as in Iran by the hard-line Islamic Revolutionary Guards Corps — which oversees proxy militias in the Middle East.

American and Iraqi officials and analysts trace the increased unpredictability of militia operations in Iraq to the U.S. killing of General Suleimani and the Iraqi militia leader.

“Because the Iranian control over its militias has fragmented after the killing of Qassim Suleimani and Abu Mahdi Muhandis, the competition has increased among these groups,” said Mr. Malik, the Washington Institute analyst.

After meeting Abadi, Sadr says new government will be 'inclusive'

After the Cease-Fire, Gaza Wakes to a Sea of Rubble