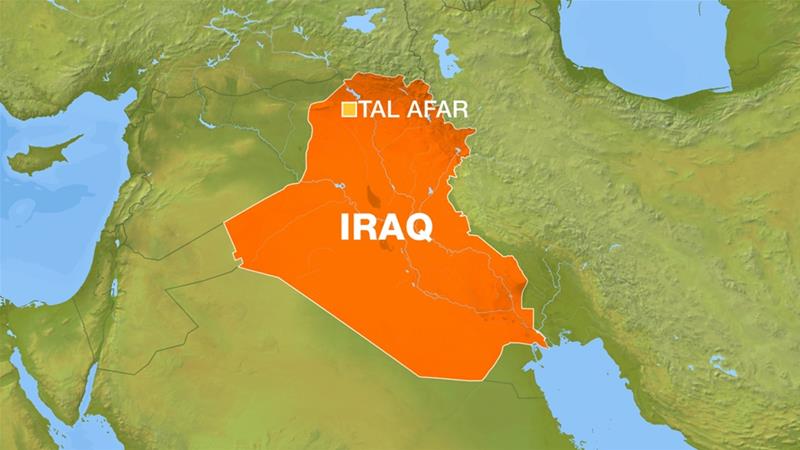 A car bomb attack in the northern Iraqi city of Tal Afar has killed two people and wounded 11, according to the Iraqi military.

The attack in the former Islamic State of Iraq and the Levant (ISIL, also known as ISIS) stronghold was claimed by the group through its news agency Amaq and Telegram messaging application on Tuesday. ISIL said three people were killed in the incident.

Tal Afar, about 80km west of Mosul, experienced cycles of sectarian violence after the United States-led invasion of Iraq in 2003, and produced some of ISIL’s most senior commanders.

The city, which had about 200,000 residents, came under ISIL control when the armed group overran swaths of Iraq‘s north in 2014.

It was taken back by Iraqi security forces, backed by the US-led coalition, in August 2017, the last area to be reclaimed from ISIL in the north before fighting moved to the Syrian border.

A heavy security presence has remained since then and the city has been mostly quiet. Tuesday’s attack was the first one in Tal Afar since Iraqi forces retook the city from ISIL.

ISIL declared a caliphate in 2014 after seizing large swaths of Syria and Iraq, establishing its de facto capital in the Syrian city of Raqqa.

However, the group has lost all their strongholds and the vast majority of the territory it controlled since then.