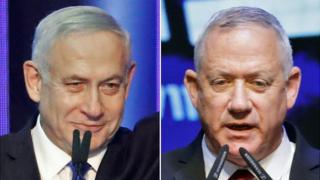 Reuven Rivlin was speaking after hosting a meeting for the two rivals.

No details of the talks have been made public. But a joint statement said chief negotiators for the two main parties would meet on Tuesday.

In a bid to broker a solution, President Rivlin has recommended the new government includes both Mr Gantz’s Blue and White Alliance, which won 33 seats, and Mr Netanyahu’s Likud party, which won 31.

Mr Rivlin has said he will do everything he can to avoid a third general election this year.

Speaking after Monday’s two hours of talks at his offices in Jerusalem, he said: “We have taken a significant step forward tonight.”

Addressing Mr Netanyahu and Mr Gantz he added: “Now it is your turn. The responsibility for establishing a government falls on you, and the people expect you to find a solution and to prevent further elections, even if it comes at a personal and even ideological cost.”

In their joint statement, Mr Netanyahu and Mr Gantz said negotiators from their parties would meet on Tuesday and the two leaders would then meet President Rivlin again on Wednesday.

The Joint List, a bloc of Arab parties that came third in the election, said it wanted to remove Mr Netanyahu from power.

It was the first time since 1992 that an Arab political group has issued an endorsement for an Israeli prime minister.

Ayman Odeh, leader of the Joint List, told President Rivlin that his alliance’s priority was to prevent Mr Netanyahu from serving another term.

The Joint List won 13 seats in the election. If Mr Gantz had the endorsement of all 13 seats, he would still fall short of the 61 seats needed for a majority in the 120-seat legislature. 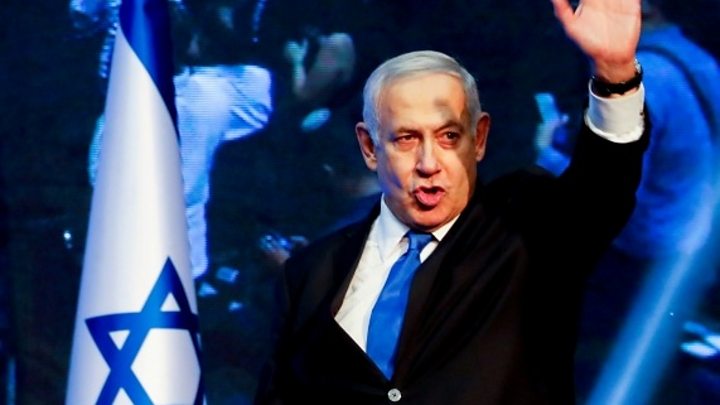 Pompeo 'optimistic' about deal between Turkey and Kurdish groups