Covid cases fell dramatically and quickly among people who were vaccinated, Israeli studies found. It’s the strongest evidence yet that a robust vaccination program can tame the pandemic. 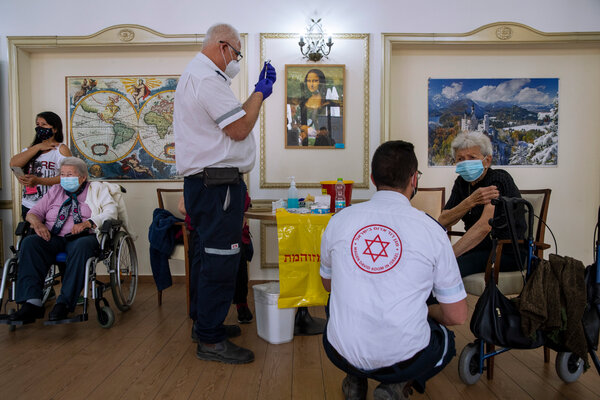 By Isabel Kershner and Carl Zimmer

JERUSALEM — In the most extensive real-world test so far, Israel has demonstrated that a robust coronavirus vaccination program can have a quick and powerful impact, showing the world a plausible way out of the pandemic.

Cases of Covid-19 and hospitalizations dropped dramatically among people who were vaccinated within just a few weeks, according to new studies in Israel, where a rapid vaccine rollout has made it a kind of test laboratory for the world. And early data suggests that the vaccines are working nearly as well in practice as they did in clinical trials.

“We say with caution, the magic has started,” tweeted Eran Segal, a quantitative biologist at the Weizmann Institute of Science and co-author of a new study on the vaccine’s impact in Israel.

The hopeful news on vaccines is hardly a free ride to a post-pandemic future.

As the world races to curb the virus before more dangerous mutations spread, dire vaccine shortages may prevent other countries from replicating Israel’s success, or from stopping new variants from emerging.

Even Israel, which has outpaced every other nation in vaccinating its people, is far from out of the woods. The country extended its third nationwide lockdown on Thursday.

Still, researchers found hope in the vaccine’s ability to quickly drive down cases among Israelis getting the shots.

“I find this pretty persuasive that we are seeing actual effects of population-level vaccination,” said William Hanage, an epidemiologist at the Harvard T.H. Chan School of Public Health who was not involved with the Israeli study.

The real-world news from Israel adds to other signs of hope after months of bleakness. A growing number of vaccines are showing strong efficacy against Covid-19 and are particularly protective against severe illness. Some trials suggest that vaccines might even have the potential to slow transmission of the virus.

The new Israeli study looked at national health statistics for people 60 years and older, who received the Pfizer-BioNTech vaccine first because of their high risk. Analyzing data from six weeks into the vaccination campaign, when the majority of people that age had been vaccinated, they found that the number of new Covid-19 cases dropped by 41 percent compared to three weeks earlier. 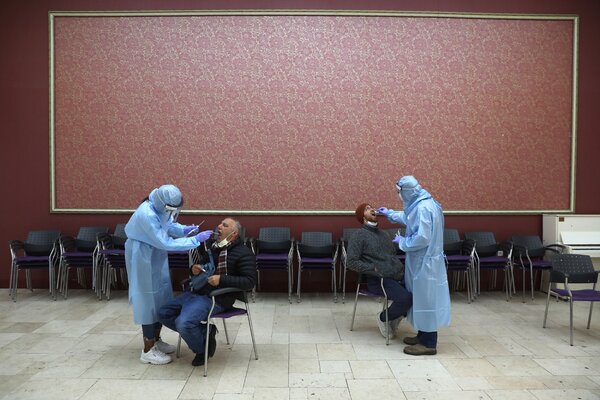 That group also experienced a 31 percent drop in hospitalizations from the coronavirus, and a drop of 24 percent of those who became critically ill.