UN-recognised government in Tripoli says forces loyal to commander Khalifa Haftar are behind the deadly barrage. 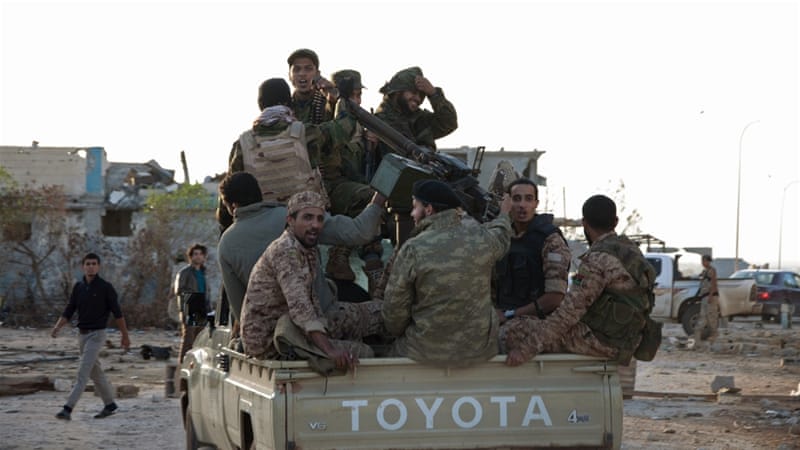 Rocket fire on the Libyan capital has killed at least five civilians, the UN-recognised government has said, blaming rival forces of renegade commander Khalifa Haftar for the attack.

“Five civilians were killed and 12 wounded” when five rockets crashed into residential sectors of Tripoli on Sunday, said Amin al-Hashemi, spokesman for the Government of National Accord’s (GNA) health ministry.

Several of the wounded were in a serious condition, including one who underwent a limb amputation, al-Hashemi added.

The rocket barrage targetted the Soug el-Tlath roundabout and Gharbi street in the centre of Tripoli, he said.

Haftar, who controls much of eastern and southern Libya, launched an offensive in April last year to seize control of the capital, where the GNA is based.

The latest attack coincides with the intensification of clashes in the vicinity of Tripoli International Airport.

The conflict – exacerbated by the involvement of foreign powers – has so far killed hundreds of people, many of them civilians, and forced the displacement of 200,000 others.

Although the battle for Tripoli has stalled on the ground, the south and centre of the capital have been the target of indiscriminate rocket fire and drone attacks in recent weeks.

Haftar’s forces have lost key positions to pro-GNA forces elsewhere in the country since April.

During the first week of May, at least 15 civilians were killed and 50 others wounded in rocket and drone attacks on Tripoli.

The UN mission to Libya has condemned “indiscriminate attacks” on civilian areas of Tripoli, which it says are mostly attributable to forces affiliated with Haftar.

What’s happening with the war in Libya? | Start Here

Tunisian Parliament approves third government in less than a year