JERUSALEM — Prime Minister Benjamin Netanyahu of Israel said Tuesday that he would move to annex much of the occupied West Bank if voters return him to power in the election next week, a change that could dramatically reshape the protracted Israeli-Palestinian conflict.

The move would give the nation “secure, permanent borders” for the first time in its history, he said. But it would also reduce any future Palestinian state to an enclave encircled by Israel.

Mr. Netanyahu said he wanted to seize what he called the “unique, one-off opportunity” afforded him by the Trump administration, which has expressed openness to Israeli annexation of at least parts of the West Bank. 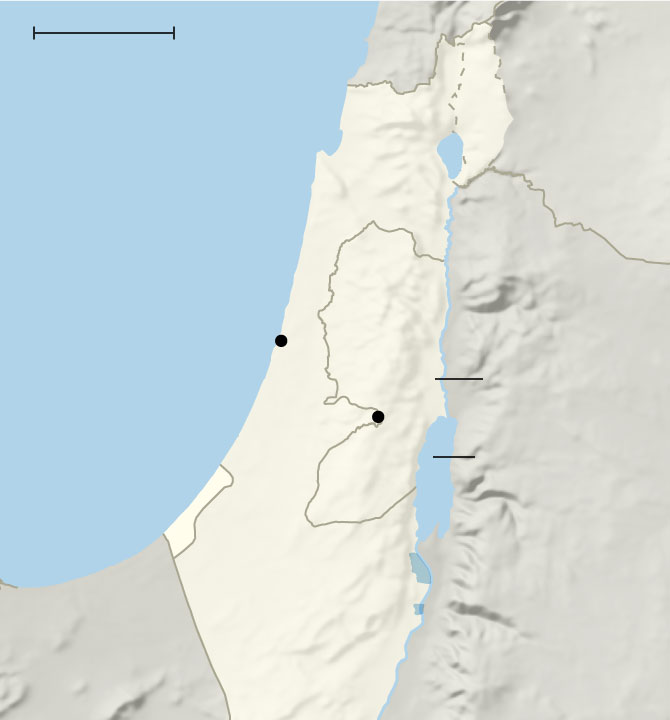 Israel seized the West Bank from Jordan in the 1967 war. Most of the world considers it occupied territory and Israeli settlements there to be illegal.

Battling for political survival, and in a dead heat or slightly behind in the polls against Benny Gantz, a centrist former army chief of staff, Mr. Netanyahu has tried mightily to shift the focus of the contest from the corruption cases against him to his strong suit: national security.

He has highlighted Israel’s increasingly overt military campaign against Iranian expansion and even unveiled a new site where he said Iran had pursued nuclear weapons. 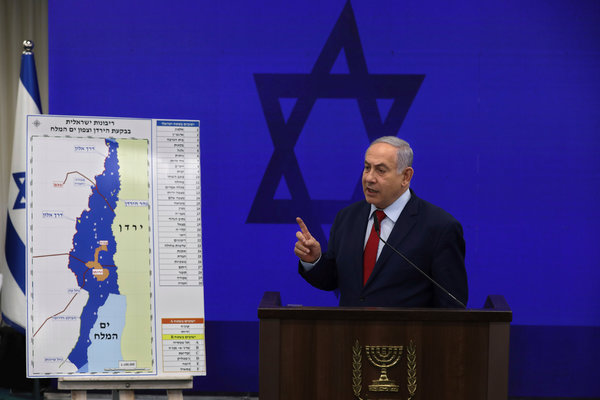 But Tuesday’s announcement was a daring bid to bring the Palestinian conflict back to center stage in the election campaign. The issue has largely receded from Israeli electoral politics because few voters believe a peace process has any chance.

Mr. Netanyahu said he hoped to annex all Israeli settlements in the West Bank, but would move immediately after forming a new government to proceed in the Jordan Valley, a strategic and fertile strip of territory running along the border with Jordan from Beit Shean in northern Israel to the shores of the Dead Sea.

Days before the previous election, in April, Mr. Netanyahu announced his intention to apply Israeli sovereignty to parts of the West Bank, but he gave no specifics and no timetable.

In so doing — no matter what comes of his promises — Mr. Netanyahu dealt severe blows to rivals to his left and right. Right-wing voters who have supported annexing the West Bank now will be sorely tempted to give Mr. Netanyahu the benefit of the doubt.

And Mr. Gantz and his fellow former army chiefs in the Blue and White party, who have said publicly that Israel must not yield the Jordan Valley for security reasons, will have a difficult time opposing Mr. Netanyahu, said David Makovsky, an expert on the Israel-Palestinian conflict at the Washington Institute for Near East Policy.

Predictably, his opponents dismissed Mr. Netanyahu’s appeal for an election mandate, delivered as it was at a Likud Party news conference, not from the prime minister’s office.

And Yamina, the right-wing party led by Mr. Netanyahu’s former justice minister, Ayelet Shaked, challenged Mr. Netanyahu to bring the decision to annex the Jordan Valley before the current government within hours, “otherwise everyone in Israel will know this is nothing but a cheap political spin.”