Husband of Nazanin Zaghari-Ratcliffe, in custody since 2016 on sedition charges, says her trial has been postponed. 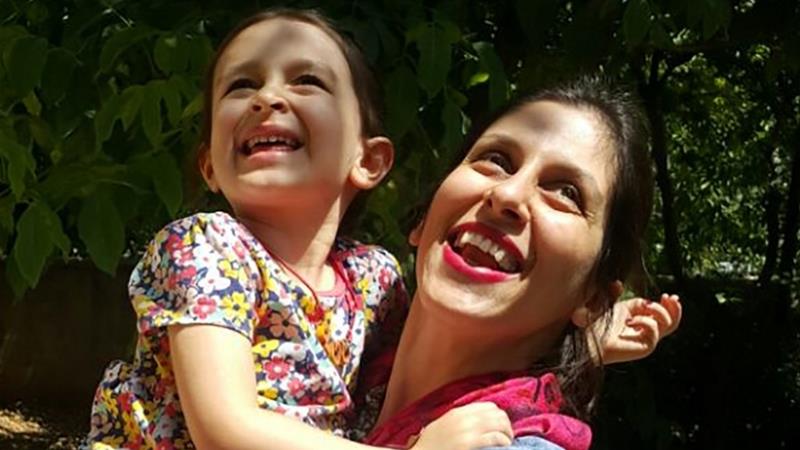 Iran has postponed a new trial due to start on Sunday of Nazanin Zaghari-Ratcliffe, a British-Iranian woman arrested in Tehran for sedition, her husband said.

“Yes, today’s hearing was postponed,” Richard Ratcliffe told AFP news agency in London on Sunday. Her Iranian lawyer was told “the case was not happening today”, he said.

Zaghari-Ratcliffe, 41, has spent more than four years in jail or under house arrest since being arrested in the Iranian capital in April 2016 while on a visit to see relatives with her young daughter.

She was sentenced to five years in jail after being convicted of plotting to overthrow the Iranian government. Her family and the Thomson Reuters Foundation where she worked deny the charge.

Iranian state television’s website Iribnews on Tuesday said she and her lawyer were summoned by an Iranian Revolutionary Court and notified of a new indictment, without giving further details or a trial date.

Al Jazeera’s Assed Baig, reporting from Tehran, said Zaghari-Ratcliffe’s case had been escalated to a dispute between the Iranian and the British governments.

“Back in 2019, the British government changed her status and gave her diplomatic protection, which changed the status of her case from a consular matter to a dispute between the two countries,” he said.

Zaghari-Ratcliffe last week said she was due to appear in court on Sunday, and that it was “increasingly clear” she was being held as a “hostage”.

Her British MP Tulip Siddiq also relayed the news of Sunday’s postponement of the trial.

“She is relieved, frustrated, stressed and angry. Once again she’s being treated like a bargaining chip,” Siddiq said on Twitter.

Israel says it will grant Tlaib visa for 'humanitarian' visit