Home » Middle East » Palestinian ex-prisoner: You sit there wishing you would die

Haifa Abu Sbaih says she was psychologically tortured and mistreated as a prisoner in Israeli jails for 16 months. 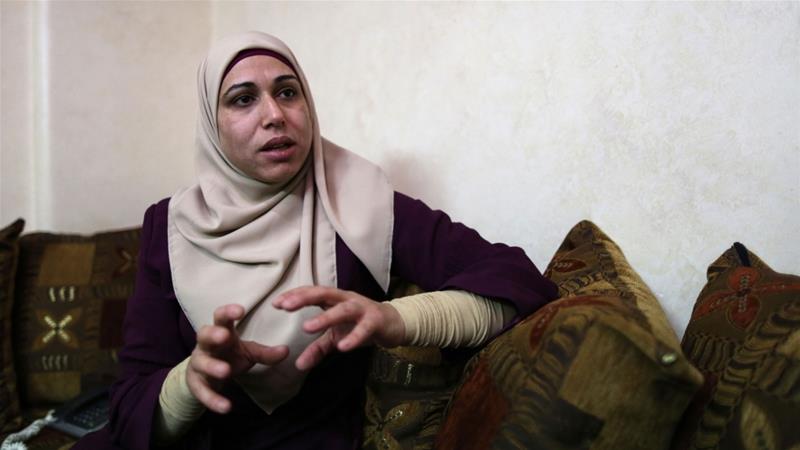 Hebron, occupied West Bank – Haifa Abu Sbeih was only 15 when she witnessed the immediate aftermath of a horrific massacre outside her family’s home in the Old City of Hebron.

She recalls standing outside her home in 1994, searching for her older brother after she heard gunshots in the Ibrahimi Mosque nearby, where an American Israeli settler had opened fire on hundreds of Palestinians during dawn prayers, killing 29 and wounding more than 100.

“All the men poured into the streets, their clothes dripping with blood, crying and seeking refuge in our home,” she tells Al Jazeera. While she stood outside calling for her sibling, Abu Sbeih says the army shot and killed a young man, Nour al-Muhtaseb, right before her eyes.

This incident, was for Abu Sbeih, a taste of what would become a lifetime of challenges as she lived in Hebron, the only Palestinian town with a Jewish-only settlement located in the heart of the city.

Due to the presence of some 800 Israeli settlers, Hebron is exceptionally militarised, with the Israeli army imposing severe restrictions on everyday life and the movement of 40,000 Palestinians living there.

Many Palestinians have resorted to building metal enclosures around their homes to avoid being targeted by settlers who regularly hurl abusive comments, throw stones and attack them.

For Abu Sbeih, a particularly testing experience of the occupation came in December 2015 when she was arrested by the Israeli army for plotting, along with three of her nephews, to shoot and kill an Israeli settler in Hebron. According to Abu Sbeih, the settler, Anat Cohen, had for years harassed Palestinians in Hebron with regular and targeted abuse.

Abu Sbeih, who was 37 at the time, underwent a harrowing experience of being interrogated and then spending 16 months in prison after her initial five-year-sentence was reduced under a plea bargain. She says she was only sentenced a month before her release.

As Tuesday marks Palestinian Prisoners Day, Al Jazeera spoke to Abu Sbeih about her experience in an Israeli jail.

Al Jazeera: Can you describe events leading up to your arrest?

They told me to wake all six of my children and put them in a room with their father, before they began searching the house. They threw every single object onto the floor; the clothes, the books, copies of the Quran, and photographs. My children were so scared.

As the soldiers led me out of the house, I caught a glimpse of my eldest daughter. She looked at me, horrified, as she gestured with her hand to ask where I was going. I’ll never forget that moment.

They blindfolded me and put me in a car with several other soldiers, one of whom started cursing and shouting things like “terrorism”, “Hamas”, “slut”, “animal”. I stayed quiet. I hadn’t comprehended that I was going to prison.

I was eventually taken to seven different detention centres where they sat me down on a cold floor, blindfolded and handcuffed, for hours. At the last centre, they removed the blindfold and I found a soldier holding a plate full of cake. I was starving. He stuffed his face in a provocative way as he turned to me and said: “Haifa, do you want to eat? Do you need anything?”

The soldier then called on two female soldiers to strip search me. They forced me to take off everything, even my hair clip and headscarf pins.

Al Jazeera: What was it like growing up in Hebron?

Abu Sbeih: We grew up with the settlers and soldiers around us all the time. Children were run over by settlers on purpose in front of our house. I saw the Israeli army arrest and detain my brother for nine months after a settler accused him of throwing ice at him. The settler beat my brother until he started bleeding from his mouth.

We were raised to defend each other. During regular military raids that occur in the middle of the night, my mother would go out of the house and say, “That’s my son, take me instead”.

Anat Cohen is extremely abusive. She used to beat our boys in the street and get other settlers to throw rocks at our houses. She cursed at Palestinian women as they walked on the street, while the Israeli army would just watch. We wanted to do something about it.

Al Jazeera: What did it feel like to be strip-searched?

Abu Sbeih: It was horrible and unbelievably humiliating. Your whole life, you protect yourself and your body. You only show what’s acceptable. Taking off all my clothes and being completely vulnerable, in front of two strangers, was extremely difficult.

I didn’t want to show the soldiers my weakness, so I would hold back my tears. But if was alone, I would have cried tears of blood.

Al Jazeera: How would you describe your experience in the prisons? 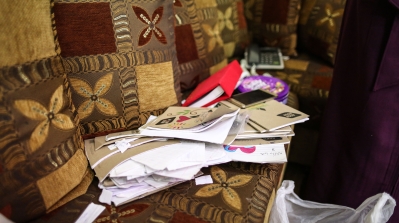 The worst part is being with minors you can’t defend or protect; you feel helpless. When one of them would cling to my jilbab (full-length Islamic garment) because she’s cold, while I couldn’t even lift it to cover her because my hands were cuffed, I felt so much pain.

Al Jazeera: You were the representative for the female prisoners in Damon prison. Can you tell us more about that?

Abu Sbeih: Yes, I was the spokeswoman for the 26 girls in Damon prison in section 61. I was responsible for communicating their needs to the prison guards and administration. I felt like I had to protect the girls and fight to get them clothes when we weren’t even allowed undergarments.

Instead of letting us have one spokesperson, the guards tried to speak to each girl separately. They attempted to bribe them into making confessions by offering them things like phones. They would try to divide us, but we stood as one. Having the girls’ trust as the person fighting for their needs is what kept me going.

Al Jazeera: Can you tell us about the hardest moments in prison for you?

Abu Sbeih: At one point, I asked for an open family visit for some of the inmates, which would allow the women to hold one of their children under the age of six for the final 10 minutes of the visit.

Although they approved the visit for three mothers, including myself, a prison guard informed us during the visit that one of the mothers, who hadn’t followed some rules, would be banned from seeing her child as a result. I refused to let them bring in some of the children and not others, so none of us got to see our kids that day.

I couldn’t bear the thought of holding my daughter while she watched me, but I was crushed inside. I went into the canteen and broke down into tears. 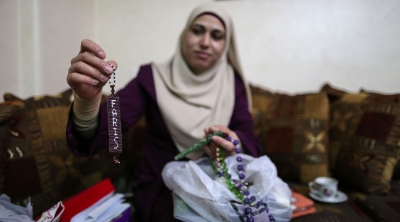 Al Jazeera: What would you say to anyone who would refer to you as a “terrorist?”

Abu Sbeih: Palestinians do not like death. We are people who love life but we have honour and dignity.

We are a people whose lands have been stolen and homes demolished and stolen. How does the world expect us to remain silent? No one stays silent when their rights are violated.

Arrested for disobeying her father

Iran's seizure of British tanker is a 'hostile act' – UK