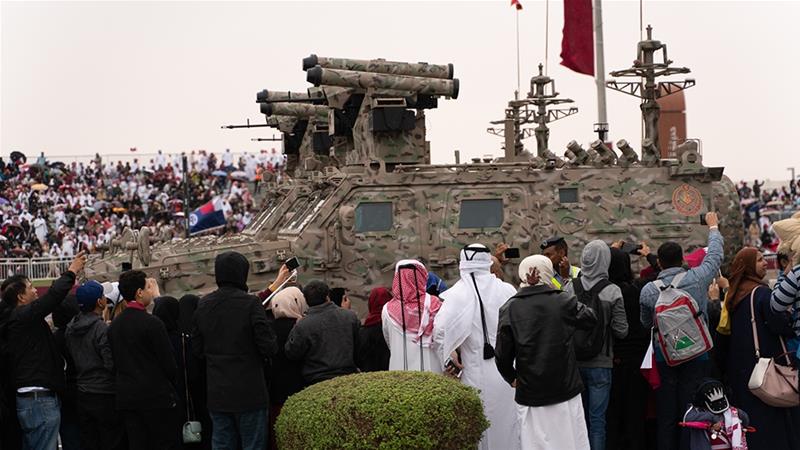 Doha, Qatar – Grey skies and a light drizzle did little to dampen the mood for Qatar’s National Day as thousands of locals and residents turned out to watch the annual military parade on Corniche Road in the capital, Doha.

The celebrations, held under this year’s slogan of Al Maali Kaydah – “the path to excellence is difficult” – began with military aircraft streaking across the sky, leaving behind plumes of smoke in Qatar’s national colours of maroon and white.

The day marks the unification of Qatar in 1878 under the leadership of the country’s founder, Sheikh Jassim bin Mohammed Al Thani, and since 2007 has been celebrated annually.

On Wednesday, Emir Sheikh Tamim bin Hamad Al Thani attended the parade along with his father Sheikh Hamad as it began at 9:30am local time (06:30 GMT) and lasted one hour.

Following the national anthem and an 18-canon salute, land, air, and naval armed forces, the presidential guard, and Lekhwiya security forces participated in a national parade.

Afterwards, Sheikh Tamim walked along the corniche, shaking hands with spectators under a sea of Qatari flags and umbrellas amid light rain. 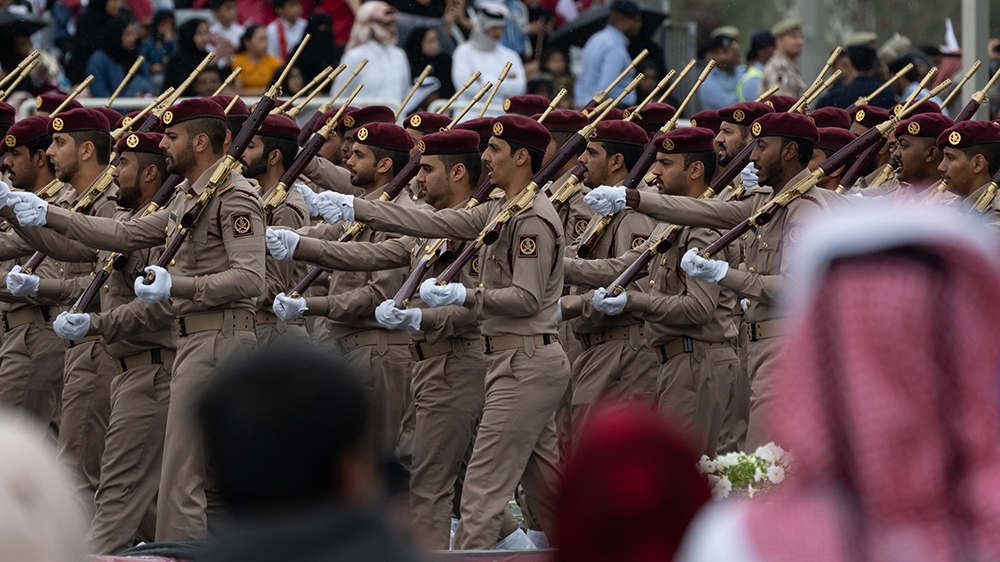 Asma Al Thani said she sees National Day as a symbol of Qatar’s unity and diversity and a chance to show love for the country.

“It’s a day where we can give back to Qatar after all that it has given us,” she told Al Jazeera.

For Dr Iman al-Maslamani, a 48-year-old Qatari paediatrician, National Day is an event she never misses, even when she is out of the country.

“I always watch the parade as it makes me so proud of my country,” she told Al Jazeera, speaking from Turkey where she watched the event on a Qatari television channel.

The celebration “gives us more strength and makes us feel more secure,” she added, despite the political measures by neighbouring Gulf states. 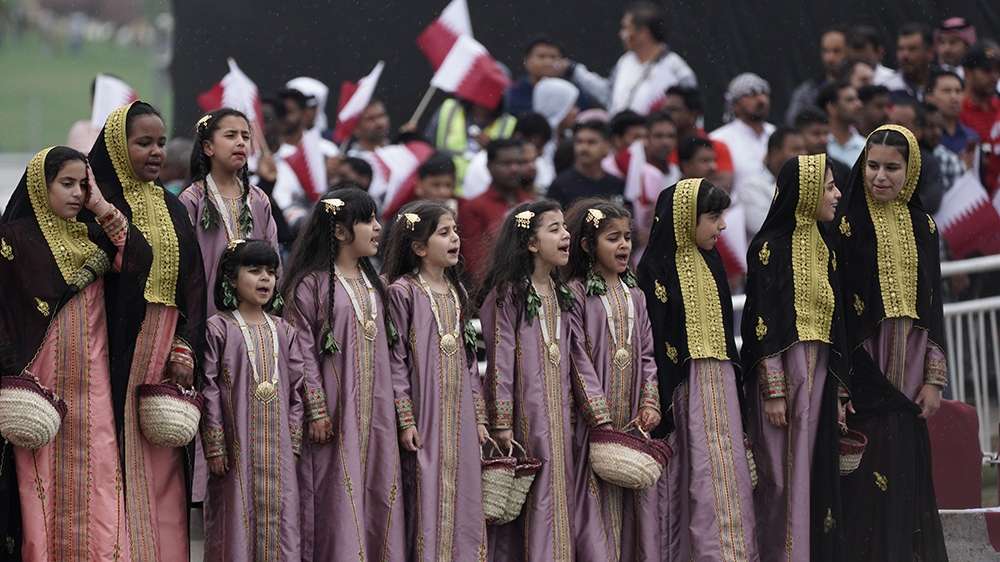 “Since the blockade, the National Day is a catalyst for bringing people together,” said Nasser al-Naama, a 31-year-old Qatari healthcare worker.

Al-Naama was referring to the more than two-year blockade of Qatar by Saudi Arabia, the United Arab Emirates (UAE), Bahrain and Egypt. The quartet severed diplomatic and economic ties with Qatar, accusing it of supporting “terrorism” and of foreign interference.

Qatar has consistently denied the accusations, saying the embargo undermines its sovereignty.

In a country with a population of 2.75 million – 90 percent of whom are foreigners – Qatar has largely managed to weather the blockade.

Over the past few weeks, Qatar’s foreign minister has made a series of statements that hint at healing the rift between Riyadh and Doha, saying that early talks between the two sides had broken a “stalemate”.

“The celebrations today are a striving force for Qataris and expats to bond, and a narrative of unity [as opposed to] a wedge between people,” al-Naama said.

He criticised the blockade as “frivolous” and “child’s play” and said while relations with Saudi Arabia seem to be thawing, the UAE remains “belligerent and stubborn”. 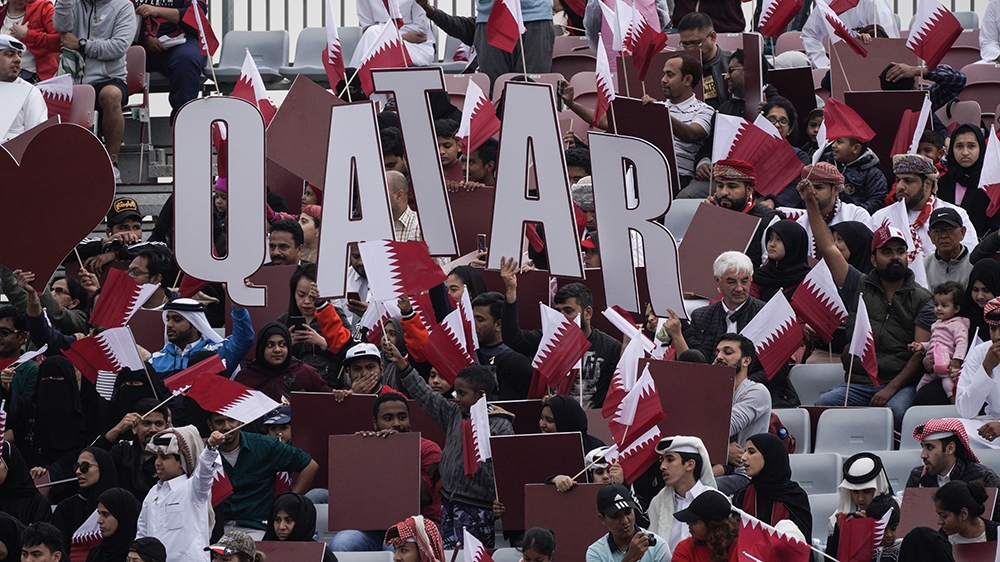 Israel welcomes Australia's recognition of west Jerusalem as its capital