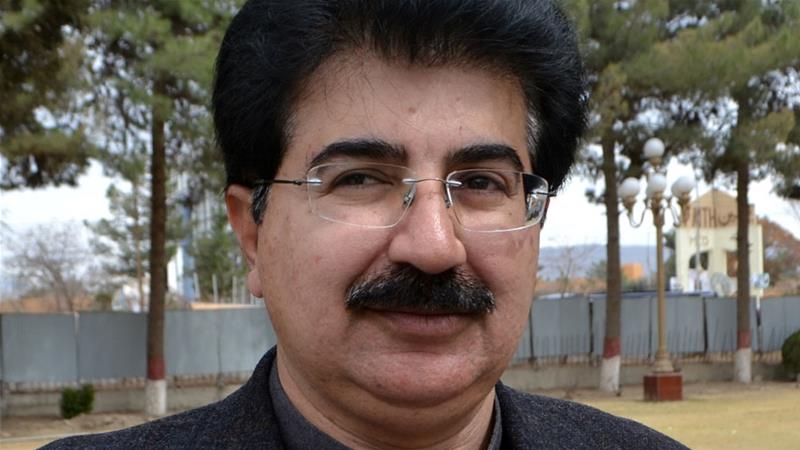 Islamabad, Pakistan – A little-known opposition candidate has been elected as senate chairman in Pakistan, in a fresh blow to the ruling PML-N party, which is already reeling from the slew of corruption cases facing its leadership.

Sadiq Sanjrani was elected chairman of the upper house of parliament by his fellow senators on Monday after 52 newly elected senators took their oath of office earlier in the day.

Sanjrani, a relative political unknown, hails from the southwestern province of Balochistan and has previously served mainly in advisory and coordinating capacities for political leaders from several different political parties.

His election was backed by the opposition Pakistan People’s Party (PPP), Pakistan Tehreek-e-Insaf (PTI) and a bloc of independent senators from Balochistan who represent a political alliance that recently broke away from the PML-N.

Sanjrani won 57 votes in the 104-member house to win the chairman’s slot, with the PPP’s Saleem Mandviwalla elected deputy chairman.

The PML-N is the largest single party in the house, with 33 seats, followed by the PPP with 20 and the PTI with 12 seats. The house also has 20 independent senators, mostly from Balochistan.

“Congratulations to Baloch Senator Sadiq Sanjrani for becoming Chairman Senate,” tweeted PTI chief Imran Khan following the election. “This will strengthen the federation. We are happy for the people of Balochistan and for the federation of Pakistan.”

Others, however, have been less optimistic about the result, warning that it appeared to have been engineered to weaken the country’s democratic structure.

“What is clear […] is that the Senate election has opened the door to fierce and otherwise implausible political alliance-building, encouraged by anti-democratic forces in the shadows,” read an editorial in Dawn, Pakistan’s most respected newspaper, on Tuesday.

The paper pointed out that Sanjrani’s election had only been made possible by the collapse of the PML-N-led government in Balochistan, due to widespread defections, just before senate elections in early March.

Pakistan’s senators are elected by the country’s provincial assemblies, and the defections in Balochistan saw the PML-N lose key seats in the province in the senate polls.

“From the coup inside the Balochistan assembly against the PML-N to yesterday’s strange election results in the Senate, the auguries are not good for the democratic project in the country,” read Dawn’s editorial.

The newspaper refrained from explicitly linking the latest machinations to the country’s powerful military, which has ruled Pakistan for roughly half of its 70-year history and has frequently interfered with the political process in the past.

The military has clashed with the PML-N government several times since the last general election in 2013, and party leaders have often blamed it for being responsible for the dismissal from office of former Prime Minister Nawaz Sharif in July.

Sharif continues to face corruption charges, with an accountability court due to deliver a verdict in cases related to alleged corruption during his previous two terms in office in the coming weeks.

Hasan Askari Rizvi, a political scientist and analyst, told Al Jazeera that while the military was one factor in the country’s politics, it was not the only one in the opposition’s calculations.

“You need to recognise that in Pakistan the military is a political force, which plays a role from the sidelines,” he told Al Jazeera.

“But you cannot make the argument that all the politicians are just stooges of the army, that is the PML-N narrative. Sometimes politicians do work with the military, but [they do so] because it serves their own interests.”

Pakistan is due to hold a general election this summer.

She Defended Iranian Women Who Removed Their Head-Coverings. Now She Is a Convict.