At least 15 others wounded and more than 100 houses burned in Deleij village earlier this week, according to the UN. 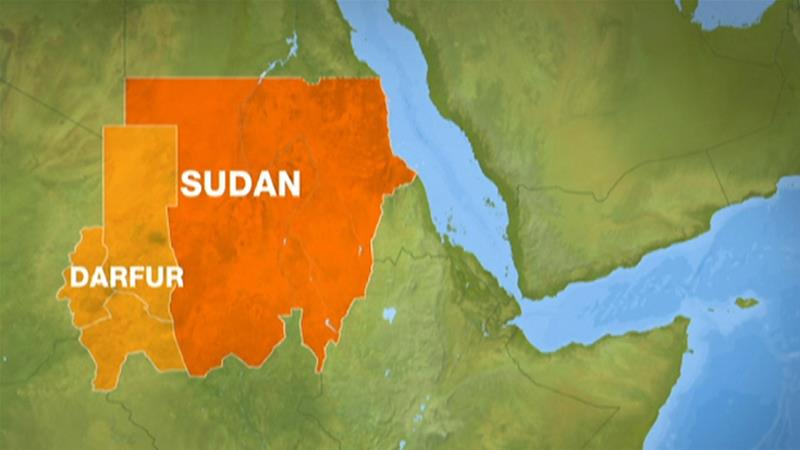 The United Nations says it has confirmed the killing of 17 people and the burning of more than 100 houses in a village in Sudan’s central Darfur region earlier this week.

Another 15 people in Deleij village were wounded, according to the UN-African Union Mission in Darfur (UNAMID), which said on Thursday that the violence “occurred during heated clashes between nomads and residents apparently angered by the increase in commodity prices at the local market”.

The statement came days after medics linked to opposition protesters had said “Janjaweed” militias fired live ammunition at civilians on Monday at a market in Deleij, killing at least nine people and wounding 20 others.

“Yesterday, they fired live ammunition on citizens in the souk of Deleij,” the Central Committee of Sudanese Doctors (CCSD) said in a statement on Tuesday. “Following the systematic massacre, the doctors in the area of Deleij received 11 dead and 20 wounded,” it added.

“The doctors confirmed that nine citizens were killed by bullets and sticks of the Janjaweed. However, the cause of death of the other two or who they were was unclear,” the committee said, adding the militia had “spread death on citizens for ages”.

The Janjaweed are Arab militias who have been accused of committing atrocities in Darfur during a civil conflict that started in 2003 and, according to UN estimates, has killed up to 300,000 people and displaced 2.7 million.

The government of former President Omar al-Bashir had denied the allegations on Darfur.

Janjaweed fighters were incorporated into Sudan’s paramilitary Rapid Support Forces (RSF), which have been the dominant force in the capital, Khartoum, since Bashir was overthrown by the military on April 11 after months of mass protests against his three-decade authoritarian rule.

Witnesses said the RSF led a raid on a protest sit-in in Khartoum on June 3 that left dozens dead and led to the collapse of talks between the TMC and protest leaders pushing for a democratic transition.

The TMC has said forces moved in to deal with disruptive groups near the sit-in and the violence spread from there. It also said that some RSF members had been attacked and that people had put on their uniforms to impersonate them in an attempt to harm their reputation.

This week Amnesty International said it had new evidence showing that “Sudanese government forces, including the Rapid Support Forces (RSF) and allied militias, have continued to commit war crimes and other serious human rights violations in Darfur”.

At least 45 villages were completely or partially destroyed in the past year, Amnesty said.

“In Darfur, as in Khartoum, we’ve witnessed the Rapid Support Forces’ despicable brutality against Sudanese civilians – the only difference being, in Darfur they have committed atrocities with impunity for years,” Amnesty Secretary General Kumi Naidoo said.

US strikes militia bases in Iraq and Syria