At least 47 people killed on Tuesday bringing to 78 the number of deaths in the last 24 hours in rebel-held area.

At least 47 people have been killed in Eastern Ghouta near the Syrian capital following heavy aerial bombardment by Syrian and Russian forces, the Syrian Observatory for Human Rights reported.

The latest casualties on Tuesday bring to 78 the total number of deaths in the last 24 hours in the rebel-held area near Damascus, the UK-based war monitor said.

“Today there is no safe area at all,” Siraj Mahmoud, head of the civil defence rescue service outside Damascus, told Reuters news agency.

“Right now, we have people under rubble, the targeting is ongoing, warplanes on residential neighbourhoods.”

The Syrian Observatory said it was the highest number of deaths recorded in one day since attacks escalated six weeks ago. More than 335 people have been killed since then.

It warned the death toll could rise as bodies were still being pulled from the rubble and many of the 197 wounded were in critical condition.

In Damascus, the office of Russia’s trade mission in Syria was bombed on Tuesday, according to its foreign ministry.

There were no reported casualties, though the building was heavily damaged by the blast, Russia’s Tass news agency quoted the ministry as saying.

It didn’t say who was responsible for the attack.

Syria’s state SANA news agency reported at least three people were killed in shelling on Tuesday from rebel areas on parts of the old city of Damascus.

The UN mission in Syria issued a statement in Damascus on Tuesday calling for a month-long truce.

The halt would “enable the delivery of humanitarian aid and services, evacuation of the critically sick and wounded, and alleviation of people’s suffering”, the statement said.

The source said he could confirm at least 20 deaths, adding a rocket landed near his home. 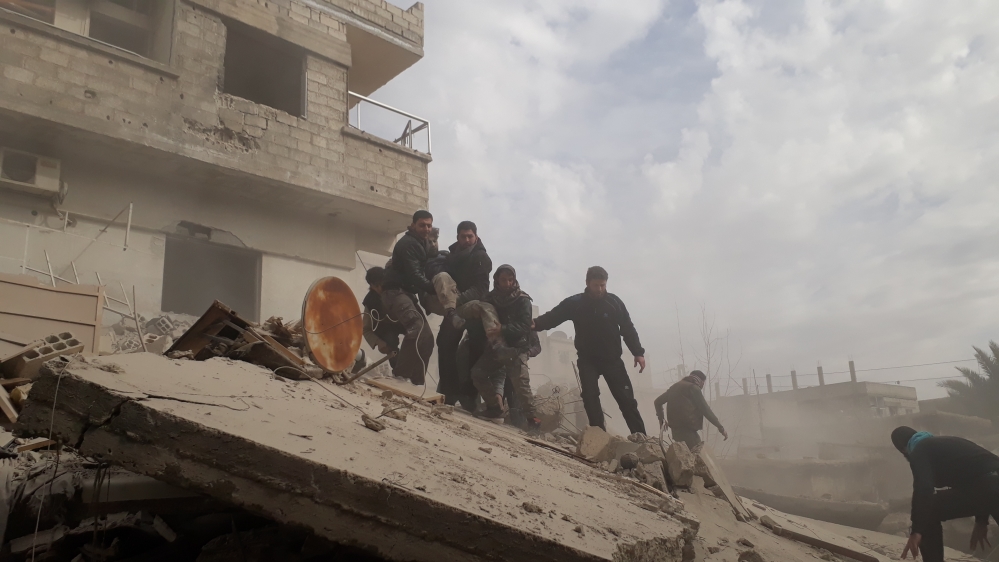 Images posted by the Turkish news agency Anadolu showed members of the civil defence team trying to rescue people from the wreckage of the attacks in the town of Sabqa on Tuesday.

Eastern Ghouta has been under a government siege since 2013, and there are an estimated 400,000 people living in the area.

The news came as Paulo Pinheiro, head of the UN-mandated International Commission of Inquiry on Syria, announced on Tuesday his team is probing reports that weaponised chlorine may have been used on two recent attacks in Eastern Ghouta and Idlib province.

He described the recent air raids as “extremely troubling”, adding the attacks make “a mockery of the so-called ‘de-escalation zones'”.

Pinheiro said the attacks on Eastern Ghouta involve “the international crimes of indiscriminate bombardment and deliberate starvation of the civilian population”. 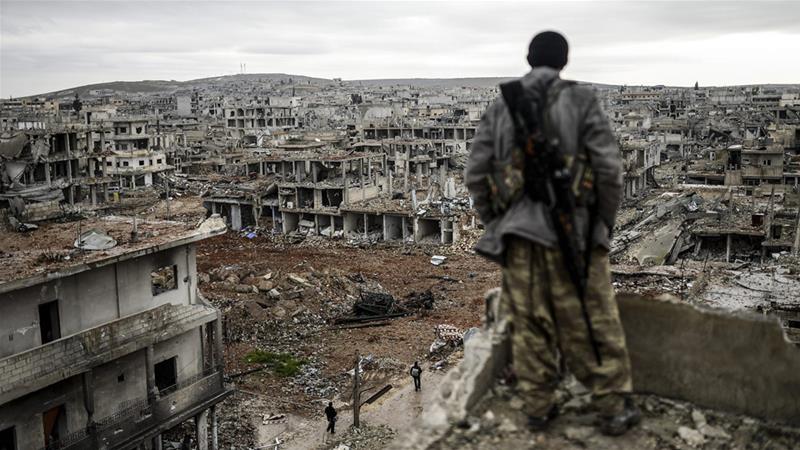 Syria war crimes probe: Will anyone be charged?

Iran says it can enrich uranium to 20 percent in days