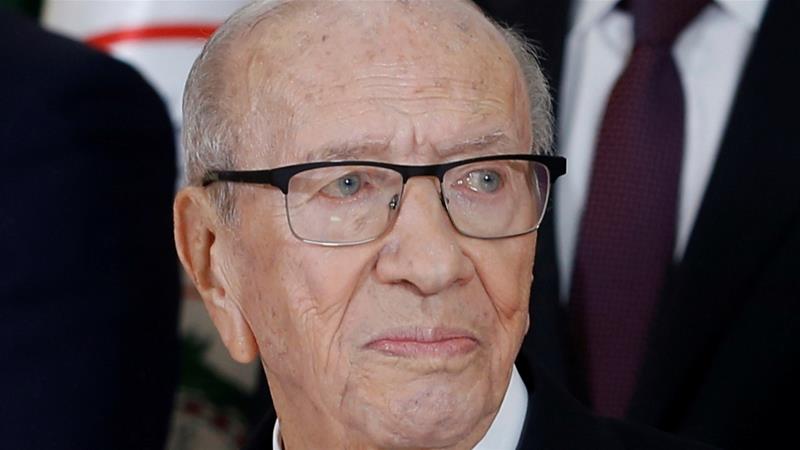 Tunisia’s 92-year-old president Beji Caid Essebsi has made his first public appearance since leaving hospital after an unspecified serious illness.

Video from the president’s office showed Essebsi signing a decree on Friday, authorising elections in October and November, and making a brief address four days after being discharged from a military hospital.

“I was treated by a qualified team. The results were positive, a matter that hastened my discharge from the hospital,” he said in Arabic in at the televised address without giving details.

Essebsi said he would stay in power until December when his terms ends.

In a statement later, his office said the president also extended the North African nation’s ongoing state of emergency by one month.

Essebsi won office in 2014 in the wake of the country’s 2011 uprising that toppled autocratic leader Zine El Abidine Ben Ali.

He recently announced he would not run in the November election, saying a younger person should lead the country.

The president’s hospitalisation coincided with two suicide bombings in central Tunis, which were claimed by the Islamic State of Iraq and the Levant (ISIL or ISIS).

The bombers had blown themselves up in separate attacks on police in the capital on Thursday, killing one police officer and wounding several other people.

Tunisia has been battling armed groups operating in remote areas near the border with Algeria. High unemployment has also stoked unrest in recent years.

Erdogan: US made a serious mistake on Syrian Kurdish YPG fighters