Opposition holds sit-in protests across the country as the government prepares to extend the state of emergency. 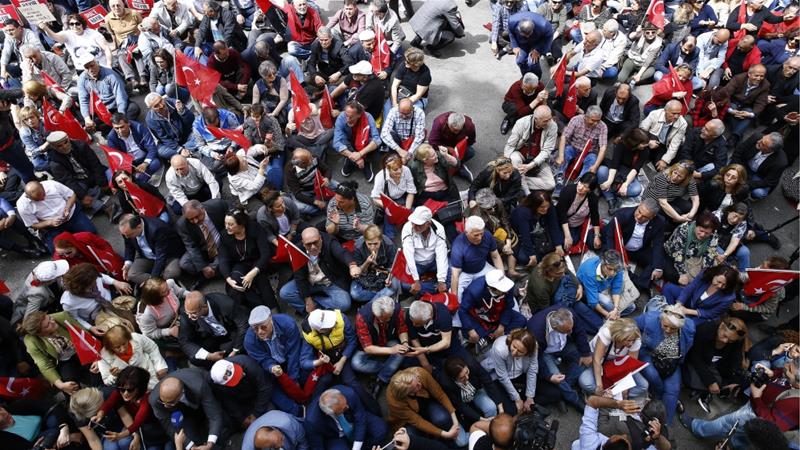 Supporters of Turkey’s main opposition party have staged sit-in demonstrations across the country to protest against the state of emergency, a move criticised by the government.

The demonstrations held on Monday, reportedly in all of Turkey’s 81 provinces, were organised as the government prepares this week to extend the state of emergency for the seventh time.

Turkey declared the state of emergency on July 20, 2016, and has extended it regularly after a coup attempt in July 2016.

Bekir Bozdag, the government spokesperson, criticised the protests, blaming the Republican People’s Party (CHP) of using the methods of “terrorists” and not doing any work.

Bozdag said that for the CHP to be more successful than the ruling Justice and Development Party, it should start working, or running, instead of sitting down.

“They cannot stop the Justice and Development Party by sitting in. We will move on. My advice to them: Now is not the time to sit, now is time to rise,” he said.

“For a long time, the CHP is using the methods of terrorist groups instead of a political party’s methods,” he added on Monday, speaking to reporters during a visit to Qatar.

In Istanbul, hundreds of CHP supporters staged a protest on a street near the city’s main Taksim Square after police blocked their access to the square.

The opposition, Turkey’s Western allies and local and international rights groups accuse the government of using the coup attempt as a pretext to bypass parliament and silence opposition in the country.

The government says the purges and detentions aim to remove from state institutions and other parts of society the supporters of Fethullah Gulen, a US-based, self-exiled religious leader blamed by Turkey for the attempted coup.

The Turkish government has carried out detentions and purges of tens of thousands of people after the failed coup.

It says the arrests are necessary to combat threats to national security. 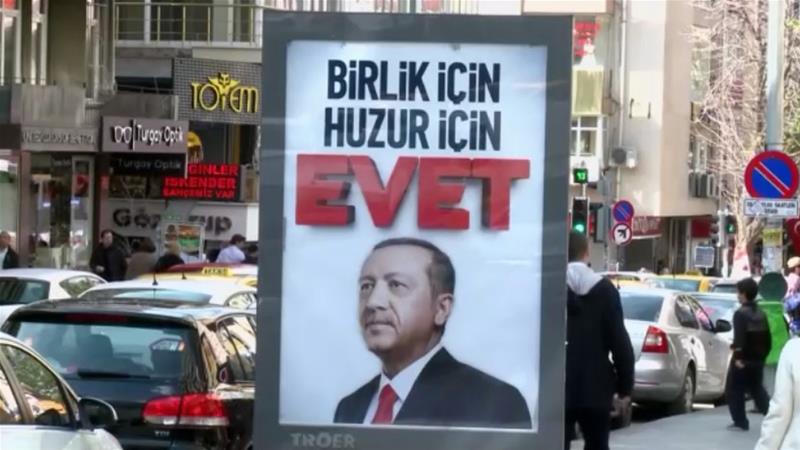 Turkey: the referendum and the media

US forces found evidence of war crimes by Turks in Syria, says US official