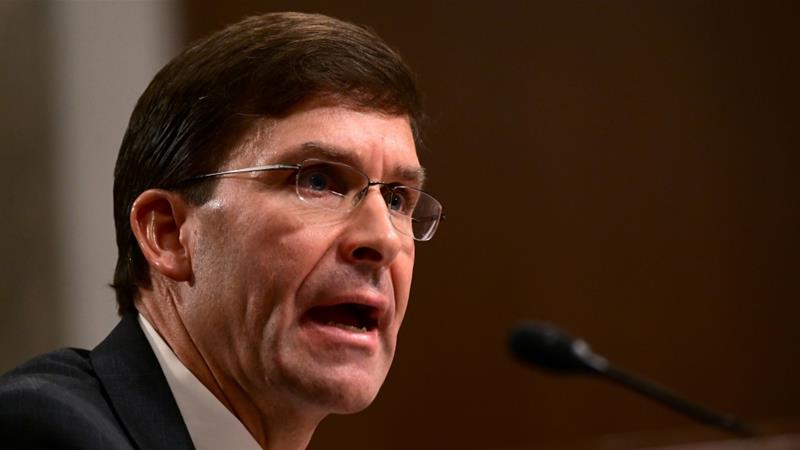 US President Donald Trump’s nominee to become the next secretary of defence has denounced Turkey’s decision to buy Russia’s S-400 missile defence system in remarks that break days of White House silence over the move.

“They have been a long-standing and very capable NATO ally, but their decision on the S-400 is the wrong one,” Esper said.

His comments came a day after Turkish President Recep Tayyip Erdogan confirmed that the first batch of equipment for the missile defence system was delivered from Russia in recent days, despite repeated US calls to cancel the deal or face punishment.

“We have begun to receive our S-400s. Some said ‘they cannot buy them’ … God willing they will be installed at their sites by April 2020,” Erdogan told a crowd of thousands on Monday in Istanbul as Turkey marked the third anniversary of a bloody coup attempt.

“The S-400s are the strongest defence system against those who want to attack our country. Now the aim is joint production with Russia. We will do that,” he added.

‘You cannot have both’

Washington had tried for months to prevent Turkey’s acquisition of S-400s – which can hit targets as far as 400km away – arguing they are incompatible with NATO systems.

It also said that if the S-400s were deployed near US-made F-35 jets, which Turkey is buying and helping to produce, they would undermine the stealth fighter jets’ defences.

On Tuesday, Esper said he had reiterated Washington’s stance to Ankara that Turkey cannot have both the F-35 advanced stealth fighter jet and the S-400 air defence system.

“The policy that I have communicated to my counterpart, if confirmed … is that you can either have the S-400 or you can have the F-35. You cannot have both,” Esper, who stepped down as acting defence secretary while the Senate weighs his nomination, told the Armed Services Committee.

“Acquisition of the S-400 fundamentally undermines the capabilities of the F-35 and our ability to retain that over-match in the skies going forward,” he added.

Turkey has repeatedly said the S-400 is a strategic defence requirement, acquired mainly to secure its southern borders with Syria and Iraq, and that when it made the deal with Moscow for the equipment, the US and Europe had not presented a viable alternative.

Erdogan has previously said he did not believe Washington would impose sanctions over the issue since the two countries are “strategic allies”.

Trump expressed sympathy for Turkey’s position when he met Erdogan at a G20 summit in Japan last month, saying Ankara bought the S-400s from Moscow because the previous US administration would not sell it Patriot missiles.

But despite Trump’s warm words, US officials last week said the administration still plans to act over Turkey’s move.

In addition to threatened sanctions, they said Turkey could be thrown off the F-35 stealth fighter jet programme, meaning it would no longer be part of the production process or be able to buy the jets it has ordered.

The ongoing dispute between the countries with the two largest armies in NATO marks a deep division in the Western military alliance, which was forged after World War II to counter Moscow’s military power.

Investors in Turkey have been unsettled by the deal and the prospect of sanctions, a year after a dispute with Washington over the trial of a US pastor in Turkey contributed to a financial crisis which drove Turkey’s economy into recession. 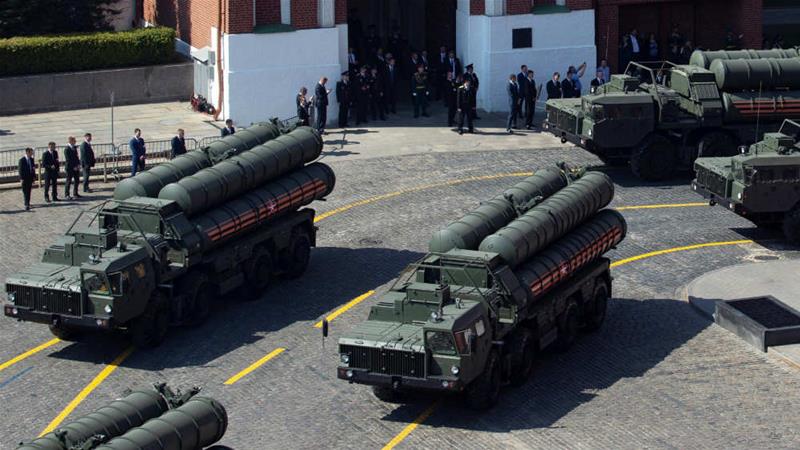 Why is Turkey’s purchase of Russian weapons controversial?

The U.S. Turned Syria’s North Into a Tinderbox. Then Trump Lit a Match.