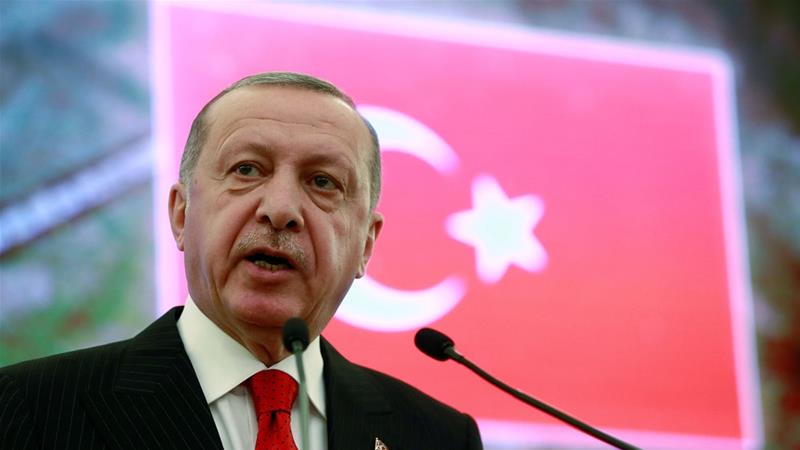 Turkey’s main opposition party has asked authorities to annul last year’s national elections as well as the entire Istanbul city election in March, following a decision to rerun only the mayoral vote.

The Republican People’s Party (CHP) said on Wednesday that votes for Istanbul officials and councils should be cancelled if the mayoral vote is rerun. President Recep Tayyip Erdogan‘s Justice and Development (AK) Party won a majority in the councils.

Following appeals by the AK Party, citing irregularities in the appointment of polling station officials, the High Election Board on Monday ordered a rerun of the Istanbul mayoral election, which the CHP’s Ekrem Imamoglu won with a slim majority.

Voters chose district administrators, mayors, municipal councils, and local officials in the March 31 election. Of those four votes, the board ruled to annul only the Istanbul mayoral result, which the AK Party lost.

But the CHP said the ruling should apply to all four elections because the votes cast in the same envelopes and counted by the same officials.

“Why are you not cancelling the results that came out of the same envelopes,” he said.

Meanwhile, two former heavyweights of Erdogan’s ruling party have criticised the decision to rerun the mayoral vote, expressing concern the decision would damage the state’s reputation.

They have added their voices to a chorus of criticism from abroad.

Former Prime Minister Ahmet Davutoglu said on Tuesday that the decision to annul the results “caused damage to one of our fundamental values”.

“The biggest loss for political movements is not losing elections but the loss of moral superiority and social conscience,” he wrote on Twitter.

Abdullah Gul, former president and cofounder of the AK Party, also criticised the ruling, saying it showed the party had not “made any headway” since past constitutional spats.

Both men have fallen out with Erdogan since their time in office and there have been persistent rumours over the years that they may set up their own parties.

Gul, who has lately kept his distance from daily politics, compared the situation to a 2007 ruling by the country’s top court that prevented him from becoming president without a two-thirds majority in parliament.

As a result, a general election was held, and the new parliament then backed Gul with the required majority to become president.

“What I felt in 2007 … that is what I felt yesterday when another high court, the Supreme Electoral Council, took its decision. It is a pity that we have not made any headway,” he tweeted.

Before last year’s presidential and general elections, there was speculation that Gul would run against Erdogan, but he did not enter the race.

In addition to protests from the country’s opposition and former AK Party heavyweights, a number of countries have expressed concern at the court’s decision.

On Tuesday, Germany’s foreign minister described the decision as “incomprehensible”, and the European Union has asked for an explanation.

The replay of the Istanbul mayoral election is due to be held on June 23.

Ege Seckin, an analyst with HIS Country Risk, said the move by the election board casts a shadow on the electoral process in Turkey.

He told Al Jazeera from London: “This is something we had not seen in Turkey until now. The decision casts a shadow on the integrity of the ballot box in the country, which was something relatively safe, as some would claim, from the authoritarian tendencies of the government.”

“It is definitely a bad sign for what may come. And it potentially creates a discouragement for the integrity of future elections.”