Turkey’s prime minister says part of the operation is to establish a 30km ‘safe zone’ in Syrian enclave of Afrin.

Turkey’s prime minister says ground troops have crossed into the Syrian enclave of Afrin as part of an operation against Syrian Kurdish armed group YPG.

In a press conference in Istanbul on Sunday, Binali Yildirim said Turkish forces crossed into the YPG-controlled region in Syria at 08:05 GMT from the Turkish village of Gulbaba.

He said Turkey plans to establish a 30km “safe zone” in Afrin.

Turkey considers Syria’s Kurdish Democratic Union Party (PYD) and its armed wing, the YPG, “terrorist groups” with ties to the banned Kurdistan Workers’ Party (PKK), which has waged a decades-long fight inside Turkey.

It fears the establishment of a Kurdish corridor along its border.

They have reportedly advanced 5km inside Afrin.

‘In a very short time’

Confirming the Afrin operation, President Recep Tayyip Erdogan said on Sunday he hopes it will be completed “in a very short time”.

But Erdogan also warned pro-Kurdish opposition supporters in Turkey not to protest against the military’s operation.

“Know that if you go out on the streets, authorities are on your necks,” he told thousands of supporters in Bursa.

Earlier, Anadolu reported that Turkish-backed Free Syrian Army (FSA) fighters had advanced towards Afrin in the early hours of Sunday.

The YPG confirmed the advance, saying two villages in Afrin’s Bilbil district near the Turkish border came under attack.

About 25,000 Free Syrian Army (FSA) rebels were joining the Turkish military operation in northern Syria with the goal of recapturing Arab towns and villages held by the YPG, a Syrian rebel commander told Reuters news agency on Sunday.

Major Yasser Abdul Rahim, who is also the commander of Failaq al-Sham, a main FSA rebel group in the operations room of the campaign, said the rebels did not seek to enter the mainly Kurdish city of Afrin but encircle it and expel the YPG.

“We have no interest in entering the city only the military targets inside the city and the villages around it. We aim to encircle the city and ensure the militias are evicted. We won’t fight in the city as we have no problem with civilians,” he said.

A main goal of the military operation was to recapture Tel Rifaat, a town southeast of Afrin, and a string of Arab villages the YPG captured from rebels in February 2016, driving out tens of thousands of inhabitants, Abdul Rahim said.

“The task of the Free Syrian Army is first to regain sixteen Arab towns and villages occupied by the foreign militias [YPG] with the help of the Russian air force,” Abdul Rahim told Reuters in a phone interview from inside Syria.

The fighting Abdul Rahim was referring to forced at least 150,000 residents of these villages to flee to Azaz.

They are sheltering in camps at the Turkish border and rebels say they have not been allowed to go back to their homes.

As early as Friday, thousands of FSA fighters had already been mobilised in Turkey’s Hatay province and Syrian locations east of Afrin.

Turkey’s military said on Sunday it targeted at least 153 “shelters, hideouts and ammunition depots” of the Kurdish armed groups, as well as the Islamic State of Iraq and the Levant (ISIL) group  in several areas.

But the YPG said that civilian areas were also hit, including Afrin’s city centre.

Meanwhile, three rockets have been reportedly fired from Syria, hitting four locations in two neighbourhoods in the Turkish province of Kilis.

Anadolu quoted Mehmet Tekinarslan, governor of Kilis, as saying that three people were injured in the attack. 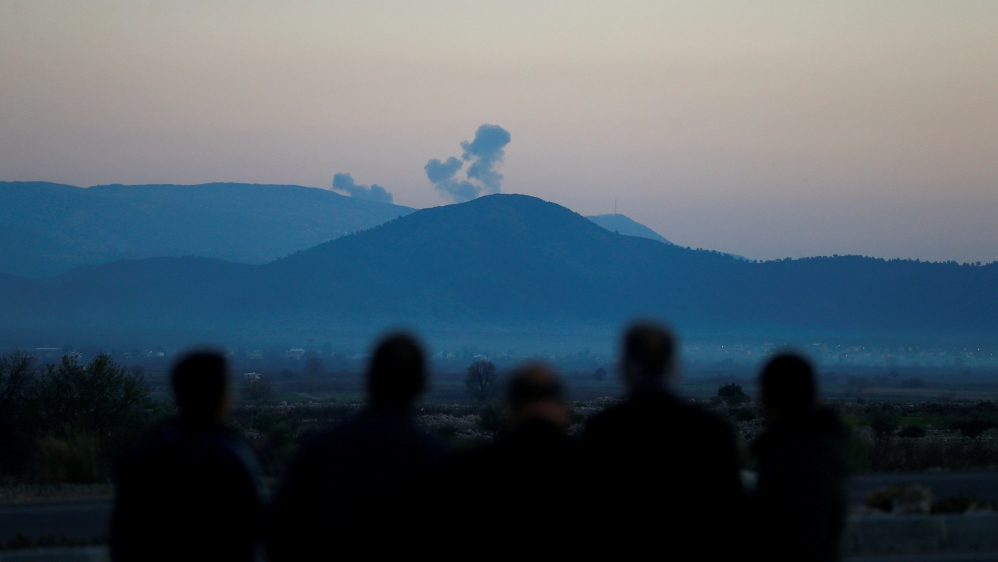 Turkey’s military has been hard-pressed to emphasise that “only terrorists” are being targeted in its latest operation.

On Saturday, Erdogan said the operation in Afrin would be followed by a push in the northern town of Manbij, which the US-backed Kurdish forces captured from ISIL in 2016.

The US has previously armed the Syrian Kurdish YPG, viewing it as the most effective ground force in its fight against the ISIL armed group.

According to estimates, there are between 8,000 to 10,000 Kurdish fighters in the Afrin area.

Al Jazeera’s Stefanie Dekker, reporting near the Syria-Turkey border, said the military and logistical build-up at the border continues.

Russia, which controls the airspace over Afrin, has withdrawn hundreds of its soldiers deployed near the city before Saturday’s operation. 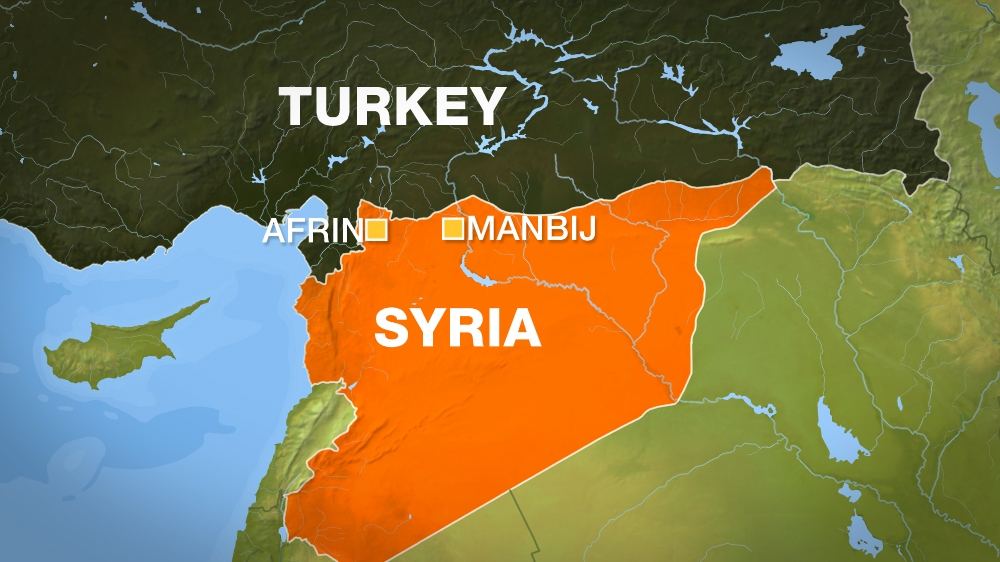 Did Israel use excessive force at Gaza protests?