Fragments recovered from one of two tankers crippled by explosions in the Gulf of Oman last week bear a “striking resemblance” to limpet mines that Iran has previously displayed, United States Navy officials told reporters on Wednesday in the United Arab Emirates.

A Navy commander also said during the briefing that fingerprints and other information recovered at the site of the explosions could be used to build a criminal case.

The United States has blamed Iran for the attacks on June 13, which targeted the Kokuka Courageous, a Japanese-operated vessel, and the Norwegian-owned Front Altair. The Navy released grainy video last week that it said showed an Islamic Revolutionary Guard patrol boat pulling up to the Kokuka Courageous and removing an unexploded mine.

Tehran has denied any involvement.

During the briefing in Fujairah, United Arab Emirates, Navy officials displayed debris and a magnet that they said had been left behind after the attack on the Kokuka Courageous, according to Reuters. They also released a series of videos and images of one of the ships, including footage showing a hole in the hull of the Kokuka Courageous. 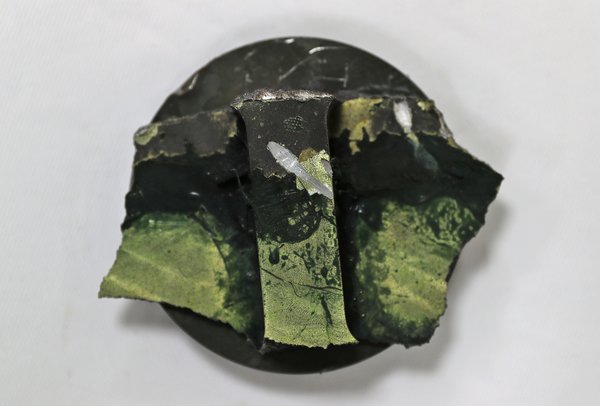 “The limpet mine that was used in the attack is distinguishable and also strikingly bearing a resemblance to Iranian mines that have already been publicly displayed in Iranian military parades,” said Cmdr. Sean Kido, the head of an explosive ordinance dive and salvage task group in the Naval Forces Central Command.

Commander Kido also emphasized that the blast that hit the Kokuka Courageous had not been from a flying object striking the ship, as the tanker’s operator said last week.

“The damage at the blast hole is consistent with a limpet mine attack; it is not consistent with an external flying object striking the ship,” he said, according to Reuters, adding that nail holes visible in the hull showed how the mine had been affixed to the ship.

He said that the authorities had recovered a hand print along with fingerprints at the attack site. The biometric information “can be used to build a criminal case to hold the individuals responsible accountable,” he said, but did not offer more details, according to The Associated Press.

Tensions between Iran and the United States have heightened in recent weeks. On Monday, Tehran said it would breach within days an important marker of the 2015 international pact limiting its nuclear program if other signatories to the deal did not help ease sanctions that have damaged its economy. Later that day, President Trump ordered an additional 1,000 troops to the Middle East.

Mr. Trump pulled the United States out of the 2015 deal last year and reintroduced punishing sanctions that have put the countries increasingly at odds.

US crafting surrender document not a peace plan: Palestine FM

Pompeo says US backs Saudi Arabia's 'right to defend itself'