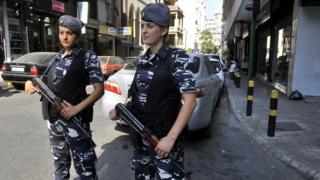 The UN has called for an independent investigation into the death of a detainee in Lebanon last week.

Hassan Dika, 44, is alleged to have been tortured following his arrest last November on drug-related charges, and subsequently denied due process and deprived of timely medical care.

Police have denied he was mistreated.

A statement issued by the Internal Security Forces (ISF) on Sunday accused Mr Dika’s family of asking a forensic pathologist to fabricate medical reports that said his body displayed signs of beating.

The pathologist had been detained and confessed to fabricating the reports, it said.

Mr Dika was arrested six months ago by members of the ISF Information Branch on 3 November on suspicion of facilitating the passage of a large amount of hashish through the port of Beirut.

According to information received by three independent UN experts, he was then held incommunicado and allegedly subjected to heavy beating, electric shocks and forced nudity, and subsequently forced into signing a confession.

Several days later he was transferred to the Palace of Justice in Baabda and his family was informed about his whereabouts.

On 23 November, a lawsuit was filed with the public prosecutor’s office alleging arbitrary arrest and torture in detention. However, in what the UN said appeared to be a clear contravention of Lebanese law, no investigation was launched. The lawsuit was withdrawn, allegedly under pressure from authorities, in March.

A second lawsuit alleging torture was filed in December, which was also not investigated, according to the UN experts.

A sad day in #Lebanon. Mr. Hassan Toufic Dika died in hospital after allegations of arbitrary detention, #torture and ill-treatment. The Lebanese government failed to take all necessary interim measures to
halt the alleged violations and to ensure the accountability pic.twitter.com/YX2Cgla1Ql

On 2 April, Mr Dika was admitted to hospital after suffering partial paralysis of his left leg and severe pain in his back, the UN said. He remained there until he died last Saturday.

The following day, Lebanese Interior Minister Raya al-Hasan announced that she has ordered an investigation to ascertain the cause of Mr Dika’s death.

On Tuesday, Ms Bachelet called on the minister to ensure the investigation was “independent, prompt and credible”.

The high commissioner for human rights said Lebanon’s own laws seemed to have been ignored, both in terms of the failure to investigate the original allegations of torture, as well as the refusal to provide medical treatment. Legal procedures also appeared to have been flouted, she added.

“If Mr Dika was indeed tortured – as the medical evidence allegedly suggests – then those who ordered and committed this crime must be held accountable, as must anyone who denied him his right to receive medical care and anyone who deprived him of any of his legal rights,” Ms Bachelet warned.