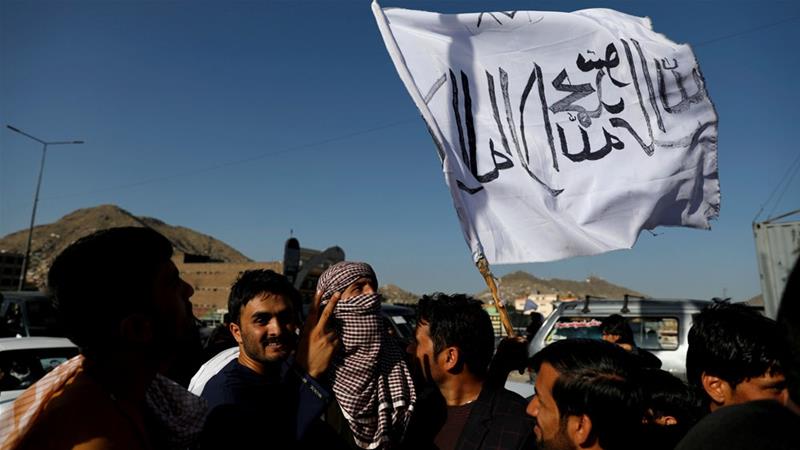 Islamabad, Pakistan – United States Special Envoy on Afghan Reconciliation, Zalmay Khalilzad, is due to arrive in the Pakistani capital Islamabad for talks with the country’s civilian and military leadership, as the Afghan Taliban threaten to pull out of peace talks that could see an end to the 17-year Afghan War.

Khalilzad is expected to land in Islamabad on Thursday, although the envoy’s schedule has been fluid in recent days after his visits to New Delhi, Beijing and Kabul, with brief stops in Dubai, since embarking on his regional tour earlier this month.

The US envoy’s visit to Pakistan comes as the Afghan Taliban on Tuesday threatened to pull the plug on direct negotiations with the US, accusing the country of duplicity in a statement issued to the media.

“If [the US] seeks to avoid accepting the legitimate demands of Afghans and under various excuses wishes to pursue its colonial and military objectives in the guise of peace … it means it has a lack of interest in finding a peaceful solution to the Afghan problem,” read the Taliban statement.

In advance of Khalilzad’s visit, senior US State Department official Lisa Curtis has been holding meetings in the Pakistani capital.

Curtis is expected to accompany Khalilzad on his engagements with the government of Pakistan, a country the US considers to have a key role in bringing the Afghan Taliban to the negotiating table.

In December, US President Donald Trump told Pakistani Prime Minister Imran Khan that he considered Pakistan to “[have] the ability to deny the Taliban sanctuary on its territory”, in a letter requesting Afghanistan’s eastern neighbour for its “support and facilitation” for the Afghan peace process.

Pakistan denies that it holds direct influence over the Afghan Taliban, an armed group that has been fighting US-led NATO forces in Afghanistan since 2001, and which the Afghan government considers to be backed by Islamabad.

Pakistan has long advocated for a negotiated settlement to the conflict in Afghanistan, the US’s longest-ever war – reaching more than 17 years of fighting.

“Pakistan’s long-standing position to give peace and reconciliation a real chance in Afghanistan has become the basis of an international consensus,” said Pakistani Foreign Office spokesperson Muhammad Faisal at a recent press briefing.

The Pakistani Foreign Office has acknowledged the country’s role as a “facilitator” in the Afghan peace process in several statements, but denies having direct control or influence over the Afghan Taliban.

‘Let us pray that this leads to peace’

Direct talks between the US and the Afghan Taliban recommenced in July last year, with senior US State Department official Alice Wells meetings with representatives of the armed group in Qatar’s capital, Doha.

A second meeting, this time with Khalilzad, was held in October, also in Doha. This was followed by a third two-day meeting last month in the United Arab Emirates (UAE), which also included representatives from Saudi Arabia, Pakistan and the UAE.

The talks have fulfilled a long-standing demand from the Afghan Taliban, who refuse to negotiate with Afghan President Ashraf Ghani’s civilian government, terming it a “puppet regime” of the US.

Efforts by the US to include Afghan officials in the latest peace talks have met continued resistance from the armed group.

Following the last round of talks, Pakistan’s Prime Minister Khan said his country would do “everything within its power to further the peace process”.

“Pakistan has helped in the dialogue between Taliban and the US in Abu Dhabi. Let us pray that this leads to peace and ends almost three decades of suffering of the brave Afghan people,” he said in a tweet.

On Tuesday, UK-based broadcaster, the BBC, reported that Pakistan had detained a senior Afghan Taliban official in a possible bid to pressure the group to return to the negotiating table.

Hafiz Mohibullah, who served as religious affairs minister when the Taliban ruled Afghanistan, was arrested in the northwestern Pakistani city of Peshawar, the broadcaster reported.

Shortly after the news broke, the Afghan Taliban issued a statement accusing the US of “exerting unlawful pressure by enticing other countries”.

It is unclear where the talks now stand, with the Taliban accusing the US of expanding the agenda beyond the earlier agreed upon remit of a withdrawal of foreign forces from Afghanistan and a commitment to “prevent Afghanistan from being used against other countries”, according to the Taliban statement.

“The Islamic Emirate warns the United States that if the current state of affairs continues and America sustains her insincerity, then the Islamic Emirate will be forced to stall all talks and negotiations until America ends her unlawful pressures and manoeuvring and steps forward towards true peace,” the Taliban said.

Israeli elections: What do the results reveal?

Netanyahu: What are the allegations?