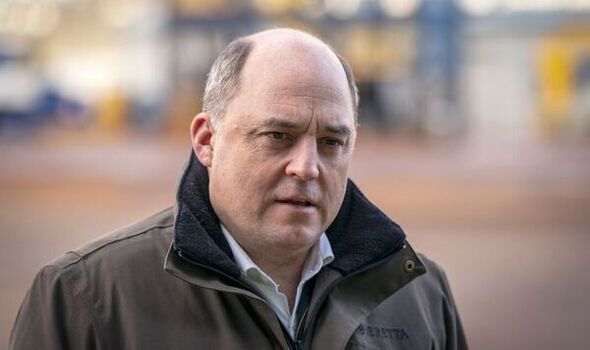 The revelation comes just days after it was revealed that hundreds of illegal migrants are to be housed in military homes as hotels across the country fill up.

Defence Secretary Ben Wallace has already secured £1.6 billion to make improvements for military housing over the next decade but the figures uncovered by Labour reveal that much of it is at the lower quality end.

In total 40 percent of military personnel homes are at the lowest grade 4 acceptable level while five percent is actually “below grade 4” minimum standard covering 4,360 personnel.

Just one in five military homes (21 percent) are at the top grade 1 level for accommodation.

The figures were obtained by Labour’s shadow Defence Secretary John Healey, who said Ministers were “failing in their duty to personnel, who are forced to live in discomfort as properties fall into disrepair.”

The Ministry of Defence awards grades to its Single Living Accommodation based on “deficiency points” allocated across 14 categories.

Points are apportioned for the condition of bedroom decoration, fixtures and fittings, adequacy of heating systems and the proximity of toilet and washing facilities, among other factors.

There is currently no minimum quality standard set for Single Living Accommodation and no minimum acceptable conditions that service personnel should expect.

A 2021 National Audit Office report on Single Living Accommodation exposed “decades of underinvestment” and “problems with heating and hot water.”

Mr Healey said: “The Conservatives are failing in their duty to our service personnel, who are forced to live in discomfort as properties fall into disrepair.

“The standard of accommodation has been consistently low and getting worse under this government yet nothing’s changed.

“These conditions wouldn’t be unacceptable in civilian life, and they certainly aren’t acceptable for actively serving personnel.

“The government must deliver homes fit for those serving our country.”

An MoD spokesman said: “While 95 percent of this type of accommodation is between Grades 1 and 4, the provision of good quality, secure accommodation for Service Personnel is a key priority.

“That’s why we are introducing minimum standards and spending more than £1.6 billion over the next decade to make improvements and build new living quarters.”