Nicola Sturgeon has been called out for presiding over a shameful record of drug deaths in Scotland. Conservative MSP Sandesh Gulhane, who also works as a doctor, said the First Minister was “an absolute disgrace” for “taking her eye off the ball” on drug deaths. This comes as 1,339 drug-related deaths in 2020 put Scotland’s rate three times higher that the rest of the UK and higher than any European country.

The 2021 results are due out next week and are expected to be grim reading for the SNP.

“We have the most in Europe for two years running.

“1,339 people died for no reason in Scotland. That is five times more than in England.” 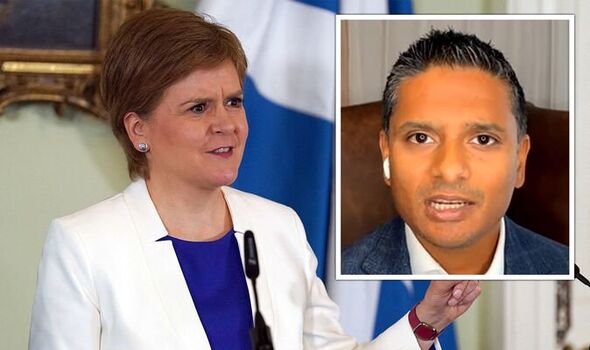 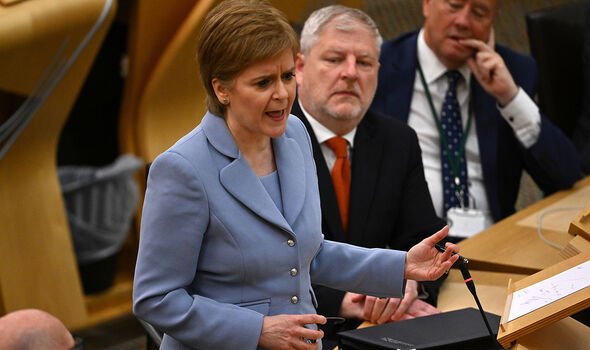 The MSP continued: “Nicola Sturgeon is now looking at a referendum instead of people dying in this country and it’s an absolute disgrace.

“This report doesn’t say anything we didn’t already know and all you hear from the SNP is them repeatedly say ‘we will learn lessons’.”

The final report of the Scottish Drug Deaths Taskforce has called for a major cash injection amid “woefully inadequate” funding from the SNP during the crisis.

The report heaps pressure on Nicola Sturgeon, reading: “The First Minister has publicly recognised that her Government ‘took their eye off the ball’. 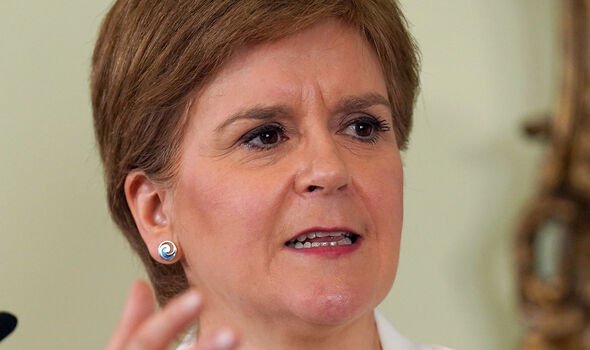 “The question now is whether the Government will provide targeted funding to enable services to deliver transformational change – not a return to the funding of the past, but an ambitious and radical commitment to making people’s lives better.”

Scottish Conservative leader Douglas Ross has repeatedly bashed the SNP for not doing enough to reduce the drugs deaths crisis, which he called Scotland’s “national shame”.

This comes as Ms Sturgeon places a renewed focus on breaking up the UK after she set a proposed date for an independence referendum – October 19, 2023.

The Supreme Court will rule on whether the Scottish Government can legislate for a second vote on independence without Westminster’s backing during a hearing on October 11 and 12. 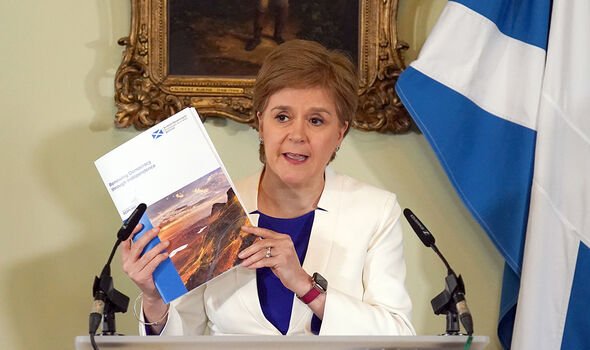 Both parties have until August 9 to make written submissions.

However, the focus on independence has not been smooth sailing for Ms Sturgeon after the new Scottish independence prospectus featured a large image of an English wind farm on the front page

The SNP leader’s Government was left embarrassed after it came to light that the image actually shows Fraisthorpe wind farm, on the east coast of Yorkshire, near Bridlington.

The paper has now been re-issued online with a new front cover, now showing two turbines under a cloudy sky in Pease Bay, Berwickshire in Scotland.