Andrew Neil challenged the Tory Party chief to provide a timeline of the expected impact of the controversial plan which has sparked a backlash over the past week. Jake Berry insisted the Commons would be the first place to learn of Kwasi Kwarteng’s forecast but the response pushed the veteran presenter to press on for a clearer answer. The Channel 4 host asked: “When does this growth come?”

Mr Berry said: “We will see later when the Chancellor sets out his medium-term economic plan to the House of Commons, which is the absolutely correct way of doing it, that the Government will…”

The Conservative Party chairman said presenting the forecast in Parliament is “the right time to do it.”

But Mr Neil was clearly unimpressed by the response: “So, as things stand, after last week’s budget with all the fallout that it’s had, all meant to be in the pursuit of growth, you cannot tell me or our viewers when economic growth is going to return.” 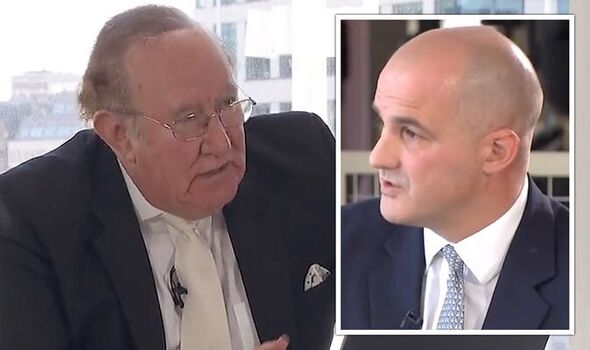 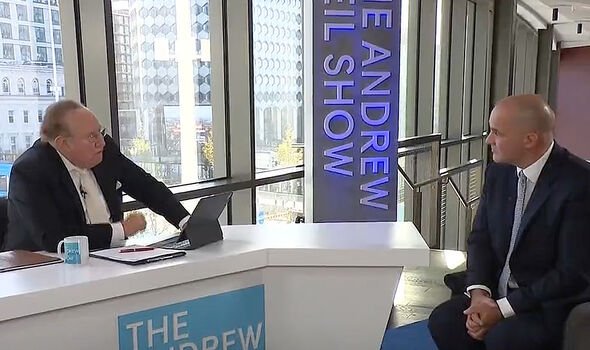 Mr Berry made an initial attempt to respond: “What I can tell you and your viewers….”

Mr Berry hit back: “Are you going to give me the opportunity to answer the question?”

The broadcaster said: “Yeah, but answer the question.

The top Conservative politician replied: “Thank you. I will take that chance.”

And Mr Neil quipped: “Don’t answer another question, Mr Berry. When will there be economic growth?” 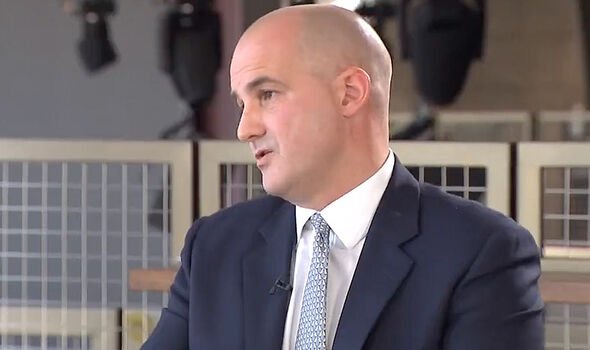 Mr Berry said: “What I can tell your viewers is that ‘do nothing’ was not an option because we’ve been through a period of time where taxes have gone up, economic growth has been sluggish.”

Andrew Neil once again cut in: “Under your Government, under a Conservative Government.”

The Conservative chairman conceded: “Yeah, absolutely, and across the globe as well. So our new Prime Minister, our new Government, has set out an approach which will drive economic growth across this country.”

The mini-budget Kwasi Kwarteng presented to the Commons on September 23 has faced intense scrutiny after it sparked a collapse of the pound and the intervention of the Bank of England.

If Labour really has a 33-point lead, the Tories face total wipeout [INSIGHT]
Truss crisis as poll shows under-45s think Labour is more patriotic [REVEAL]
Have your say on whether Chancellor should cut tax for highest earners [REACT]

And on Monday, the Government was forced into a dramatic U-turn as Mr Kwarteng announced plans to abolish the 45p top tax rate had been dropped.

The Chancellor had been preparing to tell the Conservative Party conference in Birmingham that they must “stay the course” and back their tax plans.

And he had been set to insist in a speech now likely to be overhauled that his measures are vital to boost growth and avoid a “slow, managed decline”.

In a possible hint of what was to come, Ms Truss was criticised for singling Mr Kwarteng out as responsible for the tax cut on Sunday, saying “it was a decision the Chancellor made” rather than one debated by the entire Cabinet.

Spending around £2 billion annually on a tax cut for top earners while scrapping the cap on bankers’ bonuses was seen as politically toxic and millions face the squeeze of the cost-of-living crisis.