The EU figurehead made the revelation as she received a doctorate – her 17th honorary one. The politician hinted in her acceptance speech she was keen to go back to university after she stands down in 2021. The 65-year-old told a crowd at the Leipzig Business School: “All universities that have given me an honorary doctorate will hear from me anyway, once I am no longer the Chancellor. “I will come back and I won’t just stay for a short time, like today. I will stay longer.”

Mrs Merkel, who has among many a doctorate in physics, holds titles from three Israeli universities, the University of Nanjing in China and the elite Harvard University in the US.

Honorary doctorates are awarded for merit.

President of the European Central Bank, Christine Lagarde, congratulated Mrs Merkel in a laudatory speech about her “dear friend”.

She said: “Chancellor Merkel has affected millions of women worldwide. 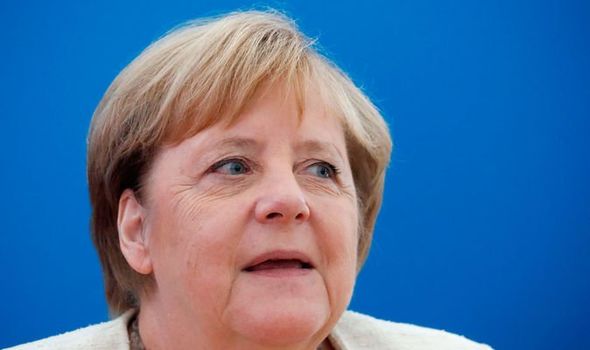 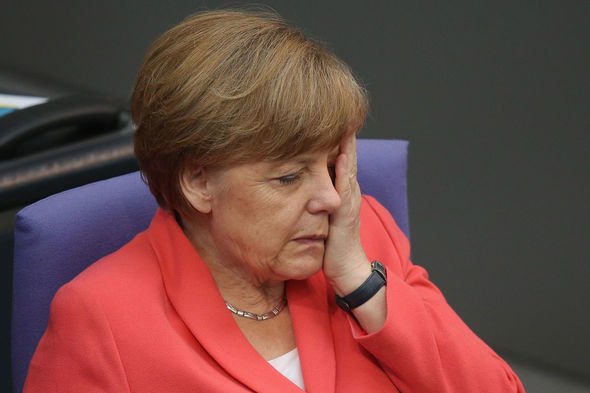 Mrs Merkel had become chancellor when she herself was a minister in France, Lagarde said.

Ms Lagarde added: “She was an inspiration to me. She does not know that, but she was.”

The Chancellor was awarded for her political leadership style, local news reports. 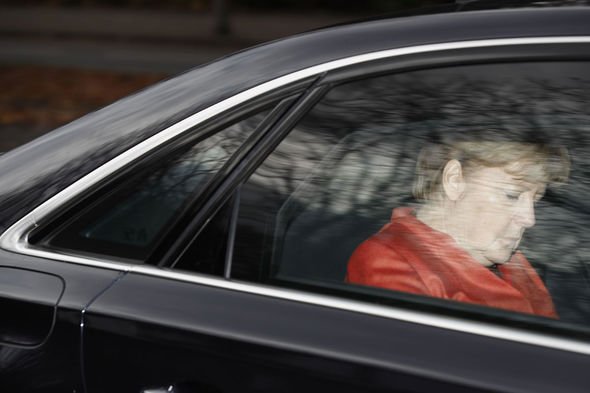 The style was marked by four ‘D’s’, Lagarde said in her speech: “Diplomacy, Diligence, Determination and Duty. With this, the Chancellor has shaped European policy even in times of crisis.”

Despite local reports of Mrs Merkel being in a “good mood”, her acceptance speech comes at a time when Berlin is in the midst of crisis.

This afternoon, Mrs Merkel’s Christian Democrats (CDU) remained the largest party in Saxony, but saw their share of the vote drop by 7.4 points from the last election in 2014 to 32 percent, with the far-right Alternative for Germany (AfD) coming second, an exit poll for broadcaster ARD showed. 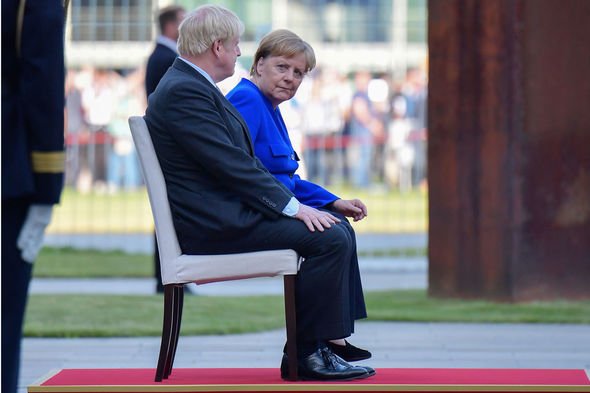 The AfD harnessed voter anger over refugees and the planned closure of coal mines in the formerly communist eastern states, casting itself as the heir of the demonstrators who brought about the fall of the Berlin Wall three decades ago.

The party almost tripled its share of the vote in Saxony to 27.5 percent and saw its support double in neighbouring Brandenburg, a major feat for a party set up only six years ago to oppose euro zone bailouts.

In Brandenburg, which surrounds Berlin, the SPD clung on to first place in a state they have run since German reunification in 1990, winning 27.5 percent of the vote – ahead of the AfD on 22.5 percent.

The setbacks for the ruling parties could still hasten the break-up of the national coalition led by Mrs Merkel, who has loomed large on the European stage since 2005 and whose early departure would further unsettle a EU already unnerved by Brexit.

Ralph Brinkhaus, leader of the CDU’s group in the national parliament said after the result: “Now we need to deliver in the autumn.”

AfD also sent a message to Mrs Merkel and warned her her ruling coalition partners could not carry on as before after luring many of their voters to come second in two regional elections in eastern Germany.

Alice Weidel, leader of AfD said: “The CDU and SPD suffered losses. Our success here could trigger the dismantling of the coalition in Berlin.

“The other parties can’t continue with business as usual.”

Mrs Merkel has suffered health problems in recent months, after she was seen violently shaking during several political events.

She has since taken to sitting at such events, with the most recent being welcoming Boris Johnson to Germany for Brexit talks.