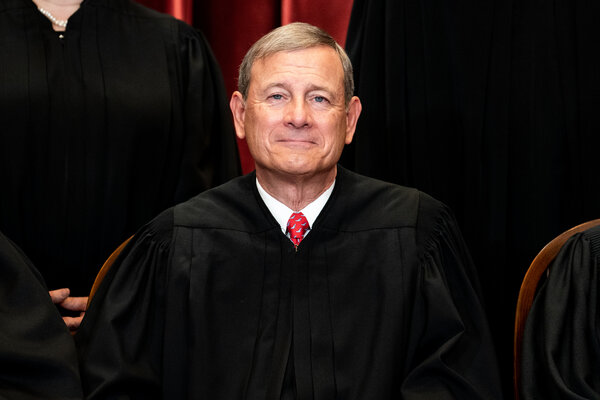 When Judge John G. Roberts Jr. faced the Senate for his Supreme Court confirmation hearing in September 2005, critics sounded the alarm about his longstanding skepticism toward the 1965 Voting Rights Act, which many view as crucial to the political gains of Black Americans over the last half century.

“I fear that if Judge Roberts is confirmed to be chief justice of the United States, the Supreme Court would no longer hear the people’s cries for justice,” Representative John Lewis, the civil rights leader from Georgia, said in urging the Senate Judiciary Committee to reject the nomination.

Judge Roberts was easily confirmed by the Republican-controlled Senate despite pleas from Mr. Lewis and other civil rights activists. He went on to oversee the court in rulings that weakened the Voting Right Acts, compromising its decades-long role as a protector of minority access to the ballot box across much of the South. Mr. Lewis died last July, just months before Republican state legislatures enacted an onslaught of voting restrictions after the 2020 elections.

But it is not only those legislatures that Democrats see as their adversaries on election issues.

“We are also up against a Supreme Court that is keen on destroying our nation’s most consequential voting rights law,” Representative Terry A. Sewell, Democrat of Alabama, said this week during a Democratic call celebrating the anniversary of women’s right to vote.

While Mr. Lewis may be gone, House Democrats hope to keep his spirit alive by passing a bill bearing his name next week that they hope will offset what Speaker Nancy Pelosi has called “disastrous” and “shameful” decisions undermining voting rights by the Roberts-led court.

The John Lewis Voting Rights Advancement Act is one element of a two-pronged legislative effort by Democrats to protect minority voting rights. A much broader bill, the For the People Act, would impose an array of requirements on states to expand voting by mail and early voting along with extensive provisions on ethics, campaign finance and redistricting.

The bill named for Mr. Lewis is narrower and focuses on restoring the power of the Voting Rights Act. Both measures face a bleak future in the Senate, where Republicans are nearly unanimous in their opposition to them.