The White House warned that tearing up the post-Brexit deal for Northern Ireland would “not create a conducive environment” for US-UK trade talks.

It is the latest intervention from the US President over the protocol, which is the subject of a bitter row between Britain and Brussels.

Mr Biden has repeatedly urged the UK not to take any action that could lead to a hard Irish border.

The warning comes after Liz Truss told Commons on Wednesday that her preference is for a negotiated solution with the EU. 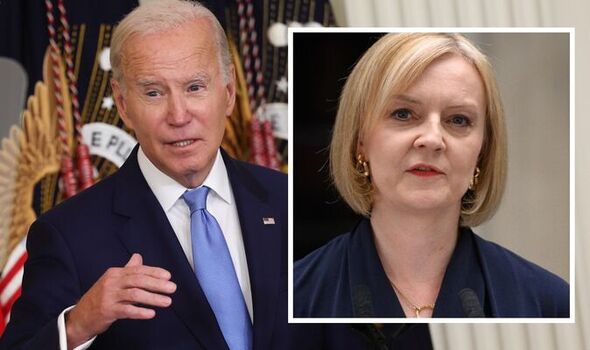 But she warned any agreement would have to deliver “all of the things we set out” in the Northern Ireland Protocol Bill.

The legislation hands ministers powers to unilaterally override elements of the protocol, which was designed to prevent a hard border between Northern Ireland and the Republic.

However, the arrangement has been an ongoing source of tension between the UK and the EU as it has led to checks on goods moving between Great Britain and Northern Ireland.

Mr Biden raised the issue which threatens to strain the transatlantic relationship in his first phone call with Ms Truss on Tuesday.

The US leader, who has Irish roots, stressed the importance of reaching an agreement with the bloc.

According to the White House’s account of the call, the two discussed their “shared commitment to protecting the gains of the Belfast/Good Friday Agreement and the importance of reaching a negotiated agreement with the European Union on the Northern Ireland Protocol”.

Speaking in the Commons, Mr Heaton-Harris said he would prefer a negotiated settlement with the EU. 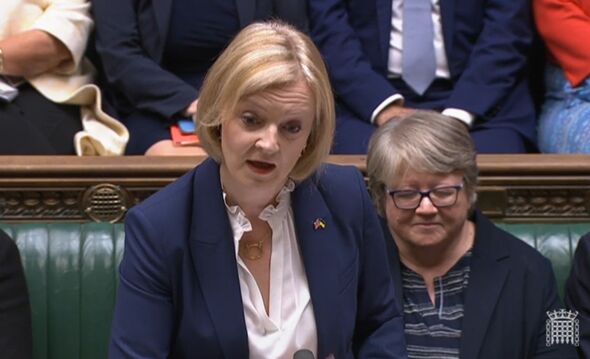 However he warned the Government would press ahead with the Northern Ireland Protocol Bill if necessary.

In response to a question from former Northern Ireland Secretary Theresa Villiers, Mr Heaton-Harris replied in the Commons: “We are committed to resolving the problems in the protocol, ideally through a negotiation, but, if not, through legislation so yes.”

Ireland’s premier Micheal Martin yesterday said he takes “heart” from Ms Truss’s remarks that she would like to see issues surrounding the protocol resolved by negotiation.

He added that with goodwill the EU is ready to be flexible and responsive.

Speaking at an event in Dublin, the Taoiseach said: “I look forward to be in a position to speak to the British Prime Minister within the next day or two.

“I take heart from the Prime Minister’s comments that her preferred approach to the protocol is to have it resolved by negotiation. That is certainly our view also and that of the European Union.”

Earlier this week, the EU warned its position on the protocol had not changed “one iota”.

Speaking on Monday ahead of Ms Truss being unveiled as Boris Johnson’s successor, the European Commission demanded the post-Brexit arranagements for Northern Ireland are honoured.

European Commission spokesman Eric Mamer said: “We are always looking for new beginnings. Obviously anything that can help move forward in our relationship with the United Kingdom will be very welcome.

“As to what we expect it is very clear, it has not changed one iota. We expect the full implementation of the Withdrawal Agreement, the Trade and Co-operation Agreement we have signed and, of course, the Irish and Northern Irish Protocol.”

‘Can no longer stop them!’ Le Pen on verge of key election win to help beat Macron