The measure, which extends expiring transportation programs for a month, had originally been part of a $1 trillion infrastructure bill that stalled in the House this week. 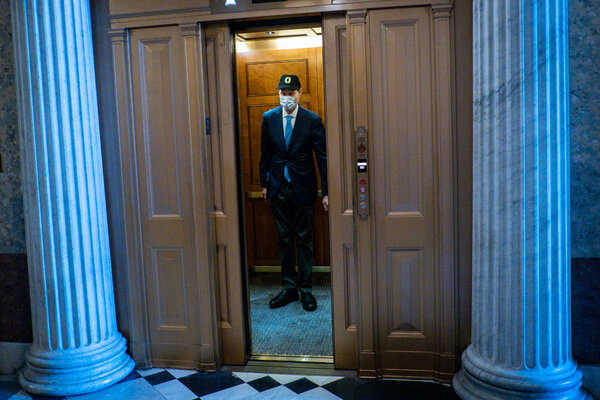 The rare weekend session was necessary because Congress did not address expiring transportation programs when it passed legislation on Thursday to avert a government shutdown. Those reauthorizations had been included in a $1 trillion bipartisan infrastructure bill that had been scheduled for a vote on the same day but never came up amid deep divisions among congressional Democrats over the measure.

Senators approved by unanimous consent a motion from Senator Ron Wyden, Democrat of Oregon and the chairman of the Finance Committee, to extend the expiring transportation programs for 30 days and end the furloughs of 3,700 workers. The stopgap bill, which the House passed on Friday by a vote of 365 to 51, extends the programs through Oct. 31.

The Saturday vote capped an intense week at the Capitol, where Democrats tried and failed to advance a major piece of Mr. Biden’s agenda. The nearly 100-member Congressional Progressive Caucus blocked a vote on the $1 trillion infrastructure bill in the House, seeking leverage to secure passage of a larger $3.5 trillion domestic policy bill that Mr. Biden, Speaker Nancy Pelosi and Senator Chuck Schumer, Democrat of New York and the majority leader, had assured the caucus would advance as part of a “two-track” process with the infrastructure bill.

The progressives’ stance forced Ms. Pelosi to delay a planned vote on the infrastructure bill and ultimately prompted Mr. Biden to side with them in saying that there could be no vote on that bill until agreement on the far broader social policy and climate measure had been reached.

In a letter to lawmakers on Saturday, Ms. Pelosi urged passage of the infrastructure bill by the end of the month, and signaled that Democratic leaders were continuing to negotiate the broader social policy and climate bill with Senators Joe Manchin III of West Virginia and Kyrsten Sinema of Arizona, two Democratic holdouts who are key swing votes needed to pass legislation in the Senate.

“Again, we will and must pass both bills soon,” Ms. Pelosi wrote. “We have the responsibility and the opportunity to do so.”

Ms. Sinema released a statement on Saturday condemning the delay of the vote on infrastructure, calling it a “failure” and “deeply disappointing for communities across our country.”

‘Vintage EU!’ Boris warned not to be fooled by Brussels’ ‘false promises’ in Brexit row