The president has taken pains to show his commitment to the storm response even as his administration deals with the Afghanistan pullout and other critical issues. 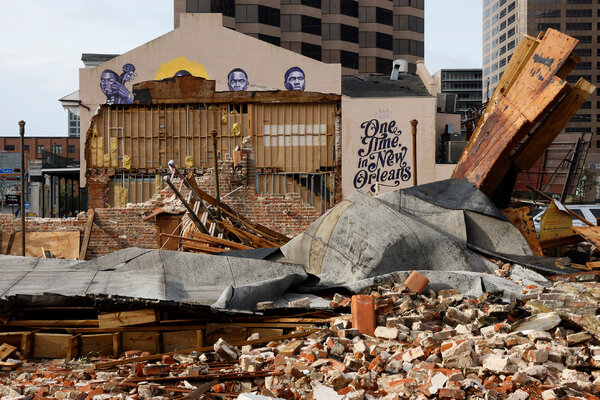 WASHINGTON — President Biden is set to fly to New Orleans on Friday to tour the damage wrought by Hurricane Ida, part of an effort to demonstrate his commitment to the federal government’s storm response even as his administration remains enmeshed in other pressing matters from the coronavirus surge to the aftermath of his Afghanistan withdrawal.

In guidance for reporters issued late Thursday evening, White House officials said Mr. Biden would survey storm damage and meet with government officials from communities affected by the hurricane, which the president described on Thursday as the fifth-largest hurricane in American history.

Mr. Biden said in a speech at the White House earlier on Thursday that he would meet with Gov. John Bel Edwards of Louisiana, along with parish presidents and other local officials.

“Governor Edwards encouraged me to come and assured me that the visit will not disrupt recovery efforts on the ground,” Mr. Biden said. “That’s what I wanted to be sure of. My message to everyone affected is: We’re all in this together. The nation is here to help.”

Ida slammed into Louisiana on Sunday as a Category 4 hurricane, leaving at least 12 people there dead and the power grid in shambles, before its remnants marched up the East Coast and deluged New York and much of the rest of the Northeast, killing dozens more.