WASHINGTON (Reuters) – U.S. presidential candidate Michael Bloomberg, rising in public opinion polls in recent weeks, found himself on the defensive on Tuesday over newly surfaced remarks from 2015 in which he said 95% of murderers and murder victims were minorities. 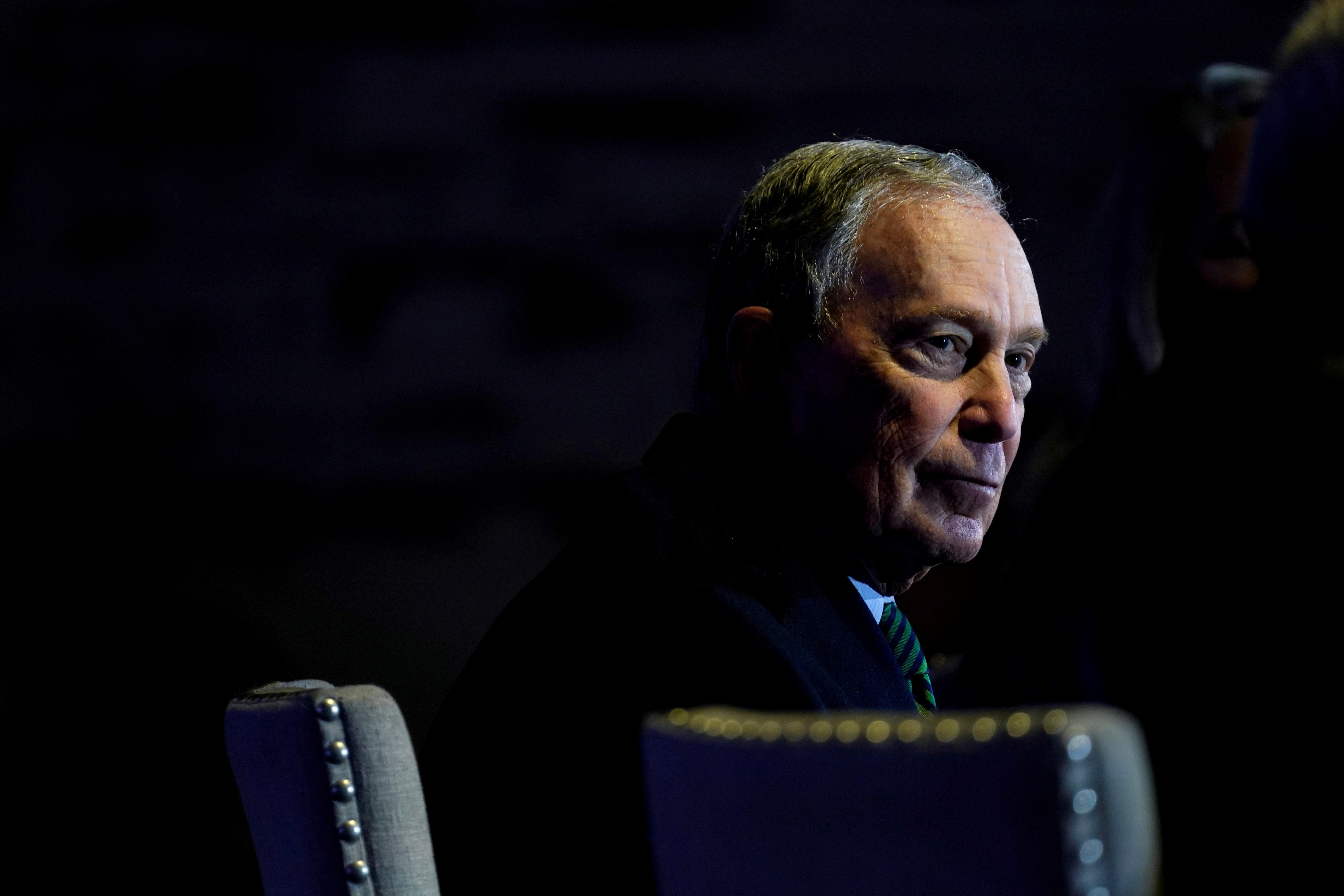 The remarks ricocheted across social media after U.S. President Donald Trump posted an audio recording on Twitter, a sign Bloomberg faces greater scrutiny as he seeks the Democratic nomination for November’s election.

Bloomberg has long struggled with the legacy of the “stop-and-frisk” policing policy he used as mayor of New York, which encouraged police to stop and search pedestrians and ensnared disproportionate numbers of blacks and Latinos.

For years after his 2002-2013 mayorship, Bloomberg defended the tactic as an effective way to save lives, only to apologize for it a few days before announcing his candidacy in November.

The recording that circulated on Tuesday included especially blunt language. Bloomberg is heard saying police need to be where the crime is, “which means in minority neighborhoods.”

“95% of your murders – murderers and murder victims – fit one M.O.,” Bloomberg said. “You can just take the description, Xerox it and pass it out to all the cops. They are male; minorities 16 to 25.”

“The way you get the guns out of the kids’ hands is to throw them up against the walls and frisk them,” Bloomberg said in the recording.

New York police data shows close to 95% of victims and suspects in murder cases were minorities in 2015.

“WOW, BLOOMBERG IS A TOTAL RACIST!” Trump wrote in a later-deleted tweet despite having endorsed the stop-and-frisk policy himself.

African-American voters are expected to make up about a quarter of Democratic voters in the race to represent the party in the 2020 vote.

Bloomberg has gone to great pains to court the black vote, including a proposal unveiled last month to narrow the wealth gap between black and white Americans.

On Tuesday, he restated his apology over stop-and-frisk, saying he had reduced its use by 95% by the time he left office.

“I should have done it faster and sooner. I regret that and I have apologized,” Bloomberg said. “I have taken responsibility for taking too long to understand the impact it had on black and Latino communities.”

Bloomberg is not competing in the first four Democratic nomination contests but is mounting an expensive nationwide campaign ahead of the March primaries. He has risen in public opinion polls while spending hundreds of millions of dollars on television advertisements. 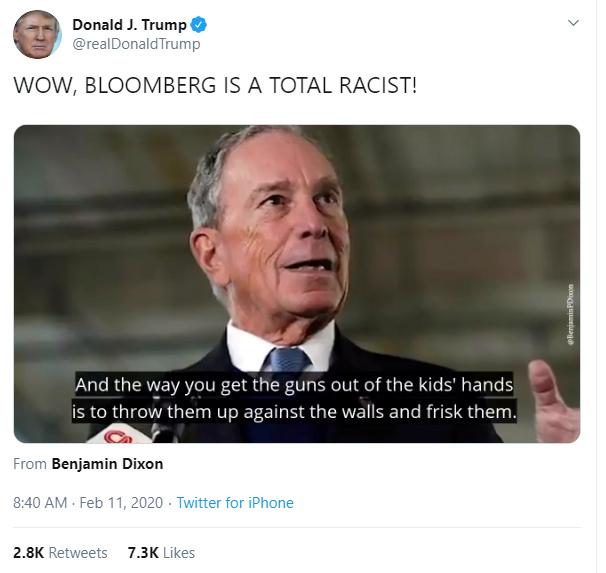 Some Trump advisers have privately expressed concern about Bloomberg as a potential threat to Trump’s re-election because of his ability to spend massively from his personal fortune.

Trump caused controversy in 2017 when he said there were “fine people” on both sides of a deadly conflict at a white nationalist rally in Virginia that was disrupted by counter-protesters.