Boris Johnson has distanced himself from a public fundraiser to allow Big Ben to chime for Brexit, having initially given his backing to a campaign to allow people to “bung a bob” to see it bong. “The House of Commons authorities have set out that there may be potential difficulties in accepting money from public donations,” the spokesman said.

“I think the PM’s focus is on the events which he and the government are planning to mark January 31.

“It’s a significant moment in our history and we want to ensure that’s properly recorded.”

A statement from the House of Commons Commission said it would be an “unprecedented approach” to foot the bill through public donations and “any novel form of funding would need to be consistent with principles of propriety and proper oversight of public expenditure”.

When asked whether people should contribute to the appeal, Mr Johnson’s spokesman said: “I’m just reflecting that the parliamentary authorities have set out some potential problems.

“Our focus is on the events that the Government are currently working on.”

A national crowdfunding campaign was launched on Wednesday – and had raised more than £70,000 shortly after noon on Thursday.

The PM suggested on Tuesday that the costs could be met by willing members of the public, saying ministers were “working up a plan so people can bung a bob for a Big Ben bong.” 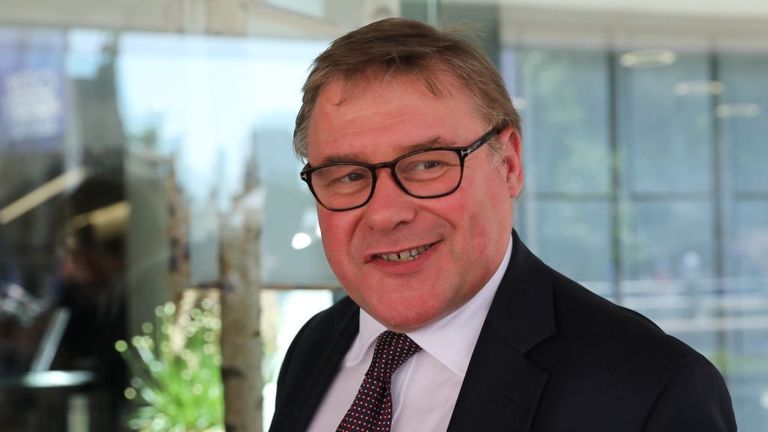 Tory Brexiteer Mark Francois and the StandUp4Brexit group were spearheading plans to help raise the cash to pay for the “iconic timepiece” to ring in the UK’s departure.

Mr Francois told Sky News he had pledged £1,000 of his own money to the cause.

Parliament officials have estimated that the cost of enabling Big Ben, which is currently undergoing restoration work, to sound later this month would be as high as £500,000.

This is because the clock mechanism on parliament’s Elizabeth Tower, which usually powers the hammer that strikes the Great Bell (commonly known as Big Ben), has been dismantled and removed for refurbishment.

A temporary striking mechanism and temporary floor of the belfry where Big Ben is housed would need to be installed in order for the famous bell to ring. When they launched the campaign, organisers said they had hoped to raise the cash by the weekend, due to the time needed to prepare Big Ben.

If they failed to reach the £500,000 target, they said the fund would be donated to the Help for Heroes charity, as would any surplus money if the target was exceeded.

Mr Francois, speaking before Downing Street’s comments, admitted a “Plan B” could be to play a recording of Big Ben’s bongs.

Big Ben has been largely silent since a four-year, £61m, renovations programme began in 2017.

The new clock face, revealed in October, turned out to be dark blue rather than black.

Five things to watch in the Trump impeachment trial