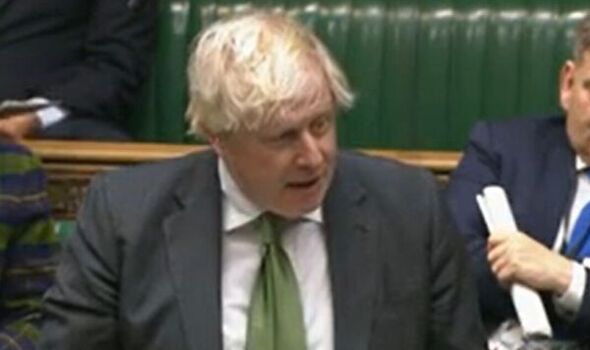 Russia: Boris Johnson says Putin would be 'crazy' to use nukes

Boris Johnson made a major intervention in the House of Commons, urging MPs to ramp up their support for Ukraine. He called on the UK to supply the war-torn country with fighter jets, saying it is the “way to truly protect our Ukrainian friends and bring the war to an end as quickly as possible”.

The former Prime Minister praised the UK and its allies for their support for Ukraine, saying the supply of weapons from the West has been “absolutely vital” in Volodymyr Zelensky’s defence against “continuing and merciless Russian attacks”.

But Mr Johnson added: “We and our allies must help our Ukrainian friends, not just to take out the drones and missiles – and that means supplying them with anti-aircraft systems and fixed-wing aircraft to help shoot them down – but also to take out the launch sites of those missiles and drones by supplying the Ukrainians with longer ranger missile systems such as ATTACMS.

“Because that is the way truly to protect our Ukrainian friends and bring the way to an end as quickly as possible.”

The two leaders discussed the fresh wave of Russian attacks on critical national infrastructure in Ukraine.

President Zelensky thanked the UK for its crucial support to help restore power through the supply of generators.