Trump says he’s close to a trade deal with China but cautions that he doesn’t know if he wants to do it. 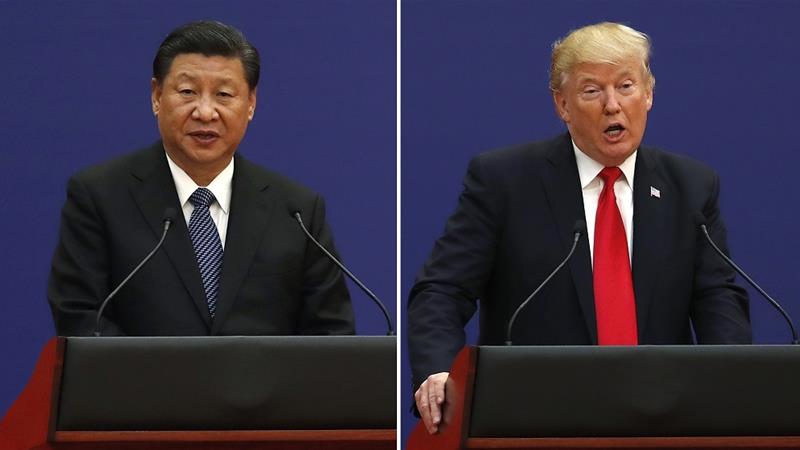 Breakthrough, escalation or time out? It is an open question that will mark the next phase of the US-China trade war as Presidents Donald Trump and Xi Jinping prepare to meet on the sidelines of the G20 summit in Buenos Aires.

The two leaders are scheduled to have dinner together on Saturday.

Hopes for a deal dimmed on Thursday after the South China Morning Post reported that Peter Navarro, one of Trump’s most hawkish trade advisors, was going to attend the meeting.

As he prepared to depart for the summit, Trump both raised and tempered expectations that the two sides could resolve their differences.

“I think we’re very close to doing something with China, but I don’t know that I want to do it,” the president told reporters on Thursday. “Because what we have right now is billions and billions of dollars coming into the United States in the form of tariffs or taxes.”

A prolonged trade war could have significant repercussions for the global economy. In the lead-up to Saturday’s meeting, the White House put the onus on Beijing to break the current impasse.

“If China will come to the table, or in this case the dinner table, with some new ideas, and some new attitudes and some new cooperation, as the president said, there’s a good possibility they can make a deal,” White House economic advisor Larry Kudlow told reporters on Tuesday

The US has imposed three rounds of punitive tariffs on Chinese goods this year and Beijing has responded by slapping tariffs on US goods.

This week, Trump signalled he’s ready to play hardball in Argentina. In an interview with the Wall Street Journal on Monday, he said it’s “highly unlikely” he’ll hold off on plans to hike tariffs on $200bn worth of Chinese imports to 25 percent from 10 percent in January.

Trump also threatened to impose tariffs on the remaining $267bn worth of Chinese imports if a deal fails to materialize.

The US and China have a number of complex issues to hash out.

The Trump administration has long complained about the bilateral trade imbalance between the two countries. Other significant points of contention include China’s alleged theft of intellectual property and forced technology transfers in sectors where US firms can only gain access to the Chinese market if they partner with domestic firms.

Though few expect a major breakthrough when Trump and Xi meet, some believe a temporary ceasefire is possible.

“There will probably be a temporal pause of the trade war immediately after the G20 meeting, but I don’t think the trade war will come to a stop,” Ling Chen, assistant professor at the Johns Hopkins School of Advanced International Studies told Al Jazeera.

“Both sides of the leaders have been unpredictable in their own ways,” Chen added. “But one thing that is predictable is that they are unlikely to easily compromise to each other.”

Kudlow noted in his remarks on Tuesday that the US is on stronger economic footing than China going into the G20. While recent data supports that view, both countries have incentives to put their differences behind them.

The US economy is indeed having a banner year. Growth clocked in at a slower but still robust 3.5 percent last quarter as consumers spent more and businesses invested more thanks to windfalls from Trump’s $1.5tn tax cut.

But investors look forward, not backward. And they’re worried about what’s on the horizon.
In recent weeks, stock markets around the globe have been roiled by concerns over how trade tensions and rising interest rates could affect future economic growth and corporate profits.

Softness in the US housing market, the potential for lower crude prices to negatively impact US oil drillers and an announcement by auto giant General Motors that it’s idling plants and shedding thousands of jobs in the US and Canada have bolstered the view that the US’s economic recovery is getting long in the tooth.

Meanwhile, China’s economy grew a slower-than-expected 6.5 percent in the third quarter- the weakest pace since the global financial crisis.

Economists believe much of the deceleration in China is a consequence of policies designed to rein in riskier borrowing and stabilize debt levels, while tariffs have had only a modest negative impact on growth.

Exports have largely held up so far, though the resilience has been attributed to a rush of orders before punitive tariffs took effect.

The Shanghai Composite Index is down roughly 30 percent this year, making it the worst performer among the world’s major stock indices.

Health of global economy on the line

It’s not just the health of the world’s two largest economies that’s on the line when Trump and Xi meet at the G20.

If the US hikes tariffs in January as scheduled, Asti Sheth, Managing Director at Moody’s Investment Service predicts it could shave upward of 0.2 percent off global GDP growth in 2019.

“We see three channels through which US-China tensions could affect firms, countries, and sectors,” Sheth told Al Jazeera. “First, through their macro-economic effect on growth and trade flows. Second through their impact on financial markets and investor sentiment. And third, through their effect on supply chain and investment decisions.”

In a blog post this week, IMF Chief Christine Lagarde warned that “darker clouds are looming”, over the global economy and urged G20 leaders to pursue growth-boosting reforms that include steering clear of new trade barriers and reversing recent tariffs.

“Success here depends on us acting swiftly,” she wrote, “and acting together.”

How TikTok's owner tried, and failed, to cross the US-China divide
We and our partners use cookies on this site to improve our service, perform analytics, personalize advertising, measure advertising performance, and remember website preferences.Ok