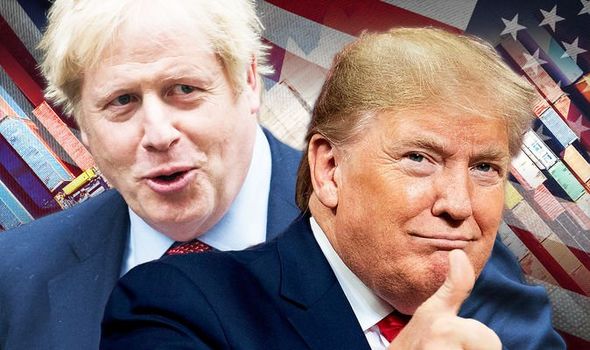 Deputy Commons Speaker Nigel Evans interrupted a debate at 2.30pm to announce the historic moment which clears the path to leaving the European Union at 11pm next Friday, January 31. The predictions by US treasury secretary Steven Mnuchin and commerce secretary Wilbur Ross follow Downing Street indications that Mr Johnson wants the transatlantic talks to run alongside trade negotiations with Brussels.

Mr Mnuchin, below, said a December 31 deal meant an “aggressive timeline” for the talks, but added: “It’s an absolute priority of President Trump and we expect to complete that within this year.”

Mr Ross said a trade deal should not be difficult because the US and UK economies had more in common with each other than with the EU.

He said: “Both are very heavily services-oriented and within services, such as financial services there’s already a pretty high degree of integration and coordination.”

Mr Ross also sought to dampen UK fears of higher drug prices as US pharmaceutical giants look to gain concessions from the NHS.

He said: “What we think is that drugs should have similar prices wherever they are, but I don’t believe we are in any position to tell the UK what they should pay for drugs.” 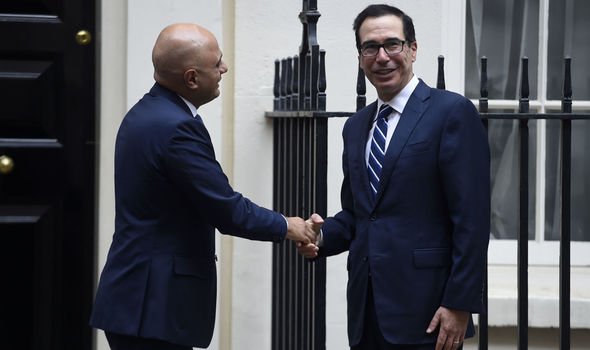 The Prime Minister’s spokesman said yesterday: “Both sides have been clear in public that they want to agree an ambitious free trade agreement as quickly as possible.

“Once we’ve left the EU in just over a week’s time, we will be free to start having discussions with countries around the world, including the US.”

Bernd Lange, below, the chairman of the European Parliament’s Trade Committee, also expressed hope a UK-EU deal could be achieved this year – and said UK-EU relations might be even better after Brexit. 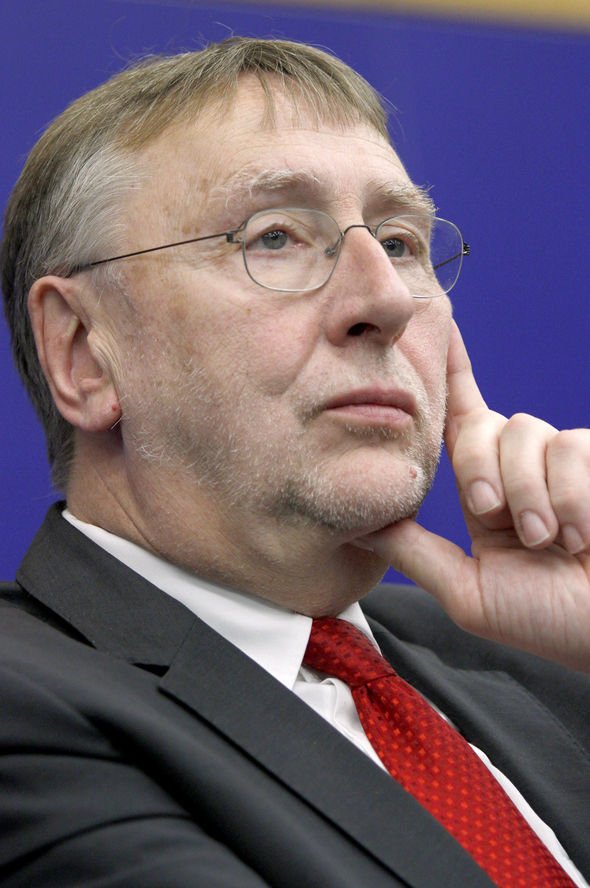 But Stefaan De Rynck, a senior adviser to EU chief Brexit negotiator Michel Barnier, was less optimistic, saying: “There should be no misunderstanding of the fact that the next phase will be more complicated to negotiate than the Withdrawal Agreement.”

“The limitation of time must lead to some dose of realism on what can be achieved.”

Mr De Rynck also insisted the EU was poised to make a “generous” offer to Britain. 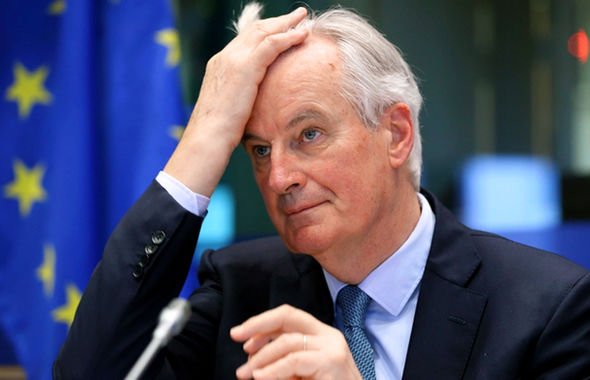 “We are looking at a possibility of a relationship in the trade side where we will have zero tariffs and zero quotas between the EU and UK,” he said.

“And that is a pretty generous offer from the EU – I would say to consider that. Because this is a market of 450 million people at the doorstep of the UK.

“We need to stress this is not something that any other third country has. That access can only come about insofar as there are sufficient guarantees for open and fair competition between the EU and the UK in the future relationship agreement.”

The Prime Minister’s spokesman said: “The EU made a formal commitment to getting this completed by the end of 2020 and we expect that to happen.

“We now approach the next stage of this process in a friendly spirit and there is no reason why we can’t get a comprehensive deal with the EU which works for both sides by the end of 2020.”

Mr Evans interrupted a Commons debate yesterday to announced that the EU Withdrawal Act 2020 had been given Royal Assent.

The Prime Minister and EU chiefs Frau von der Leyen and Charles Michel are expected to sign the Withdrawal Agreement today to officially confirm Britain’s departure from the bloc next Friday.

In a possible sign of looming celebrations, several cases of English sparkling wine were delivered to Downing Street yesterday.

Mr Johnson’s spokesman said: “It has been a long three years, but we have got Brexit over the line and the PM wants to move the whole country forward as one to a brighter future.”

The Queen granted Royal Assent to the legislation after the Bill was finally approved by Parliament earlier this week.

Peers in the House of Lords caved in on Wednesday, dropping their demands for a series of amendments, and allowing the Bill to pass.

In the Commons yesterday, SNP Westminster leader Ian Blackford claimed the passing of the Bill into law should lead to a fresh Scottish independence referendum.

He said: “There is a very clear message that has been delivered from this House that the rights of the people of Scotland are to be shut down and we will have no part of it.”