MEPs could now vote on the agreement as late as April, but a session next month in Strasbourg is more likely for rubber-stamping the Trade and Cooperation Agreement. It is also believed that European Commission vice-president Maros Sefcovic will oversee the implementation of the future relationship pact on behalf of the bloc. Express.co.uk understands the hold up is because of a delay in translating the 1,246-page treaty into the EU’s 23 officials languages.

A source told this website: “Translations will not be finished before February 28 and member states are still working through the details of the deal.”

Despite the delays, Mr Sefcovic, who oversaw the implementation of the UK’s EU Withdrawal Agreement, could be announced as early as tomorrow for his new role.

The top eurocrat will be the EU’s representative for the so-called Partnership Council that will oversee the bloc’s new relationship with the UK. 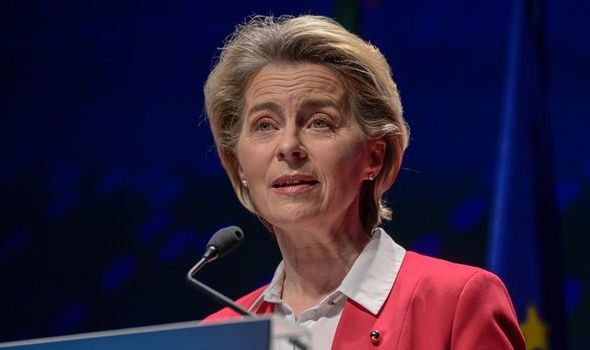 The special EU-UK body, which will also include a high-ranking British minister, is the first port of call for any disputes.

Mr Sefocvic is expected to receive the blessing of his fellow commissioners tomorrow at a meeting of President Ursula von der Leyen’s college.

‘It’s an act of equality!’ FA chief slams politicisation of taking the knee before games