Prime Minister Boris Johnson will chair his first meeting after returning from Northern Ireland as it emerged Britain will pump an extra £2.1billion to make sure the nation is ready to unshackle itself from the bloc with our without a deal at the end of October. Chancellor Sajid Javid said the extra cash will fund a nationwide advertising campaign, ensure the supply of vital medicines, help Britons living abroad, and improve infrastructure around ports after Brexit.

He said: “With 92 days until the UK leaves the European Union it’s vital that we intensify our planning to ensure we are ready.

The news comes as Ireland was warned a no deal Brexit would leave it on the brink of recession and cost at least 100,000 jobs.

A row has erupted after the Central Bank of Ireland issued its starkest warning yet about the dangers of the UK leaving the EU without a deal. 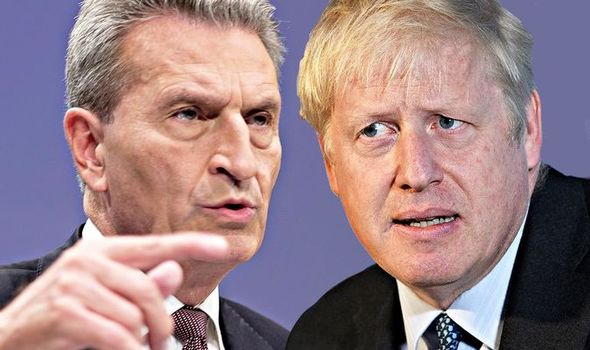 Who is Dominic Cummings? Boris Johnson’s chief advisor expected to leave No 10 this year