European member states will meet for a crucial plenary debate on the bloc’s long term budget today, having failed to reach an agreement after months of gruelling negotiations. Countries are split on how the EU will cover the funding gap left by Britain’s departure from the bloc. Five countries are set to foot the majority of the bill, which will see their annual contributions almost double.

Austria, Denmark, Germany, the Netherlands and Sweden could see their contributions to the EU’s long term budget, also known as the Multiannual Financial Framework, increase dramatically.

Under current proposals, Germany’s net contribution would rise from €16billion (£13.5billion) to €26billion (£22.8million) per year.

Contributions from the Netherlands would increase from €4.5billion (£3.8billion) to €8billion (£6.7billion), while Austria would see its contributions double to €2billion (£1.7billion).

Earlier this week European Council President Charles Michel met with EU negotiations to discuss their priorities for the budget, that will determine spending from 2021-27, ahead of next week’s plenary on the matter.

So far EU states have been unable to agree on the the size of the budget, the volumes of the main policy areas, the revenue sources and the possibility to add new conditions and incentives for the disbursement of EU funds.

But time is running out to reach an agreement, as the budget proposals need to be signed up by the European Parliament in time for it to start in January 20201. 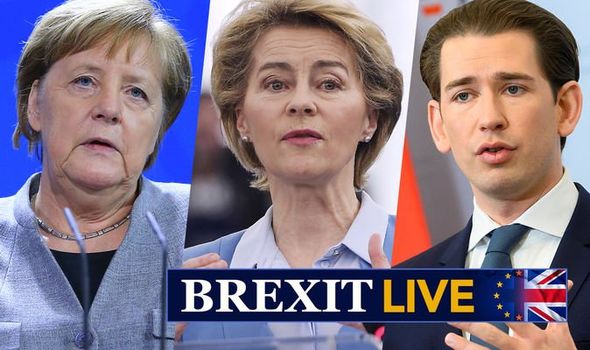 In a column for The Spectator, Alexander Downer, the former Minister for Foreign Affairs in Australia, claimed that one of the most attractive agreements for Britain right now is the Comprehensive and Progressive Trans Pacific Partnership (CPTPP).

“The Bush and Obama administrations were also keen to participate in the CPTPP – indeed the negotiations were driven initially by the Americans – but President Trump decided to withdraw.

“Despite the Americans backing out, the other 11 members decided to proceed with the agreement.

“So the CPTPP covers nearly 14 percent of the global economy and is the third largest free trade area in the world.”