And Number 10 is gearing up with a massive legal showdown with MPs with neither side showing any sign of backing down. Mr Johnson, who will meet Mr Juncker in Brussels for a working lunch, is ready to dig his heels in and ignore new legislation ratified last week requiring him to ask for a delay to Article 50 if a Brexit deal has not been agreed to October 19. He will tell Mr Juncker, who will be replaced in his role by Ursula von der Leyen in November: “We’re leaving on 31 October, come what may – so let’s work hard to get a deal in the time remaining.

He will tell Mr Juncker, who will be replaced in his role by Ursula von der Leyen in November: “We’re leaving on 31 October, come what may – so let’s work hard to get a deal in the time remaining.

“Some MPs have been peddling a myth that I am not serious about getting a deal. Nothing could be further from the truth.

“I am striving for a deal and I think we can achieve this. I will commit UK officials and my lead negotiator to work flat out to come up with a new agreement without being trapped into EU laws.”

Mr Johnson will add: “There should be no doubt about my determination to take us out on 31 October. 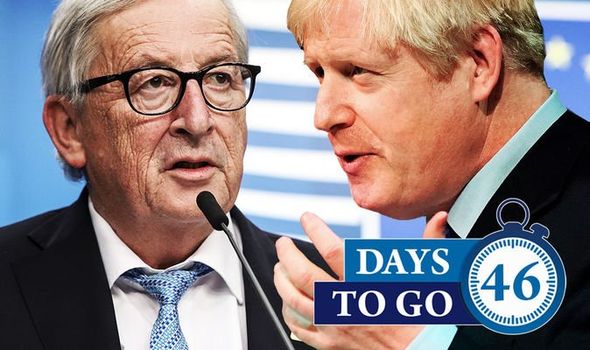 “I will not ask for an extension.

“I absolutely believe that our friends in Europe want an orderly exit, so now is the time for serious talks.”

A No 10 source said: “The PM will not negotiate a delay at the Brussels council.

“We expect there to be a major court battle immediately after October 19 and attempts to pass legislation revoking article 50, which the prime minister will refuse to consider in any circumstances.

“Conservative MPs who want another delay don’t understand that this would probably destroy the Conservative party and put Jeremy Corbyn into No 10.”

SCROLL DOWN FOR REGULAR UPDATES 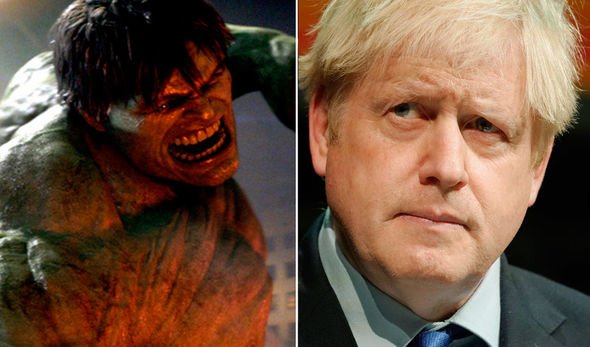 He said: “There’s been a huge amount of work going on behind the scenes. We can see a landing zone in terms of a future deal but there is significant work still to do.”

British people have no confidence in the country’s politicians as the Brexit crisis hits new depths, a stunning poll has revealed.

Almost eight in 10 believe Parliament is in desperate need of reform and 74 percent believe it is not fit for the 21st century.

Seven in 10 think it fails to reflect the nation’s views and three-quarters believe that, internationally, it does not show Britain in a good light.

A ComRes survey, carried out for the Sunday Express, found that almost six in 10 say it has not respected the 2016 referendum result – causing Brexiteers to blame the lack of trust in MPs on the failure to leave the EU.

9.07am update: Boris sends EU warning – ‘The madder Hulk gets, the stronger Hulk gets’

Boris Johnson has sent a dramatic warning to the EU and Remainers in Parliament as he warned “the madder Hulk gets, the stronger Hulk gets”.

The Prime Minister vowed to ignore the law passed by Parliament requiring him to seek an Article 50 extension unless he secures a Brexit extension. He claimed this could be done legally thanks to a secret Government plan, though failed to provide details.

Speaking to the Mail on Sunday Mr Johnson used compared Brexit to the efforts of superhero Bruce Banner, better known as The Hulk.

He commented: “Banner might be bound in manacles, but when provoked he would explode out of them. “Hulk always escaped, no matter how tightly bound in he seemed to be – and that is the case for this country.