Dan Tehan, Australia’s trade minister, was given the go-ahead to meet Ms Truss face-to-face in London this week, despite strict Covid travel rules. It is hoped the two sides will make progress in the trade talks, with the UK putting significant pressure on Canberra to “show us the colour of their money”.

Mr Tehan will arrive in London later today, ahead of two days of negotiations.

The UK is understood to be frustrated with the Australian officials’ hardline stance, as prior to his appointment in December talks were said to be making “really rapid progress”.

Sources in Ms Truss’ department have said Canberra needs to show “some serious movement on their side” to unblock then negotiations.

The trade official has been accused of being “slow to move on key UK asks”, including on sensitive areas in services, investment and business visas – particularly in legal services and management consultancy.

Australian officials said the trade of goods and services between the two countries was valued at £17bn in 2018-2019 – making the stalled talks a potentially expensive delay. 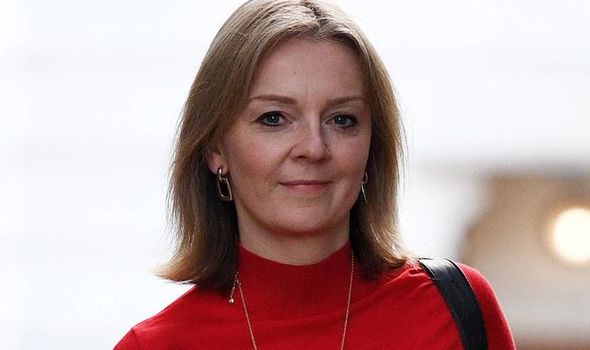 These sectors are viewed as central to the UK economy’s recovery from the Covid pandemic.

Britain is also vying for reduced tariffs on Scotch whisky and cars, which are both currently levied at five percent.

A source close to Ms Truss told the Telegraph: “He is inexperienced compared to Liz. He needs to show that he can play at this level.

“Australia need to show us the colour of their money. They’re great friends of ours and talk a good game about free trade and wanting a deal, but they need to match those words with action.”

Ms Truss hopes in-person talks are the key to breaking the deadlock and finalising the deal.

She successfully used a similar tactic to clinch a trade agreement with Japan last year.