Party leader Jo Swinson promised to stop the UK from leaving the EU if they win next month’s snap poll. She said a £50 billion “Remain bonus” would be set aside for public services in the event of a Lib Dem victory. Outlining her party’s pitch to voters Ms Swinson claimed: “The Liberal Democrats are the only party standing up to stop Brexit and build a brighter future for the UK.

“Brexit has taken far longer and cost far more than anyone said it would.

“But any form of Brexit will damage our jobs, our economy and our public services, starving them of vital cash as the economy struggles along.

“The Liberal Democrats will stop Brexit and then use the £50bn Remain bonus to invest in our public services.

“Every vote for the Liberal Democrats is a vote to stop Brexit, build a brighter future and invest the £50bn Remain bonus in our vital public services.”

The “Remain bonus” mentioned by Ms Swinson is a reference to the party’s assertion that stopping Brexit would generate billions for public finances.

Staying in the EU will see the economy grow faster than under Brexit and see higher GDP, the Lib Dems say.

The Tories say that by voting for the Liberal Democrats could allow Jeremy Corbyn into No.10, paving the way for a second Brexit referendum next year and a second Scottish independence referendum by 2021. 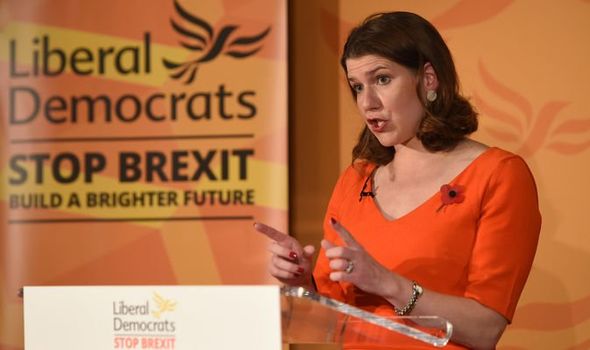 Tory deputy chairman Paul Scully warned that a vote for the Liberal Democrats would result in “another failing, gridlocked Parliament” or Jeremy Corbyn as Prime Minister.

“Only a majority Conservative government will get Brexit done so that we can move on and focus on people’s priorities like tackling crime, investing in our NHS and making our immigration system fairer.”

Ms Swinson began her speech by saying she was “excited” to be addressing the audience as the party’s “candidate for prime minister”.

Such ambition has raised eyebrows in some quarters, given every government since the Second World War has been headed by either Labour or the Conservatives. 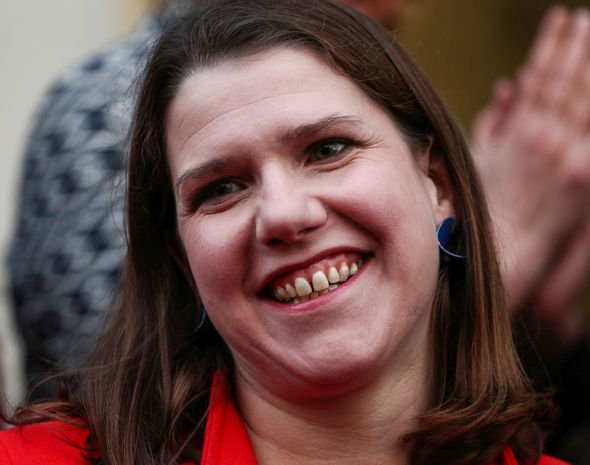 But Ms Swinson said she was being ambitious because “we can be and we have to be”.

The 2019 election could be a moment of “seismic change” where a “new and different politics” could emerge.

“Change is possible and you get to choose,” she said.

The Lib Dems hope to improve on the party’s 2017 performance, which saw it poll just 7 percent of the vote nationally.

Its numbers have been swelled in recent months by the defection of a number of former Labour and Tory MPs, with 20 Lib Dem MPs in the current parliament.