The House of Commons has passed Boris Johnson’s controversial proposal to rip up parts of the Northern Ireland Protocol without EU consent. MPs voted 295 to 221, a majority of 74, to put it past the first hurdle and give the key legislation a second reading.

Prior to the vote, Foreign Secretary Liz Truss said the Northern Ireland Protocol Bill is the “only solution” to resolve trade difficulties across the Irish Sea without the EU being willing to reopen negotiations.

The Foreign Secretary said: “This legislation will fix the problems the protocol has created, ensuring that goods can flow freely within the UK, while avoiding a hard border and safeguarding the EU single market.

“A negotiated solution has been and remains our preference, but the EU continues to rule out changing the protocol itself – even though it is patently causing serious problems in Northern Ireland – which therefore means we are obliged to act.”

Boris Johnson has said Northern Ireland border checks in the Irish Sea could be ripped up by the end of 2022, as the Government preps to get the bill through Parliament by the beginning of the summer recess.

The law will overwrite large parts of the Protocol, eliminating almost all border checks and watering down the powers of the European Court of Justice – something the bloc is furious about.

Brussels has not accepted the UK’s plea for a renegotiation and has launched legal action against the UK. 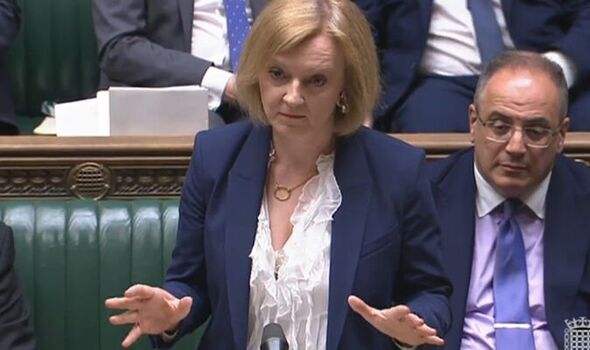 How did your MP vote?

BREAKING NEWS – THIS STORY IS BEING UPDATED

COVID-19: Chaos and confusion over hotel quarantine plan is making Whitehall look like The Thick Of It