Mr Farage suggested Michel Barnier, the EU’s Brexit negotiator, was already plotting with German Chancellor Angela Merkel to tie Britain up in knots between now and December 31 in the full belief that Mr Johnson will push to extend the transition period rather than leave on WTO terms. Writing for the Daily Telegraph, Mr Farage said: “The bold announcement on Monday night that the withdrawal bill will be brought before the House of Commons with an amendment making it illegal for Parliament to extend the transition period beyond December 2020 is fantastic.

“Better still is that a WTO withdrawal is back on the table if the terms of the trade agreement cannot be sorted out.

“Johnson seems to be sincere that our break from the European Union should be a clean one.”

Mr Farage, whose party failed to win a single seat on December 12, said the amendments to the withdrawal bill, will make it illegal for Parliament to impose any further delay. 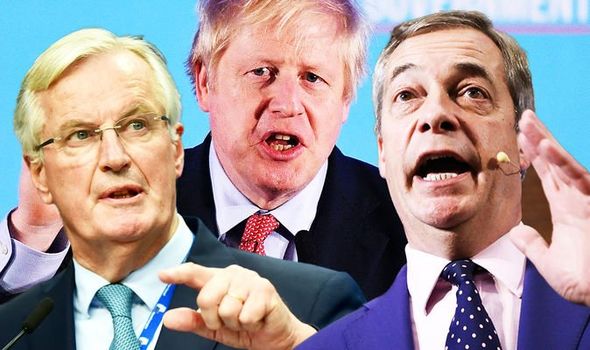 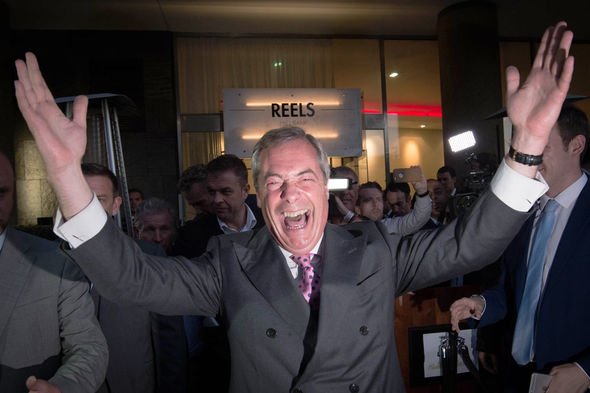 He wrote: “These amendments to the withdrawal bill are without doubt the best news that Brexiteers have heard from the government since 23 June 2016.

“The most pressing question that remains is what will all of this mean in legal terms in our negotiations with Brussels?”

Mr Farage said he saw a “huge potential conflict” between political statements made in the UK and the wording of the documents agreed with Mr Barnier. 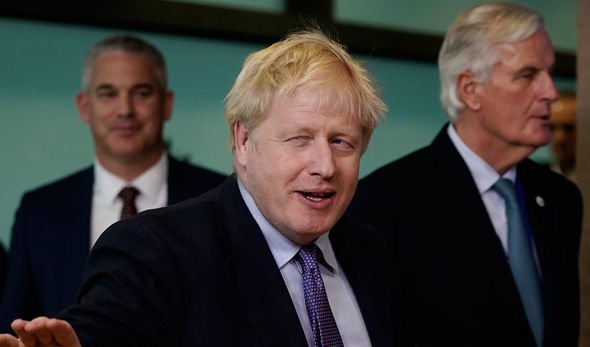 He added: “Some people have tried to reassure me by claiming that the language of the political declaration doesn’t matter very much because it is not legally binding.

“These things, say these optimists, can be negotiated once the deal has passed. I beg to differ.

“Barnier has laid a very clever trap for us.

Horror fight breaks out as McDonnell branded ‘terrorist’ and ‘liar’ in winning speech [VIDEO}
How did YOUR constituency vote? Who is your MP? [MAP]
Bercow left looking physically sick as Tory landslide exit poll unveiled [VIDEO] 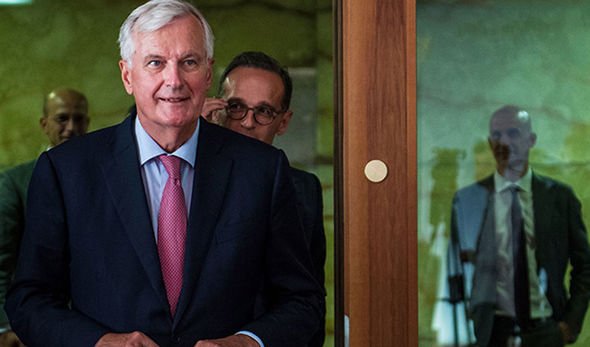 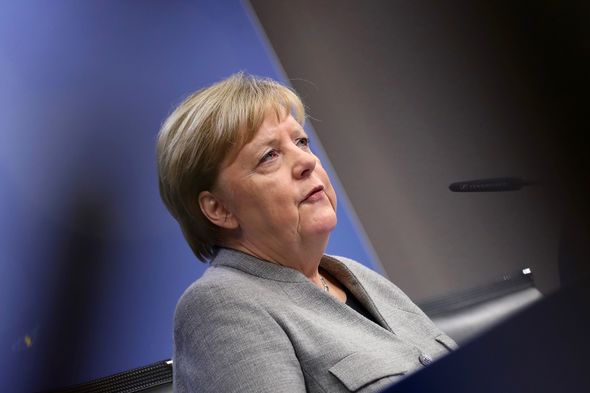 I know Barnier. He will not give an inch

“If this deal is passed then he, together with strong support from the new EU Commission, the European Parliament and EU governments, will be able to point to Article 184 of the new EU treaty.

“I know Barnier. He will not give an inch, believing that the British government would never carry out its pledge to leave on WTO terms at the end of next December.

“From the start, Barnier’s aim has been to make sure that Brexit Britain cannot gain any competitive advantage over EU member states. 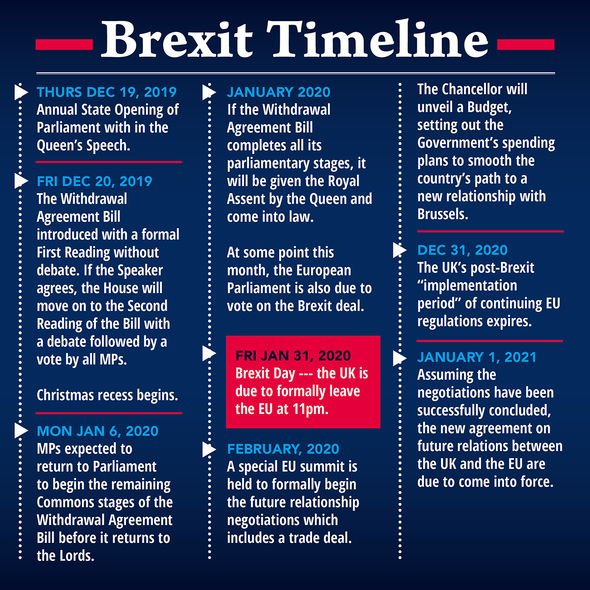 “In this endeavour, he has the support of Angela Merkel, among others.”

Mr Farage suggested a “tangible tension” existed between Mr Johnson’s aim of a Canada-stye deal and the wording contained in his own withdrawal agreement, suggesting some amendments to the wording of the accompanying political declaration making it clear the UK cannot accept full alignment with EU laws.

He added: “This matters because any extension of the implementation period must be submitted to Brussels by July 1, 2020. There is only a little time for us to agree a draft trade agreement.” 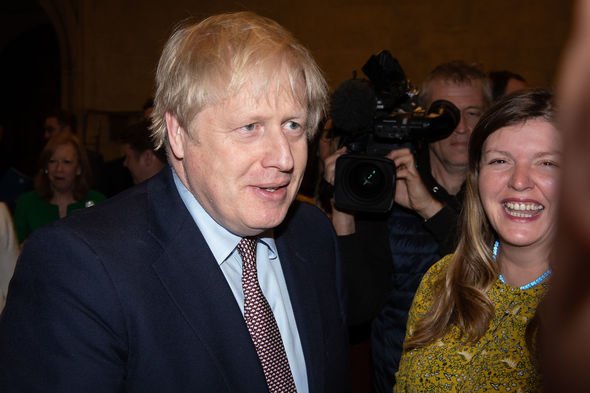 Mr Farage concluded: “Britain must get off on the right foot with Brussels.

“Failure to do so will haul the country back into crisis in June, when Parliament and the government will be deciding whether to give notice to leave the EU on WTO terms or whether to extend the implementation period.

“As we all know, our nation has been through these agonies before.

“I think being totally frank with Brussels now is the best – indeed, the only – way forward.”