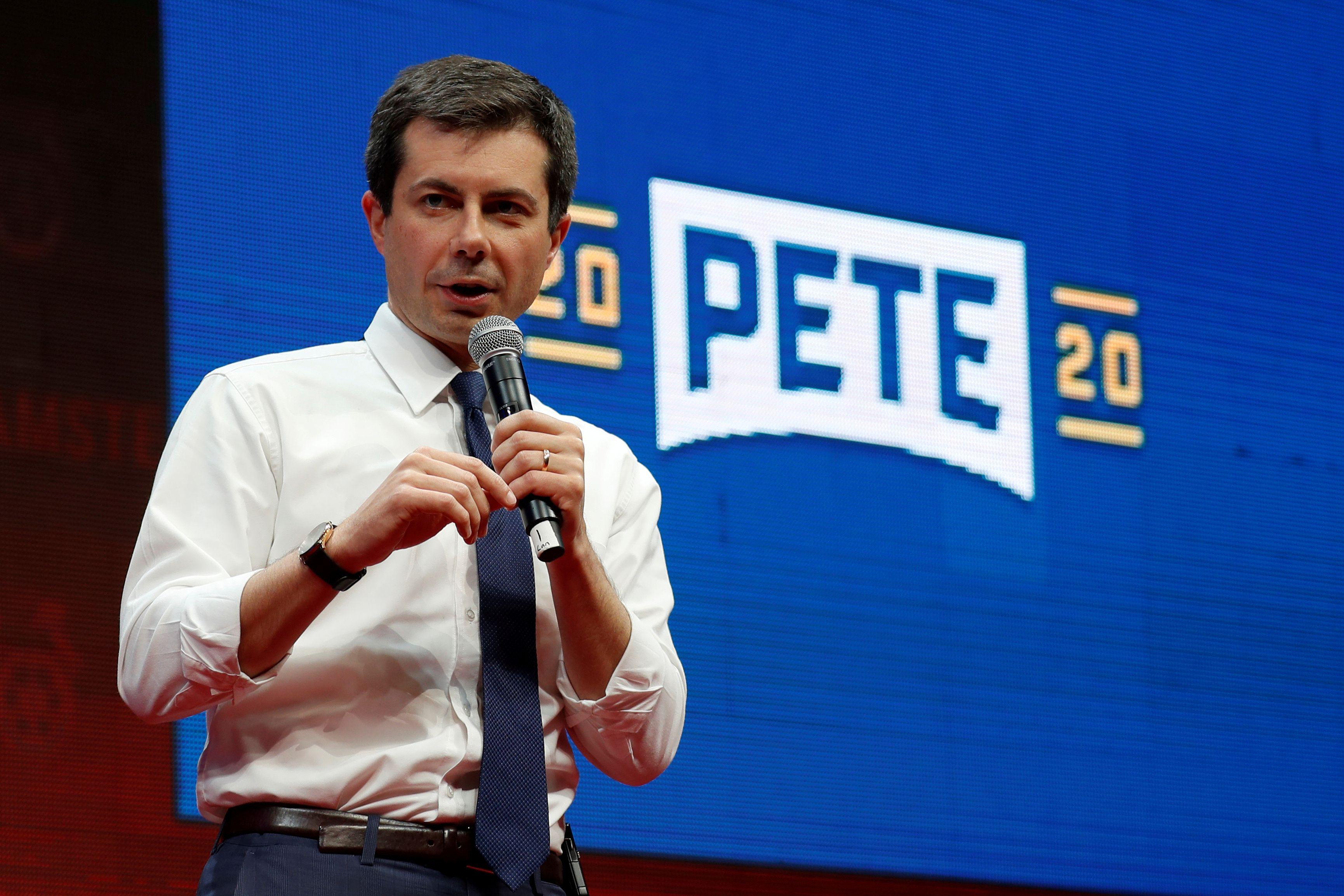 “Nobody thought the mayor of South Bend was going to be an institutional fundraising power,” the South Bend, Indiana, mayor told about 80 donors gathered in the Upper East Side Manhattan apartment of investor Geoffrey Hoguet, who introduced him.

The event focused attention on the tension the candidate faces in being a darling of Wall Street donors who have elevated his campaign while also seeking the nomination of a party with voters suspicious of money influencing politics.

A group of demonstrators scouted out the apartment building where Buttigieg spoke. Pete Sikora, one of the protesters, held a “Wall Street Pete” sign and said the event was a “dead giveaway” that the mayor will not support the redistribution of wealth needed to manage climate change.

“He should put working people first, not billionaires,” said Sikora, the climate campaigns director at New York Communities for Change, a group focused on economic justice.

Buttigieg’s campaign said it would open the donor events, release a list of campaign fundraisers and disclose clients the mayor worked for at consultancy McKinsey & Co from 2007 to 2010 after Warren called on the candidate to be more transparent.

Buttigieg, 37, has been popular with donors, raising more than any candidate seeking the Democratic nomination besides Warren and U.S. Senator Bernie Sanders, government filings show. Buttigieg has used the cash to advertise and hire an army of advocates in key early voting states, raising his profile.

Warren, 70, does not hold big-ticket fundraisers. Both candidates are vying for the Democratic nomination to face Republican President Donald Trump in the November 2020 election.

“One of the first things you learn as mayor, right, is never to say something – never say something in the labor breakfast that you’d be embarrassed to have repeated at the Chamber brunch or vice versa,” Buttigieg told donors, apparently referencing labor groups and business lobby the Chamber of Commerce.

Buttigieg told donors he is making realistic promises that the government can afford but he also said some tax hikes may be needed to pay for his plans.

Who will replace Dominic Raab as Foreign Secretary if he resigns? Two candidates for Boris

‘Why are you NOT depressed?’ BBC radio host bluntly challenges pro-Brexit callers